A couple of new Istanbul Mehmet's and a shout out to Murat!

"I love cymbals"... and while that's not a particularly hard statement to make, it happens to be a true one. As my tag line says, "all cymbals companies make great cymbals but not all cymbals are great" and I also believe that as well. In the past 7 or 8 years I have been on quite an odyssey to "reinvent" my cymbal sound and after playing and owning literally hundreds of models from dozens of manufactures, I had settled into 5 rigs by different brands all curated to accomplish very specific sound. While I have no objection to mixing brands (as I often do it), I prefer to have a rig built by brands (though not necessarily the same series) to achieve a balanced set .

I was recently asked about selling my full set of Agop Signatures and agreed as I knew they sounded better under the stick of the new owner and he would play them much more that I seemed to be doing over the past year. So with that I turned to the "wanted" thread here on DFO and mentioned that I was looking for thin weight Istanbul Mehmet, particularly the Nostalgia series as I'm always on the lookout for thinned and thinner versions if those cymbals.

So then I get a note from our own Murat and The Drummers Hangout in Aurora, Ontario (above Toronto) telling me he too is a Mehmet fan as well as a dealer. He asked if I had played the new (well newer, they were introduced in early 2019) Legend Dry series as he was a big fan and had a couple of thinner examples in the store. I explained that I had not but was very interested so after a few days checking out You Tube videos we worked out a price and I paid the man for a 18" crash and 20" crash / ride (think crash here)!

Let me add here that dealing with him was a pleasure... fantastic service, great to talk with and outstanding packing. Not sure what else I could ask for that he did not already have covered! The box arrived a few days later and I was instantly enchanted! I played them with my Nostalgia 15" hats and 22" 70's series ride at a pick up date Friday night and was over the moon at the sound. I had hopped they might flesh out my Nostalgia rig a bit with some additional warmth and a little trash. I can tell you they did NOT play that nicely with my current Mehmet rig. They are warm and lush to be sure but they are such a different animal from the Nostalgia's that it's an interesting union. Weighing in at 1375 grams for the 18" and 1810 grams for the 20", these are certainly not my thinnest examples in these sizes, but they are so well hammered and lathed that they still keep that think outer wobble and are very quite and soft to the ear and touch. Just very cool instruments!!

Will I keep them and look to the hats and ride from the same series (or maybe a different Mehmet line) or sell them on and not build yet another set? I can't say today, as keeping them puts them more towards the voicing of my Bosphorus bag, but a little more bright and subtle that that set. Either way, a HUGE shout out to Murat for turning me on to these models and the outstanding service he gave. I was nervous about the shipping across the border but he delivered prices were right in line with anyone in the market and I like keeping it in the family as well. I will try and capture a little audio of these soon, but if you've not tried any out, I encourage you to at least take a listen to the vids out there and maybe you too will become an Istanbul Mehmet fan with Murat and myself!

The packing... as good, or better than I have ever received 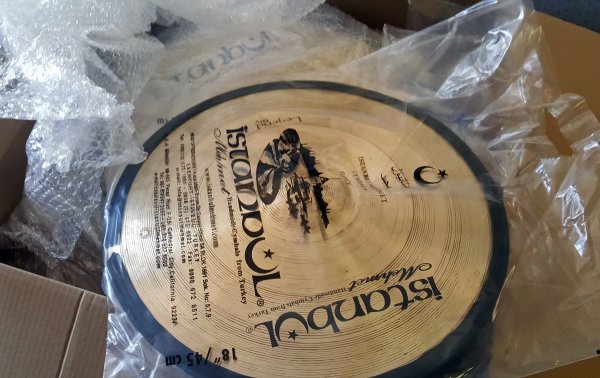 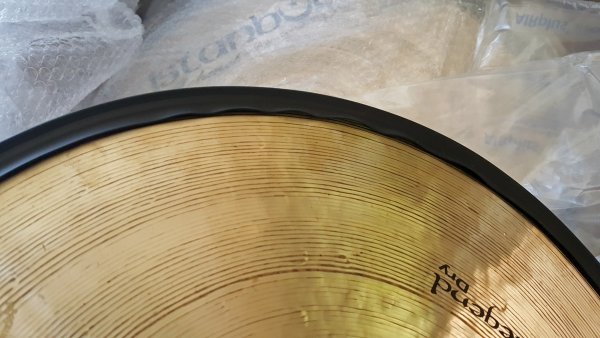 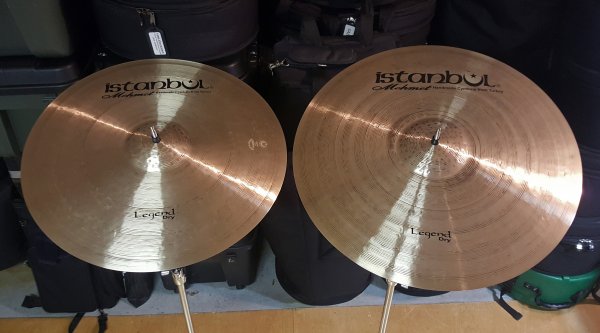 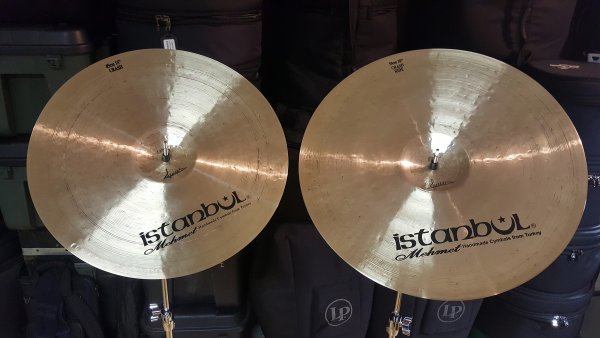 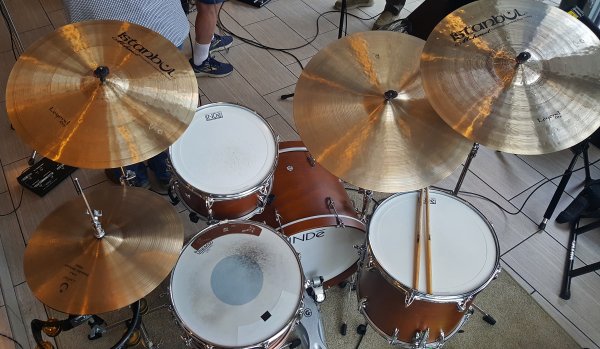 Thank you so much for the kind words Sir ! I am glad everything made it there safe and sound and that you like them as much as I do !

Had a similar experience with Murat when I bought my Sonor bass drum pedal. Had some strap issues and he was great and fast to deal with.

On a similar cymbal note, I went into Revival Drum Shop in Portland OR looking for some used crash. They had a pretty good selection and I was narrowing my interest down and the sales guy came over and suggested the Istanbul Xist line. Hadn’t really even considered them as they were a part of their more affordable line. I almost always opt for high end used over budget and new. He grabbed a 17” Xist crash and it was amazing. About the same price as used but new with a one year warranty.

It is great to buy from great people!

Nice score. The Legend is a really nice cymbal line. I have not played the dry ones but I had my eyes on a 19" at Bentley's and by the time I decided to pull the trigger, of course it was gone.

JazzDrumGuy said:
Nice score. The Legend is a really nice cymbal line. I have not played the dry ones but I had my eyes on a 19" at Bentley's and by the time I decided to pull the trigger, of course it was gone.
Click to expand...

Man do I understand that! I almost always wait too long to make up my mind and end up in the same place!
P

I dig the Mehmet Legend Dry's as well. One of the few Istanbuls with hammered bells.

Murat from Drummer’s Hangout - no relation to Diril
P

I know, just goofin'...
You must log in or register to reply here.

Today at 11:05 AM
JeremiahJohnson
J

How do you know when it’s time for a new drum teacher?
2