Vistalite Black said:
Here's today's TMZ headlines. Are these the types of stories someone looking for "legit news" would seek out?

The Richest Real Housewives Star May Surprise You

Guess Who This Blonde Boy Turned Into!


Geesh. Legit news source! It's almost funny how off the mark that is. Legit!
Click to expand...

Again, they cover celebrities, but are a legitimate news source. I have an affiliation with them.

equipmentdork said:
Again, they cover celebrities, but are a legitimate news source. I have an affiliation with them.

Harvey? Is that you?

equipmentdork said:
Like it or not, TMZ is a legit news source. It's run by a lawyer(Harvey Levin) and like all other tabloid organizations, they have a staff of legal counsel.

That being said, that lawyer-authored press release doesn't really shed any more light on the story. There's tons more we are not privy to. Does anyone really believe that Joey couldn't play two friggin songs with the band that he's played with them a zillion times?

TMZ pays for stories, some that haven't even occurred yet

was JK paid for his?

Tornado said:
Harvey? Is that you?
Click to expand...

wflkurt said:
I don't think that is being snarky at all. It's a valid question and I can't imagine much rehearsal should be needed at all as long as everything is the same. The band I have been with the last 7 years has been pretty inactive over the last few months as we have had to endure the loss of a founding member. He was unable to do any of our summer shows with us as he was battling cancer. We were able to do the shows without him but it left us little time to rehearse as we are all spread out and we couldn't make it happen as often as we would have liked. That being said I have done over 300 shows with these guys and it was pretty easy to slip right back into the swing of things. We haven't played a gig since October and we have some coming up so I know it will be fine.

I just can't imagine the many more years and shows Joey has on me with the same band. I did read Joey's book and I really felt for him. His father was a total a-hole and treated him so bad it almost made me want to cry reading his story. Nobody should be treated the way he was as a kid and it clearly has left long lasting effects on his well being. I hope he is OK and is able to return to the band soon. Aerosmith can't be Aerosmith without him in my opinion.
Click to expand...

1. When you have millions of dollars on the line with an aging band in which backing tracks are used, the concern for him to do it night after night can be a concern and I see why they made him record playing to a click to see if he was up for the task. The concern for performance has much more than most of us.

2. On the other hand, how much practice does the man need to play more or less the same songs for the last 25-40 years?

equipmentdork said:
Again, they cover celebrities, but are a legitimate news source. I have an affiliation with them.

Ever since they broke the Michael Jackson story on his death, I have nothing but respect for them respect regarding gossip.

How much rehearsal is needed to do a few of your most-played hits for TV with your band of 40 plus years after not playing with them for a while?

Maybe he is a bigger mess than people are letting on?

Joey turned away at the door of rehearsal studio (video): 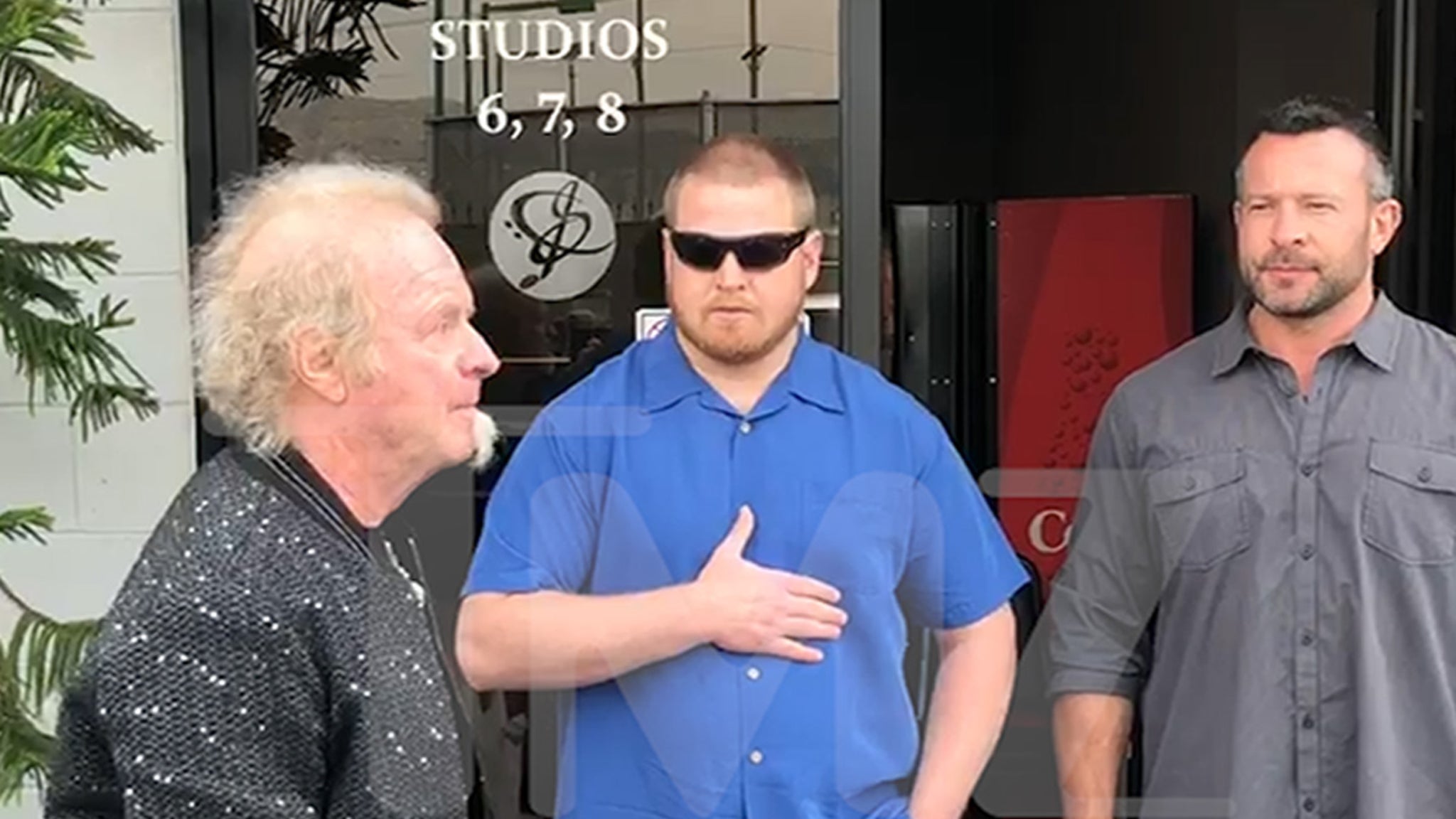 Aerosmith's Joey Kramer Turned Away from Rehearsal By Security Guards

Joey Kramer has been denied by a judge.

Presumably these guys are PROS. I cannot believe after forty to fifty years playing together they need more than minimal time to be ready for any show.

1. When you have millions of dollars on the line with an aging band in which backing tracks are used <snip>
Click to expand...

I didn’t think of this but since Steven and Joe’s performances haven’t been adequate for years, tracks are a must have for a performance like this.

tripp2k said:
I didn’t think of this but since Steven and Joe’s performances haven’t been adequate for years, tracks are a must have for a performance like this.
Click to expand...

So they're going to do a Milli Vanilli or Maryah Carey at the Grammy's? How authentic is that.

ThomFloor said:
So they're going to do a Milli Vanilli or Maryah Carey at the Grammy's? How authentic is that.
Click to expand...

KISS and others seem to be banking on it.

Topsy Turvy said:
I have a serious question, I promise I am not being snarky. After playing together for over 40 years, how much rehearsal time does the band really need?
Click to expand...

I was thinking exactly the same thing. Please...there's much more to this story.

At the Grammys surely they're only playing 2-3 songs, and shortened to fit in around the advert breaks.
Most likely they'd be playing to backing tracks with just a live vocal?

tripp2k said:
I didn’t think of this but since Steven and Joe’s performances haven’t been adequate for years, tracks are a must have for a performance like this.
Click to expand...

They have used backing tracks sense the Pump days.

tdcrjeff said:
Joey turned away at the door of rehearsal studio (video):

Aerosmith's Joey Kramer Turned Away from Rehearsal By Security Guards

Joey Kramer has been denied by a judge.

The comments on that are interesting.

Always wonderful when long-time friends/bandmates have to "talk" to each other through their lawyers.

"He says the “freeze-out” crossed a line when it extended to Sunday night’s Grammy show, where Aerosmith is set to perform a “career-spanning medley" after receiving the 2020 MusiCares Person of the Year award, the breach of contract complaint states."


So after reading one of the articles you guys posted I can see where an adequate rehearsal is needed if in fact they are playing a medley of songs. In my top 40 country band we put a medley of old time country songs together once to close out our summer shows. It was about 15 minutes long with all kinds of tempo changes and such. I actually was given the songs and pieced them together and we learned from that. It was a lot of work and it was really fun but I can totally see why a rehearsal is needed for this.

I actually feel for John Douglas. I'm sure he is a fan at heart and it must be tough to take the chair away from your boss like that. I don't personally know John but I follow him on social media and he seems like a great guy all around and his talents with art and creativity are nothing short of amazing. I would think this situation has to be tough on anyone. Pretty sad to see actually.

Didn't Joey break his ankle? If so, which one? The same thing happened to me but thankfully it was my hihat foot, other kick foot and I rehearsed with a full cast on for much of the recuperation. It is possible. Maybe he's doing what he's being told to do by a doctor. This is what I've personally heard so far. Who are they going to bring in to do it??
You must log in or register to reply here.

Vote for Kerrang's Greatest Drummers of All Time

Streamed Echos In The Canyon the other night