Al Jackson Jr. is becoming one of my favorite drummers. The guitar player in my new band is really into the Stax records sounds, and when I was studying up on the song below (one of the covers we're doing) I realized Al Jackson played on so many songs that I always liked. The drum part in 'Hold On' is so relentlessly grooving--you can hear the roots of future RnB and rap beats. So killer. Every time I use the search function on this site it seems unproductive, so I thought I'd start an Al Jackson appreciation thread. Any info, songs, etc. is appreciated. I know about the Booker T and MGs stuff but Jackson did a lot of drumming in his relatively short time.

All I can say is:

The book "Sweet Soul Music" by Peter Guralnick has a lot of good insight into this subject. 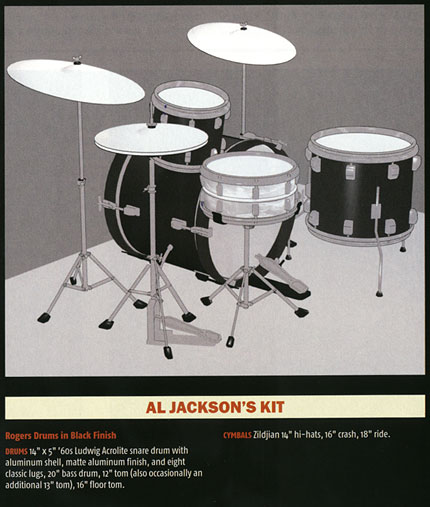 Let's Stay Together 1972 was monumental for a few reasons the backbeat snare tom etc.

He is great to study. Was always so telling of his style, when he stayed on the ride and snare the entire song for Green Onions. I don't think he deviates once. Drums on Wilson Pickett records had Roger Hawkins too, but this here's a great one with Al.

AJ Jr is one of my favorite drummers, and he plays on one of my all-time favorite covers:

"Let It Be" Director Fires Back at Ringo's Criticism