I bet most of us set up for live shows traditionally Center Stage or Upstage Center. And then of course on those cramped tiny bar stages or patio casuals, etc., just crammed into the middle, period.

I’m wondering if any of you have experience setting up at a gig with drums placed somewhere other than in the middle. In particular, Downstage Left, basically angled sideways, looking towards the center of the stage. The few times I’ve done it I really like setting up sideways, but I haven’t done it more than, say five times, over many gigs.
When I’ve done it, I’ve somehow felt more organically “with” the band,--within the band, I should say-- rather than trying to whip it into shape from behind. On a larger stage once without monitors I felt I could hear everyone much more clearly.

The only time I’ve had it be an issue was once on a long narrow stage where we were essentially spread in a line with no monitors except one for the singer. Bassist and guitarist could hear me, but the poor organist on the other end of the stage said he struggled. In situations mic’d up and with monitors, I’ve not had any issue when I’ve been able to convince everyone to try it.

Interestingly, I’ve noticed more of the audience moving over to where I am to watch a drummer from the side, and I’m by no means technical or flashy. I feel more part of the interaction. I think I might even play better.

But here’s the issue: Most bandmates, particularly ones without a strong inner pocket, do not want me doing this, or are skeptical. Or it’s the sound person: Nope, how dare you. Drums are always Right there. In the middle. In the back.

So I’m curious about your opinion. I totally get that the best traditional place is in the center in the back. There are probably a million reasons to do this, but what about Downstage Left or, say, a little farther back partway into Stage Left? I’m talking about a four or five piece electric band, not the Gil Evans Orchestra.

Many forum members know a lot more than I do about acoustics and mic’ing , production, etc., so I could use some education here.

...and stage left as opposed to stage right so everyone can see one of my many sweet snares I obsessed over. 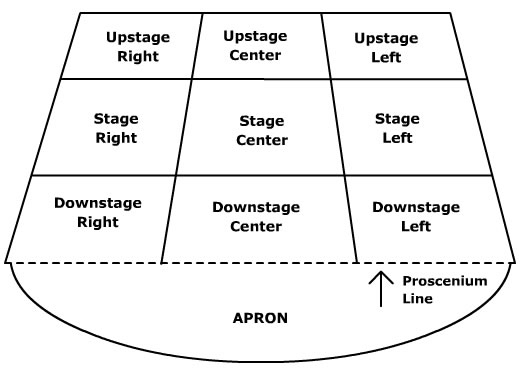 I've admittedly never set up that way that I can remember, but I thought of Night Ranger's stage set-up...The drummer (Kelly Keagy?) sings lead on some (all?) songs, maybe that influenced their set up, but I'm guessing it might be easier when mic'd - maybe in an acoustic/unmic'd situation drums being upstage center/stage center presents a better "sound landscape", drums center, etc...??

Idk, pure guesswork on my part...great question, got me thinking... 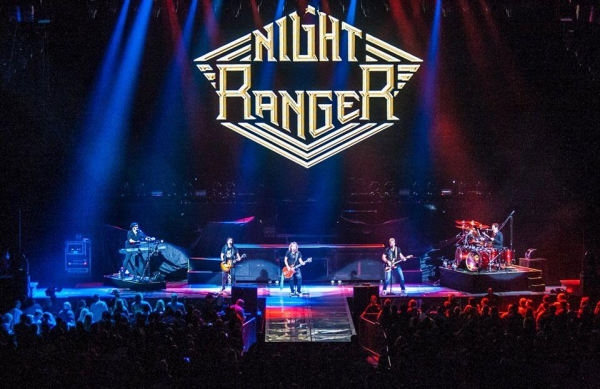 My band has a recurring gig in a small bar that has a very small "stage" area. It is roughly 8' wide x 14" deep. This forces us to set up in what we call the "school bus". The Singer downstage right, and me downstage left (as I sing lead on about 1/3 our songs) and angled slightly towards center, Lead guitarist stage right, Keys/rhythm guitar stage left, and the Bassist upstage "center". I love it personally as I get to interact with the crowd, but having the bass player behind me and almost out of sight requires me to emphasize or "telegraph" signals to him and the rest of the band. I really haven't felt the need to turn completely sideways to see everyone. Plus I'd have a sore neck looking back and forth all night. Added bonus that I don't need a riser, nor do I have to look at everyone's back all night.

We've been doing this gig for over 7 years as it was where we got our start, and it's more like a paid rehearsal for us anymore as we pretty much know everyone in the place.

P.S. I play my Stainless Steel kit exclusively at this gig.

I did my first NYE gig in 2018-19 at a large local street festival. We had a small stage with 20 or so guitarists (it's a kid's acoustic group).....sadly, there was no space for me, so I had to set up my gorgeous vintage Gretsch RB champagne kit to the right of the stage....in the gutter! I was lower than the group, to the side, and becauase of the gutter taper towards the curb, my dang HH stand kept creeping towards me for 2 sets! Still a great gig! But I don't take my fancy kits out to mystery gigs anymore...... 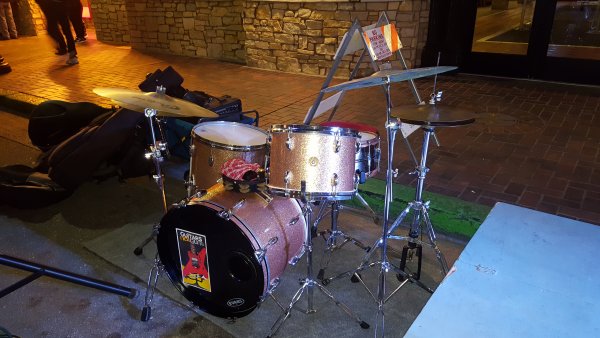 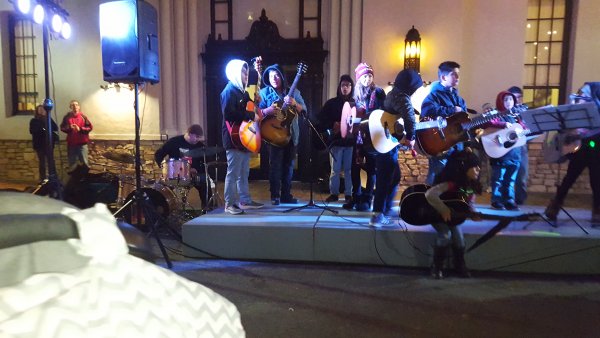 When I saw Zappa with Vinnie, he had his yellow Gretsch kit stage left, with the bass drum pointed towards the middle. It made for a great view of his playing.

I used to set up to the left or right on the stage in front for years with my funk band cuz I hated being in the back with 6 other players in front of me. I loved it cuz I set up sideways and I could follow cues and had better eye contact with everyone. Most venues were cool with it and getting a monitor wedge was no problem. I also play in a 3 piece loud as hell rock band and I try to set up as close to the front with the other 2 guys as I can. Since I’m on in-ears with this band there’s no need for moving a drum wedge and the sound guys have been great with no problems about me setting up where I want. I hate being in the back when all the fun is in the front.

drumstuff66 said:
I've admittedly never set up that way that I can remember, but I thought of Night Ranger's stage set-up...The drummer (Kelly Keagy?) sings lead on some (all?) songs, maybe that influenced their set up, but I'm guessing it might be easier when mic'd - maybe in an acoustic/unmic'd situation drums being upstage center/stage center presents a better "sound landscape", drums center, etc...??

Idk, pure guesswork on my part...great question, got me thinking...
View attachment 446326
Click to expand...

Yeah, NR was the first group I thrift as well.

The one thing I don't like is if someone or something is directly in front of me. As long as my drum set or my line of sight to other band members is unobstructed then I'm pretty happy with any stage position.

If the stage/gig allows, I always set up on the far left or right corner, slightly angled. I did it on a whim one gig, loved it, and it stuck. The band(s) love it as well. Less drums bleeding into the vocal mics, sound guys (generally) like it to. Some gigs don't allow it, due to non moving risers, stage plots, politics, etc. Whenever I'm back in the centre, I miss the side spot. 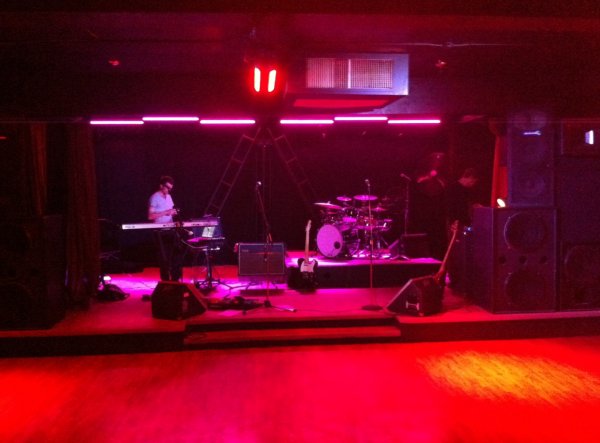 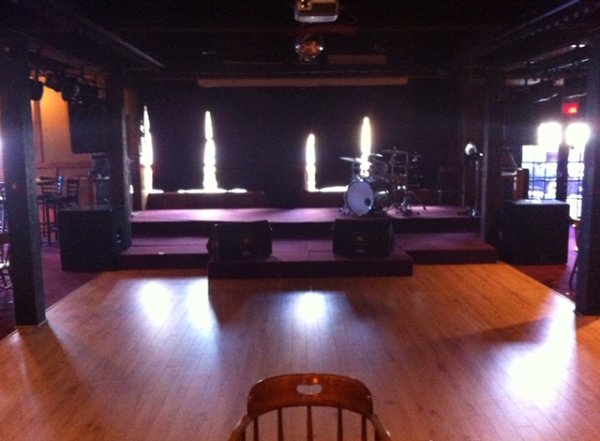 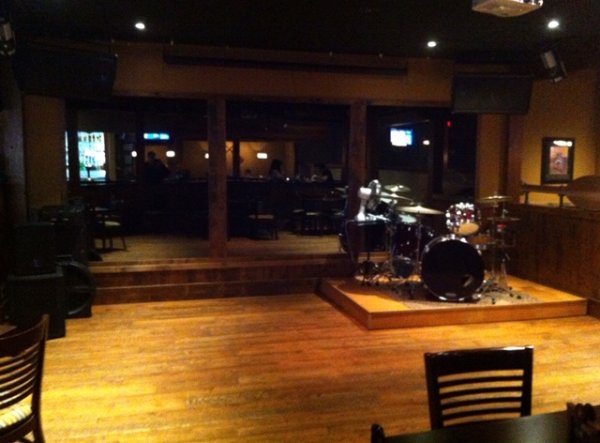 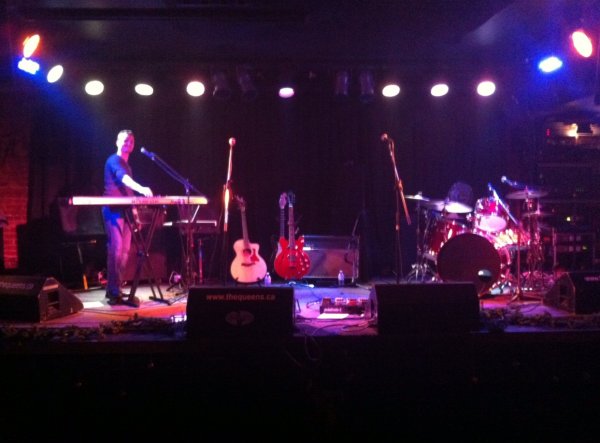 In my trio gigs, I am in the center and slighlty behind the bass player and guitar player. My most unusual position was in my dixieland days when I was right in the front which I always liked as I could really hear well the rest of rhythm section as well as the front line players.

I set up stage right with an 11 piece oldies group - it was easier for me to see cue’s during the gig. Loved it and had no issues with it.

I love playing downstage left/right. It gives a clearer sight to both the band and the audience. Especially in MD situations.

Eddy Adai does this with Typhoon too:

And so Power from The Script:

We used to play a club that had a corner stage with a permanent drum riser that was tiny. The small platform combined with the corner placement made it impossible to for me to set up on it, so I was always forced to set up front and center which was weird the first time (I'm not one to enjoy being the center of attention) but got a lot of positive feedback from it. Some people would comment that they always looked forward to seeing us at that venue "because they could see what I was doing behind there". I got used to it, but prefer to be in the back.

fun2drum said:
The one thing I don't like is if someone or something is directly in front of me. As long as my drum set or my line of sight to other band members is unobstructed then I'm pretty happy with any stage position.
Click to expand...

Sorry, but that goes against the Rules of Band Phyics. Someone, usually the singer, MUST be in front of the drummer. Careful when you go against Natural Laws.

I like playing off to the side, but recognize that a closed bass drum isn't heard as easily by the audience in this position. And that is why, my friends, I am playing the bass drum so loudly.

This position also allows me to see my near-silent singer-songwriter-band leader's strumming hand, and makes it harder to focus on the empty room I'm invariably playing to.

Thanks for the diagram.

With jazz groups using (grand) piano stage right, stage left is a traditional drum spot. Bass is stage center, horns/singers downstage center.
With jazz piano trio , I think it was Oscar Peterson who came up with a different set up: piano stage center looking stage left, drums upstage right/center, bass (up-)stage right. Weird sitting back to back in away, but all players aare very close together that way, gret for cues. Ahmad Jamal uses this setup as well.

It all depends. I used to have a regular gig on a tiny stage. We soom changed the drums to downstage right facing left, piano downstage left facing right, bass stage right, and left it that way. People like looking at drums.

Did a show at Club Passim I Cambridge, long narrow stage, and set up all the way stage right. I liked it. It would be fun to mix it up more often like that.

amosguy said:
Sorry, but that goes against the Rules of Band Phyics. Someone, usually the singer, MUST be in front of the drummer. Careful when you go against Natural Laws.
Click to expand...

In the early 80s I utilized the stage left position and preferred it immensely. As long as I had my usual monitor mix of vocals & guitar, the concept was ideal for me and my bandmates.
Of course the bandstands of the time were larger than the venues I currently play. 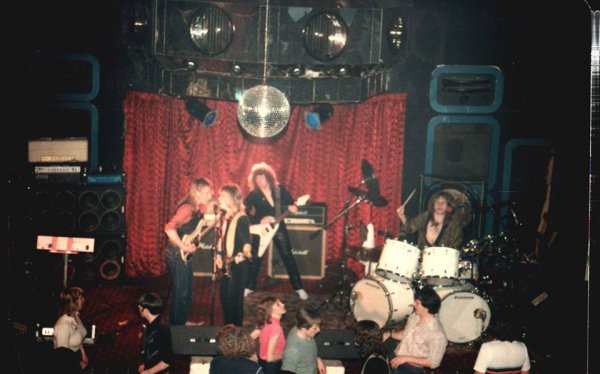 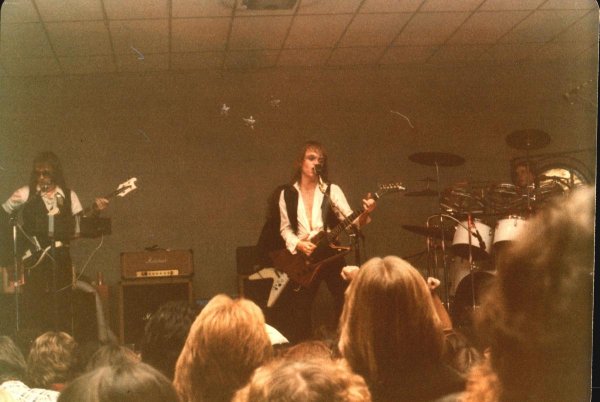 I'm typically upstage center as the stage allows. We've had a few gigs on temporary stages that are only a few feet deep but really wide so I'll set up either left or right of everyone, depending on where the stage is set up/angled towards the audience. If I can, I prefer to be stage right since I sing and tend to look towards my left, so I can see what everyone's doing. The first pic is a place we typically play where I set up stage left because otherwise I'd be in front of a main door. The door I'm in front of just goes to the beer/ice storage room and there's another door the bartenders can access from the outside. The second pic is a now-closed bar that had a shallow/wide stage too. 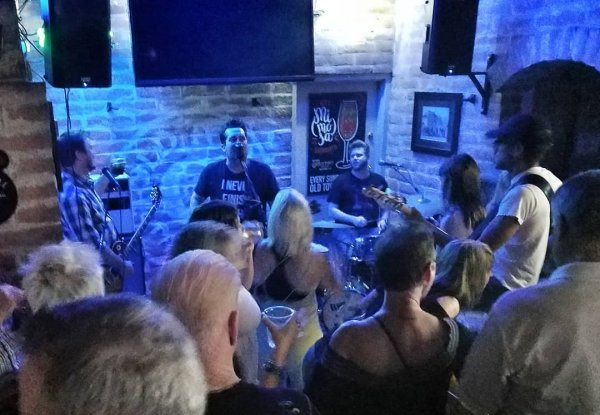 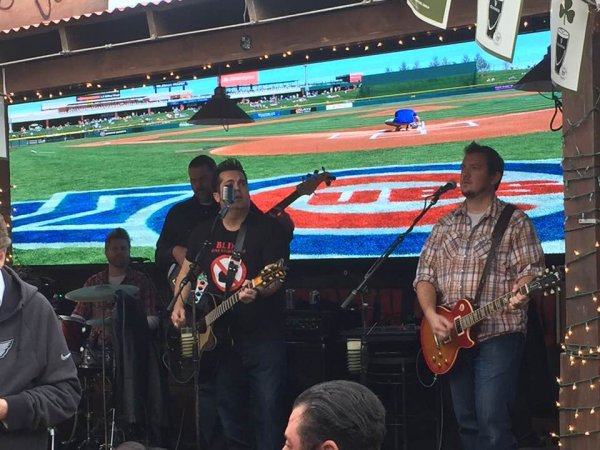 A
Does a cracked wrap affect structural integrity?