Any love for Taye

baltimores and my old Ks hey there's a Taye holder in there!

at me I said don't look at me. there's a Taye holder in there.
See

What a great looking kit. I see the Taye mount...very cool.
L

That was one of two kits I wish I had gotten. The other was a MDS (Modern Drum Shop) set.
N

I’m a FOH engineer and I work with a drummer who was a Taye endorser until they went out of business. We do tons of fly dates (which translates to rented backline gear) and every time he played a rented Taye kit, it sounded great. The drummer owned a few kits and IIRC, one was a gold lacquer like you’d find on a gold top Les Paul. It was stunning, both visually and sonically.

www.tayedrums.com
use drop down menu

Apparently Taye lives on, being available in used condition for sale on several web sites including Guitar Center and Reverb.

Taye GO-Kit. Perfect! Cases Included! $801.00 This Taye GO-Kit is a sweet compact set that will make a great small gig/rehearsal set or a great home practice set. Looks like the guy who bought it as a practice kit, never got around to practicing much! This set is in near perfect co...

A bass player I know had a tour kit (18/12/14) at his home. We did some outdoor Covid practices using it and though he liked the kit dead (rags on drums etc)...the drums had a lot of tone and the stained finish was very very nice.

I knew nothing about Taye, but found this interesting:

Read up on the history of Taye drums. Learn how Taye became so popular.
www.rockdrummingsystem.com

RogersLudwig said:
I knew nothing about Taye, but found this interesting:

Read up on the history of Taye drums. Learn how Taye became so popular.
www.rockdrummingsystem.com
Click to expand...

Not quite accurate. Taye was (is?) an Asian manufacturer that started off making drum parts that were used by a lot of the major drum companies, and was in existence quite a few years before making drums under their own name. Even when Ray Ayotte became involved they had their warehouse in California, so I don't think they were ever considered a Canadian drum company. Even though they pronounced the name of the drum company "tie", the guys who had been around the drum industry for years pronounced it "tie-ee".

baltimores and my old Ks hey there's a Taye holder in there!

at me I said don't look at me. there's a Taye holder in there.
See

I see we have the same barber Joe

Never had a kit but did own a wood hoop studio maple snare.

Single worst drum I’ve owned, sold now. It had a horrible uneven bearing edge which I have since read can be a common problem with them.

But worse yet, is several lug gaskets broke, and 3 lugs broke as well. After getting ahold of them I received replacement parts 3 months later from China. Replaced the broken pieces only to have the same issue again within a year. I ended up ordering all new lugs and replaced them and sold it as fast as I could.

Beautiful drum though, I did get an awesome baby photo of my son with it! 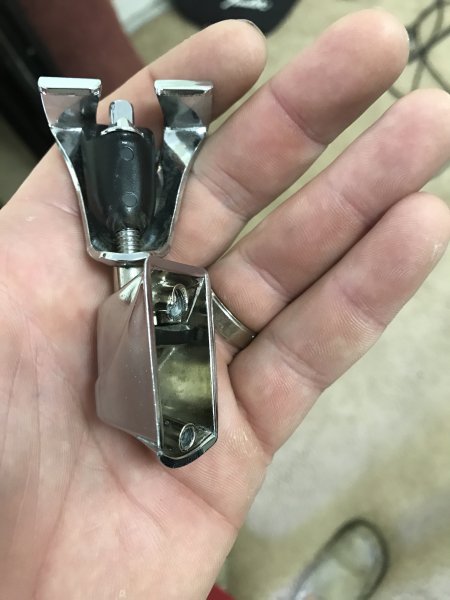 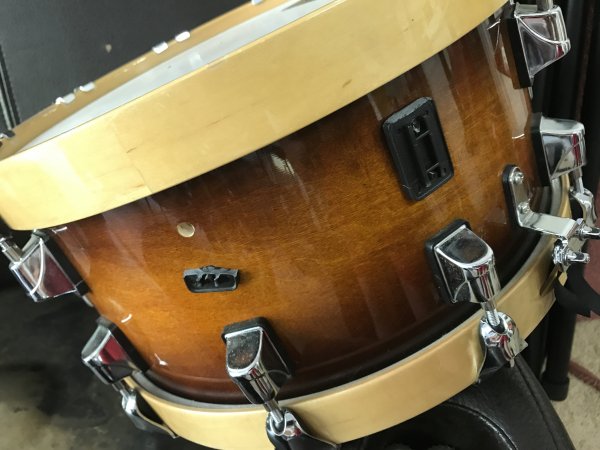