I played washboard for a few tunes with a dixieland band years ago and more recently on some Bluegrass tunes with a country band. It's something that is fun within a rhythm section that likes the relevant genre ...and it makes a change from my more normal be-bop trios .....out of interest I am listed in Tom Lord's Jazz Discography as a washboard player for some recordings made way back .....
.
. 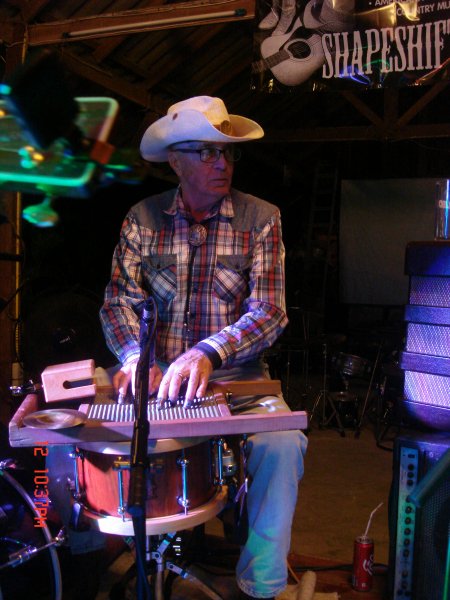 I don't, but I have always admired Billy Ponzio.

I played in a zydeco band long time ago. I had a metal vest that had the washboard set up on the front. Played it with a set of spoons. Danced around like a zombie on fire....but it was FUN

I have a washboard but I can't connect with it. It doesn't seem right for the my gigs and jams. But I still work with it.

I've been playing drum-set in a Zydeco band for about a dozen years. The rub-board, or frottoir, is a crucial element, but we had sporadic players in the early days -- including my wife for a spell. On tunes that had really simple drum parts, I would attempt to play the frottoir with my left hand, and the hat/snare with my right (I'm left handed). Limited success, but better than nothing.

We would leave the frottoir lying around, and the accordion player would invite audience members, usually pretty women, to play with the instructions that "you can't do it wrong." Sometimes it was awful, sometimes not bad. Then one gig about 8 years ago, a delightful young lady took up the challenge and she's been with us ever since. I call her our Mojo. She makes all the difference in the band's overall groove. The audience fawns over her.

The lore is that a proper frottoir should be played with spoons stolen from a Waffle House.
M

Here ya go....some acquaintances.... Devora is amazing and she also plays a mean saw....on that page as well...

I don't play one but, I played in a band where the singer played the frottoir. It was really great when I soloed, the guitarist chucked deadened strings and she played frottoir, it was like having a ostinato to solo over.

My girlfriend has a nice washboard and I attached a small cymbal to it. Got to admit that she's pretty good with it! She even uses those little thimbles on some of her fingers to get different sounds. Wish I had some pictures to share!

Most UNDERRATED Bands in the Classic Rock Era
2 3