I’d stick to the name brands .
tama pearl Ludwig pdp etc as they all have entry level lines
C

I have an old 70s Pearl kit. Sounds very good. Looks like it may be replaced soon - by another cheapish vintage Pearl kit!

That was a good deal. You make those drums sound nice.

Stickclick said:
That was a good deal. You make those drums sound nice.
Click to expand...

Yeah, that's impressive. "It's not the tools, it's the carpenter."

My only super cheap drum, a Yamaha Rock Tour 6.5x14
20-lugger with some type of mahogany shell, bought here on DFO like-new for 70 bucks, it sounds & plays great. 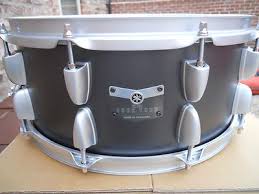 Location
In the White Room with Black Curtains

My first drum teacher had a pet phrase: A good instrument is where you find it.
B

i used to play regularly in a dixieland band that had a MIJ drumset. i think it might have been a Magestic brand. i probably played it 500 times. it didn’t sound too bad. But I swear, on every gig something would break or a screw would strip out or a lug would pull loose. i think i jury rigged just about everything at one time or another. the chrone was lousy too and flaked off in spots. for regular gigging i wouldnt reccomend a cheap drumset. only reason they wanted that set was because it matched their publicity photos. it was like a navy blue marine pearl and matched the uniforms.
You must log in or register to reply here.

Can wrap color tones be different on the same type of wrap?