Played a great mix and match set of 18”ers... UFIP Fast Crash over an old A. Thick and rich, but nothing beats my Steve Jordan copycat set. 17” Trad Thin over a 17” Dark Energy crash. I did recently throw a 17” Masters Dark crash in that mix, just for shiggles.

I had an 18 inch thin dark IAK crash and an 18in K custom dark crash that I made hats. It was fun for like an hour. But for jazz, with the left foot going on 2 & 4, it was quite a workout and just too much!
M

dogmanaut said:
Slippery slope, my friend. Once you give in to 18’s, you’ll be asking about 19’s, and then a month later it’ll be 20’s, then 21’s, etc. Next thing you know, you’ll be drilling mounting holes in a pair of gongs while family and friends try to stage an intervention. Is it really worth it??
Click to expand...

That is one very funny response.

I rocked an 18" medium thin over a rock crash for about 8 or 9 years. I decided I was going to downsize to 16" hats because we started doing a little more progressive stuff and I needed something just a little tighter. But I still can't play 14s. Don't like 'em anymore.
C

My cymbal bag is heavy enough as it is.

Last year, I restored a 1975-76 Rogers Big R kit. All the hardware pictured was used by the original owner. The hats are 16". The Pearl hi hat stand easily handled them. I can't imagine anything larger!

I've heard a few pairs that sounded nice. They just take up too much real estate for me. I have some very special 16" hats. Even those feel strange to me. I've been back on old trusty 14's for a while now.

I would but I think my 16" bass drum would have some beta humiliation issues.

I no longer have any pictures, but I once put two 20" rides together to create a set of hats.
Top was like 2050 g. and bottom was 2268 g.
Both Paiste's (Dimensions Light Ride over Signature Mellow Ride) with noticeable sustain and agonizingly S-L-O-W.
I think a more favourable pairing would've been about 2500 g. over 3000 g.
Currently have a pair of 13's and a pair of 15's. I'm good with those. =)

Can’t imagine a better inaugural reply on DFO than to this thread. As stated previously here, I love the sound of huge hats for recording. Pictured are the two 20” rides I had at the time (Byzance Extra Dry Thin Crash over A Custom Medium). I’ve since ditched the A Custom and use a Paiste Twenty on the bottom for recording. As you may guess, I’m not one for brand loyalty

This setup can be heard pretty nicely on my band’s track Fingers: 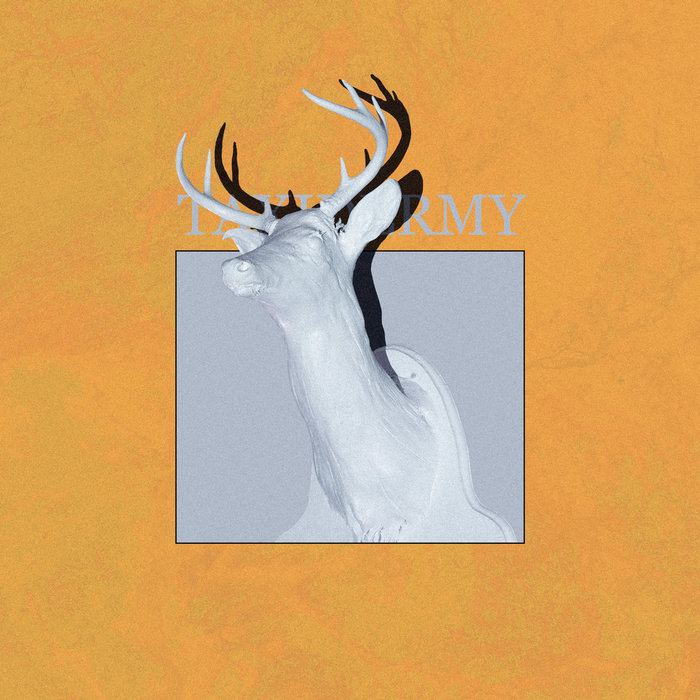 from the album Taxidermy

And heard/seen in this live music video (shot in a very glamorous basement) for Bright Green from the same album:

Glad to see someone made 20" hats work.
Welcome to the forum cayjarlson. =)
T

A while back now I put on 2 pre serial 18 602's. They were basically the same weight 5 g difference. They weren't as crisp as I hoped.
Right now I'm using 17 SE 2002 under a 17 2002 crash for the very reason some of you don't like to use large hats.
After i practice for a while, my left leg gets heavy on me, and I love the sound. I've tried quite a few 17's on top, but none have sounded as nice as the 2002's. I didn't weight the 17 SE bottom, but it's much heavier than 2002 crash on top.
When I put on 14 Sig heavy, or 15 SE, they've become real responsive.
I could have made that a lot shorter by saying I use em mostly to strengthen my L foot.
You must log in or register to reply here.

A Socially Distanced "I Shall Be Released."