Anyone one else playing this weekend 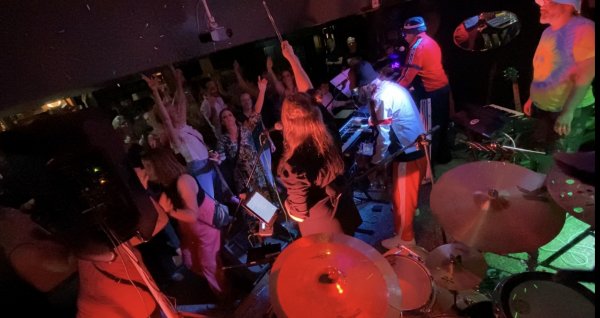 Played a marathon gig last night, and it was the very time I had zero twinges or aches and pains from a long gig - progress! We did 2 sets of 1hr 20 minutes each, mad it was completely brilliant, amazing crowd who really loved it. I think a combination of a) Dave Elitch seat height and posture stuff and b) finally after 25 years learning how to still make it feel good but hit far less hard, means my arms and wrists and calves etc are all happy.

Here's the kit - first time I've ever used the velcro-markings-on-the-rug thing and wow do I wish I'd done that earlier too. 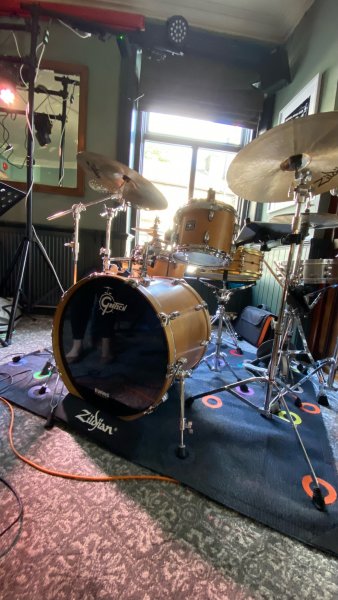 bassanddrum84 said:
Man sorry to hear that, bad house kits are always the worse but atleast you got to play some tunes!!!
Click to expand...

Neither of which of those 2 utilized the toms! That being said, there's this one. Those things were deep! I did like that ride cymbal, I believe a Paiste PST5.

Night one here we go. 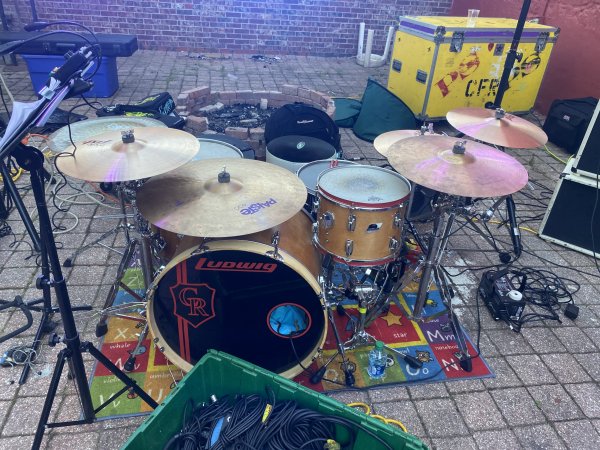 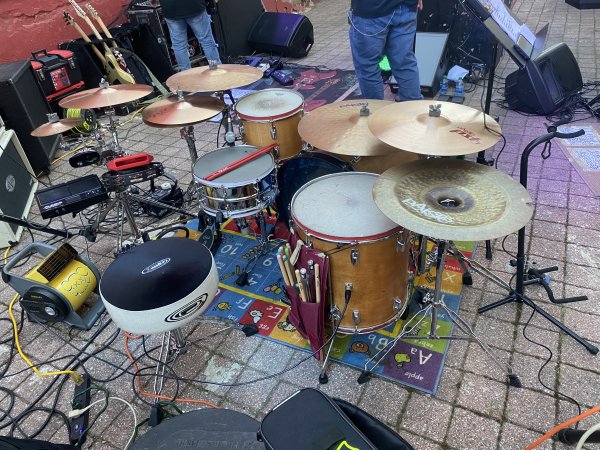 Should be starting things off any minute now. 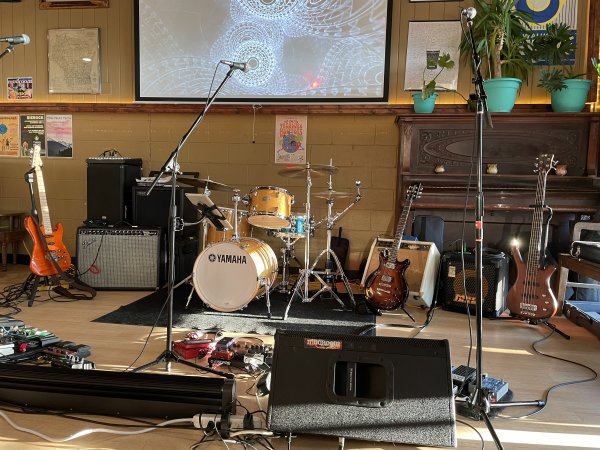 Last night in Albany NY at Lark Hall,
for the first annual Listen Up Awards.
My band The VaVaVoodoos won an
award for the category of
Favorite Punk/Garage-rock Band... 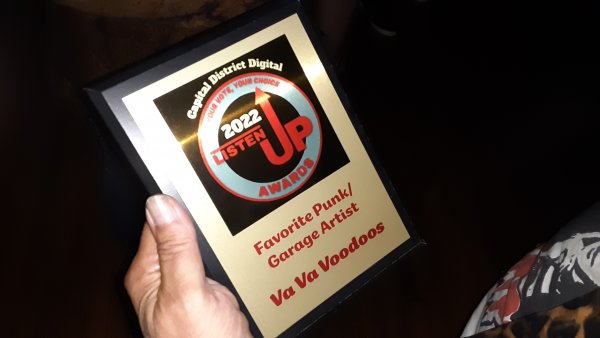 ...as the nominees were announced,
I photographed the projection screen.
Just the nomination itself felt like
a humble honor to be recognized among
many awesome bands and artists
in this category... 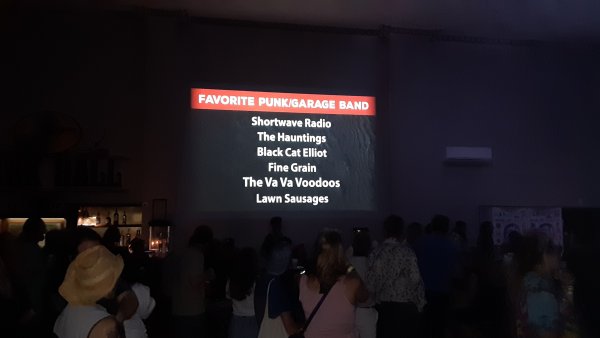 ...and suddenly, the winner was announced.
We never expected anything like this.
My jaw dropped halfway to Australia
as soon as I saw our band name
lit by the red highlight circle... 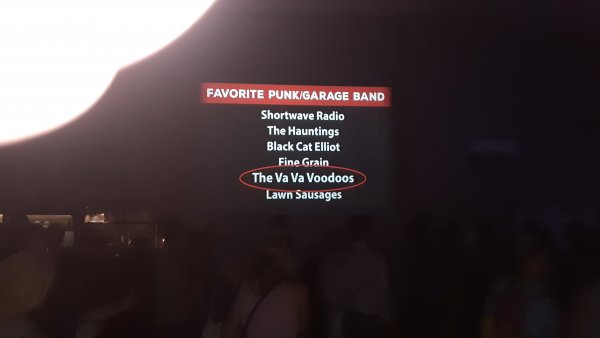 ...we stepped up to receive our award,
and gave Thanks to everyone.
I was still in shock.
After that, I stepped outside for a
cigarette break; I couldn't hold back
my tears.
This is a major milestone for our band,
and for me as well.

I don't know what else to say, but I'm
so happy to have joined this awesome
band three years ago; and this feels
like I'm starting to live my dream
even though I'm almost 57 years old.

I wish I had been doing this 30 years ago,
but this is better Late than Never.

Rock-n-Roll is the Fountain of Youth! 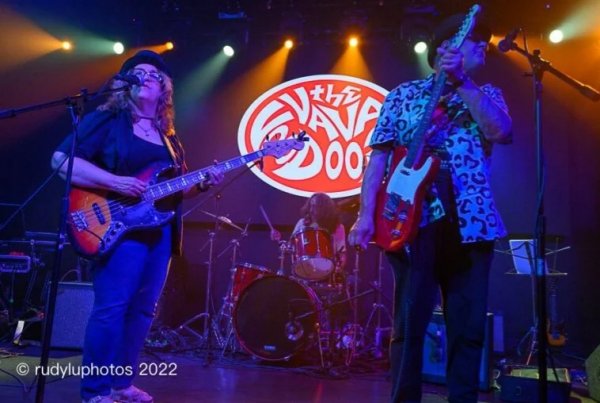 (nah more to it than that Keep going

Their bassist Mystery Meat Sausage
is my VaVaVoodoo guitar/frontman ,
and I'm their rare occasional sit-in
drummer as Voodoo Sausage.
They also own and operate our local
internet radio station Radioradiox.com
and publish our local alt newspaper
Xperience Monthly.

I didn't know that I was being photographed
during the award ceremony.
Funny pics... 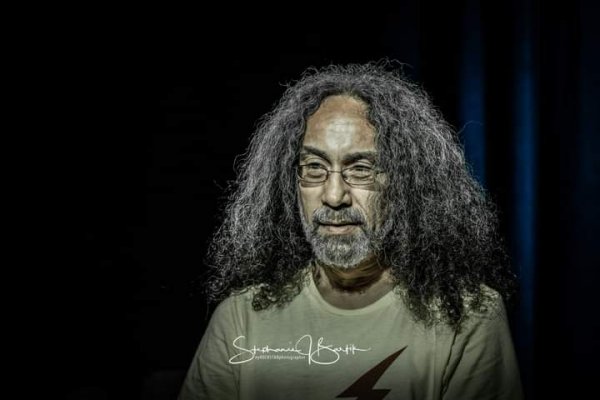 ...I look like I had just "woke from a nap",
Or was "angry at someone".
My band got on stage to accept our
award, and the spotlight was SO bright
I had to squint to protect my eyes. LOL
Dang spotlight tanned my forehead! 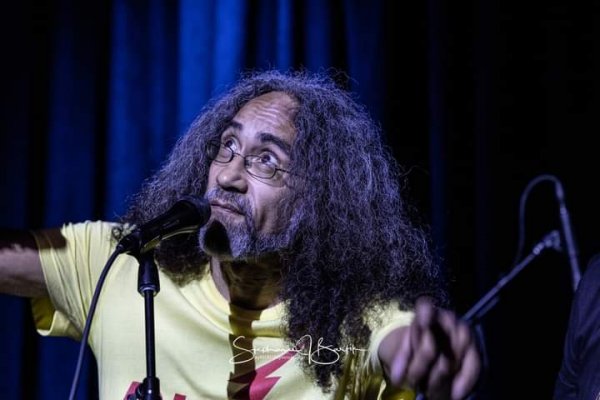 ...this is my
"keeping an eye on that asteroid" face.
LOL

During my acceptance speech I had to
roll my eyes to refresh my vision, and
look everywhere else to avoid being
blinded by the spotlight.

And then, there was this funny category... 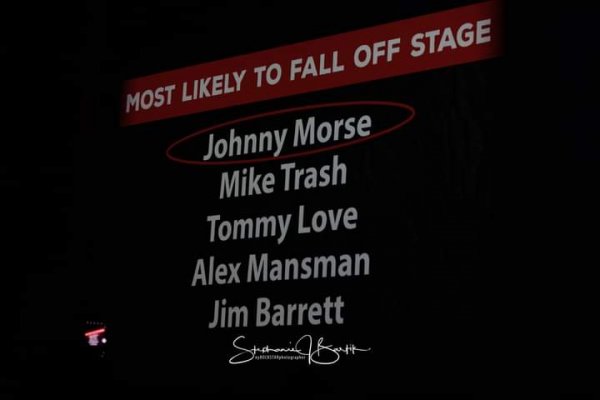 Someone on Facebook asked me
"When will your band get your
first Grammy?"
I told that person THIS is our
first Grammy. LOL
The purpose of this award show
is to mock the Grammy Awards show.
Last edited: Jun 19, 2022
M 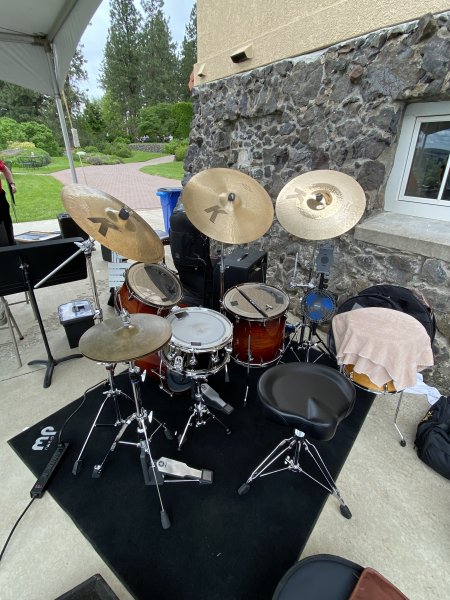 NedPotterDrums said:
Here's the kit - first time I've ever used the velcro-markings-on-the-rug thing and wow do I wish I'd done that earlier too.

I was back out this saturday - last week I used the 'full' kit with this band (two pairs of hats, two rides, two snares) but this week I really fancied a much smaller kit and I loved it.

I think I have to accept that if I have less choice about what to hit I play better... 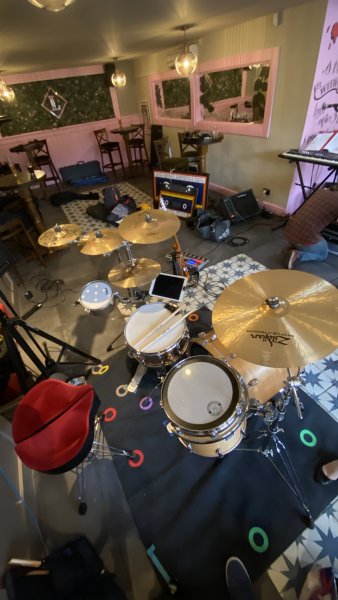 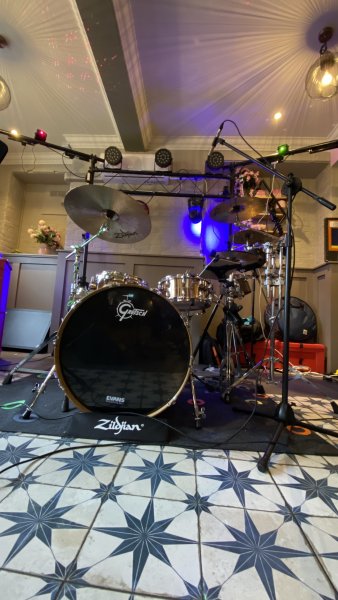 Here we go. Beer tents and town festivals. I love playing drums. Hope everyone is beating on some this weekend 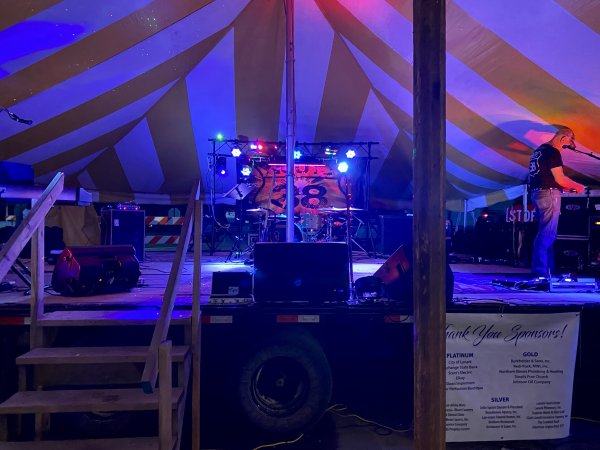 Got to play last night at Brazen Head in Omaha—supposedly a replica of a pub by the same name in Dublin. Lovely place, great food, and the band and crowd had a lot of fun. 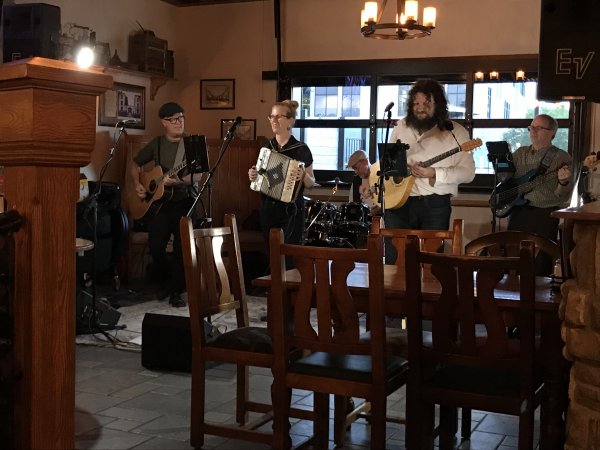 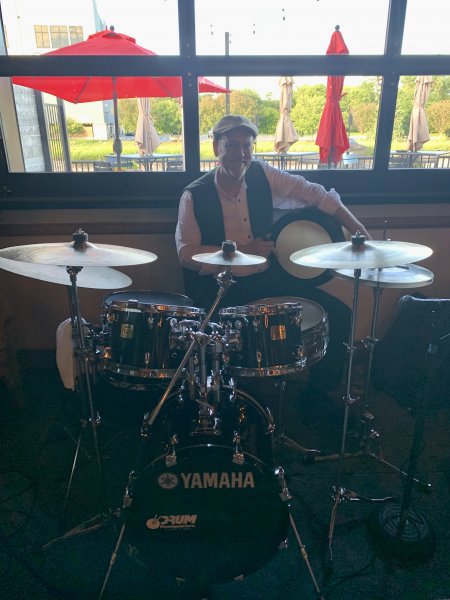 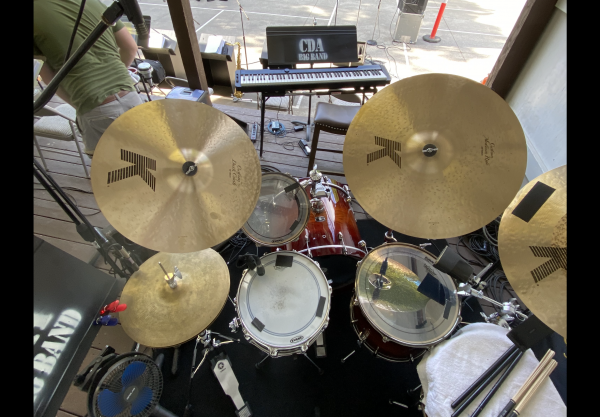 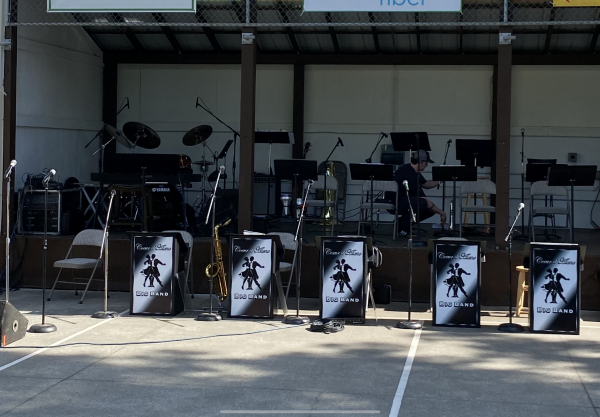 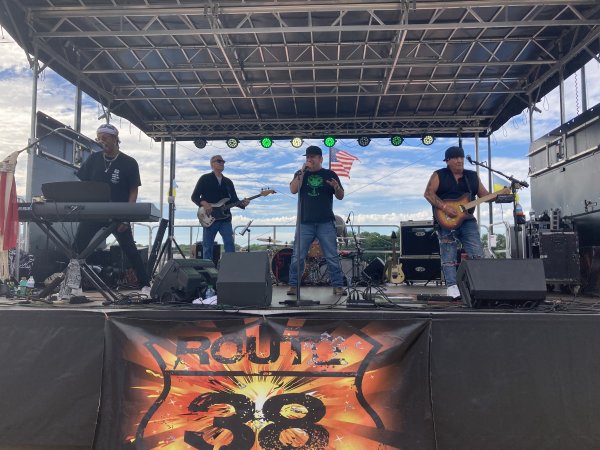 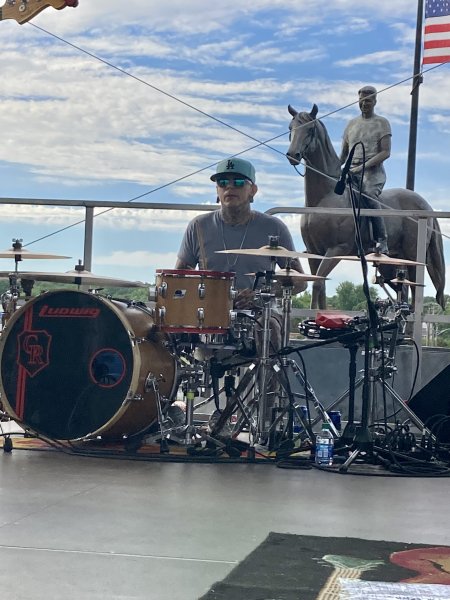 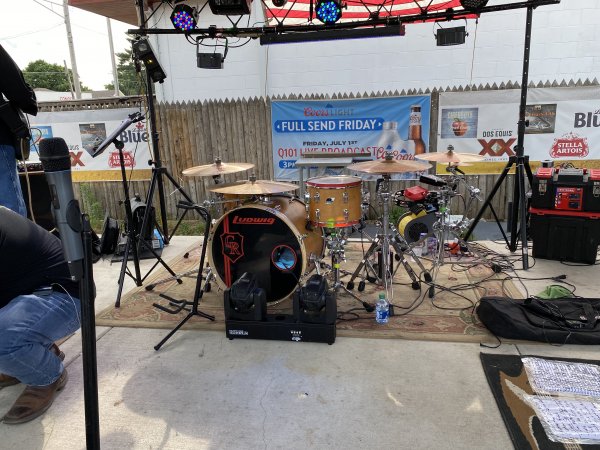 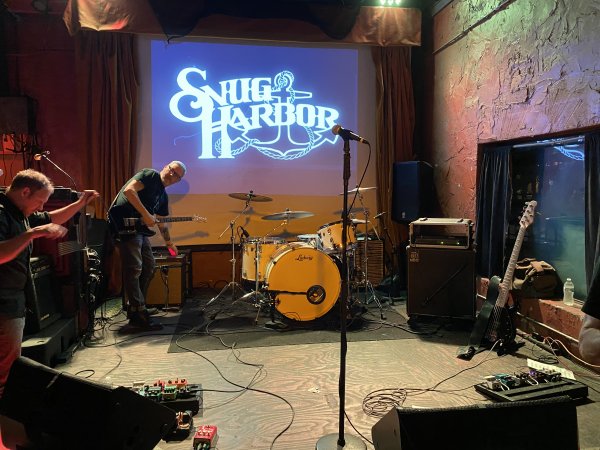