To each their own, but I can’t see myself being on stage essentially pretending to be someone else. It would be too weird to me.

DrummerJustLikeDad said:
Genesis tribute act The Musical Box makes a point of declaring "Exclusively licensed by Peter Gabriel and Genesis." But then, they do get a nice review or two.

"The Musical Box recreated, very accurately I must say, what Genesis was doing. I saw them in Bristol with my children so they could see what their father did back then" - Peter Gabriel

"I cannot imagine that you could have a better tribute for any act. They not only manage to sound, but look virtually identical. It seems as though nothing is too difficult for them" - Steve Hackett

"It was better than the real thing actually. It was great, that was fantastic." - Mike Rutherford

"The guy who does Peter Gabriel is brilliant" - Tony Banks

"They're not a tribute band, they have taken a period and are faithfully reproducing it in the same way that someone would do a theatrical production" - Phil Collins
Click to expand...

They're from my neck of the woods. And they've been doing the tribute thing the right way and for a loooong time. (Going on 30 years). Phil Collins even brought his kids to one of their shows so that they could experience how Gennesis did it back in the days... They pay licensing fees and have gone through the propper channels to receive a green light from the member of G (or their lawayers/managers).

I'm laughing because everyone channel;s something. Pretty raw to say I won't (or) I will be playing something never heard before this evening. Jo Jones said of every beat a drummer played 5 were his..

If you read his article, it doesn’t really establish that tribute bands violate any laws per se. Only when you start confusing the marketplace or hold yourself out as the real thing or falsely imply you are sanctioned by the real thing do you start getting into causing damage. No damage means no cause of action. Without all the elements, it’s not illegal.

Shine on you silly diamond..

One in OKC named

Another Pink In The Floyd

Not sure what that refers to ??

Not sure what that refers to ??
Click to expand...

I'd call my Pink Floyd tribute band "Comfortably dumb" if I had one...

"They must be they're hitting every joint in town"

It 100% ISN'T 'illegal'.
You can't call yourself 'Pink Floyd' or 'The Heartbreakers'. You can't use their logo, images etc. It is all copyright.
Many times the original band or artist are no longer playing live, or even living.
A good tribute band is keeping the music alive and entertaining fans who can't see the music performed live any other way.

"Only play your own music..."
That would put an end to many jazz groups, and most (if not all) symphony orchestras.

vintagedrummersweden said:
"Only play your own music..."
That would put an end to many jazz groups, and most (if not all) symphony orchestras.
[/

Why is playing one artists music exclusive different from anyone covering any song? I love my tribute band. That being said, I'm not into doing the dress up thing in my band.

The last couple times I've gone out to hear music was tribute bands (Metallica, Led Zeppelin). It felt like a bunch of old friends (even ones you didn't know you had) hanging out more than anything.

I might start a Metallica tribute band if some of my old friends are game. It's more just to hang out with buddies and have fun playing than anything else. Maybe we'll get a free cheap beer or two out of a local bar for our efforts. Now that I'm hearing it's potentially illegal, I'm WAY more motivated. (I also don't believe in IP, so there's that.) 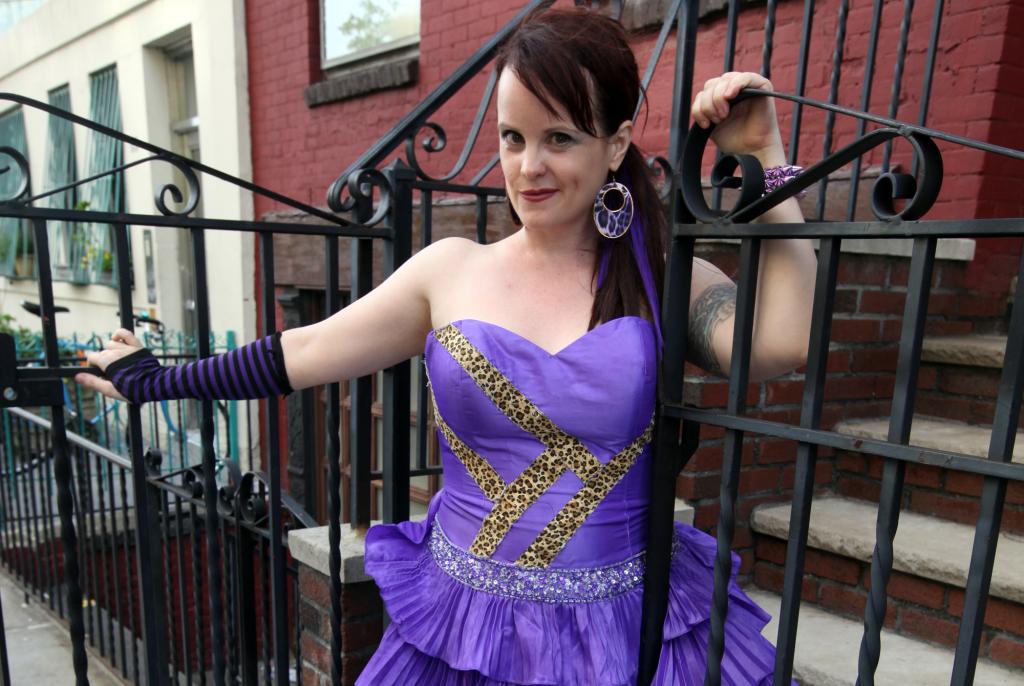 Pink sings about girl power with an exclamation point — but a Manhattan woman who tried to emulate the Grammy winner is getting bullied by a Long Island man who claims she was too old, ugly and unt…

Frank Godiva said:
With tribute acts, however, more is at stake. Not only are the tribute acts performing the songs of the original act, they are trading off the name, brand, images and reputation of the original act. In the legal world we call this personality rights or the “right of publicity”.
Click to expand...