So of course, I'm just sitting around at home. I fixed the kids' bikes, played some basketball with them, and had some free time, so I figured I better build a drum or something! I've had this badly pitted & chipping '69 KB S.S. 5x14 shell because I needed the parts for a COB KB S.S. shell. I've tried to chip off the chrome with various tools with no luck. I don't want to powder coat it, strip it, or whatever. I also found a piece of green vinyl "drum wrap" (ie: naugahyde) that was a remnant from a Yamaha Manu Katche 10/13/16 bop kit I rewrapped a few years back and sold. Back then, I was lazy and didn't want to buy real wrap, so I practiced doing kits using this "wrap", which is basically black with gold and silver sparkles, and looks like dark green. Anyway, I tried again to strip the shell today and had no luck. I then decided to try wrapping the shell with this "wrap". I had 10 bow tie lugs from before as I was going to put them on this shell but the project was shelved once I gave up trying to take the chrome off. I was worried about the center bead but the lugs are holding it pretty good. The cutback of the wrap is nearly 1/2" which was not desired but the wrap is too thick and bunches at the edges of the head.

One thing I figured out about the badge and grommets - I've always wondered how the KB badge stayed on the metal shells. Turns out it's the same grommet, but there is an aluminum sleeve (maybe 1/4" deep) that sits on the outside of the grommet but inside the shell, and the grommet end flares out around it. I was almost able to recreate this but it didn't work, but is still pretty secure. Also, does anyone know what "B.G.A." means stamped into the shell? Looks factory. The shell is dated 11/19/1969 and now has a new lease on life. I put new Puresound wires on it and I had a MIJ muffler, a 2 hole P85 blackface, a 70's script butt plate, modern Ludwig COS hoops, all of which were extra parts. The only thing I had to scrounge up were 20 tension rods - it's a mismatch of various ones but who cares. The drum sounds fantastic especially with the muffler kissing the head. The throw works perfectly and I think it came together nicely! Great way to spend an afternoon.....and both boys helped me with the project, too.....stay safe, everyone! 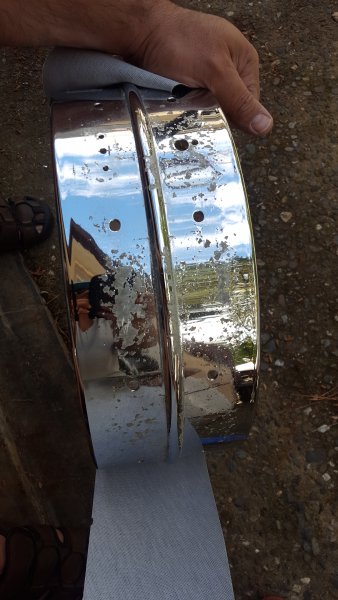 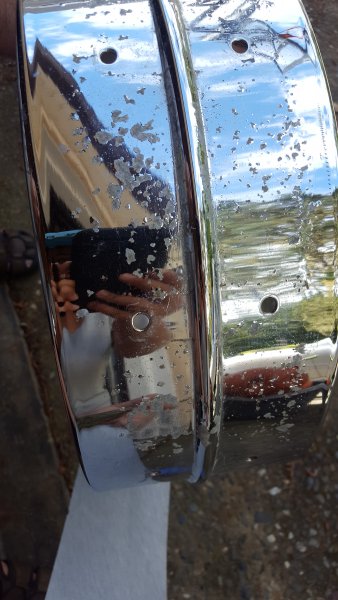 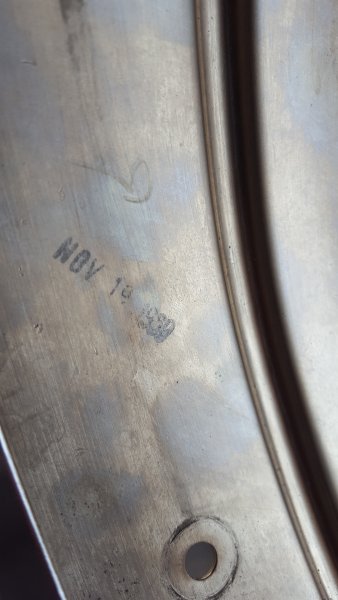 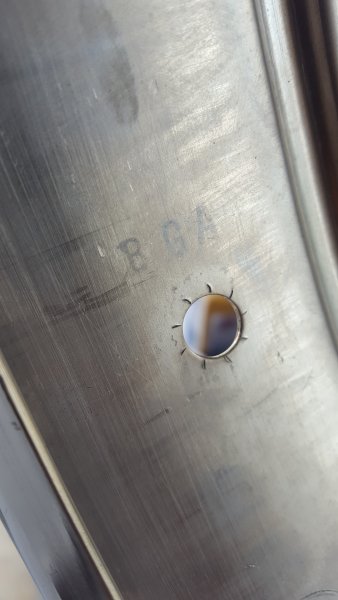 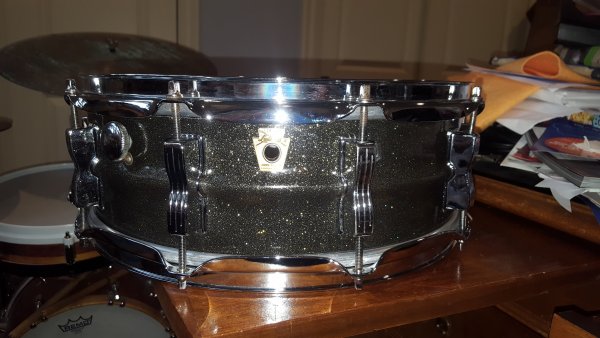 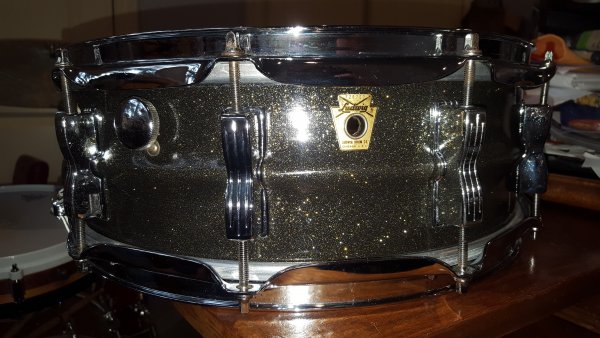 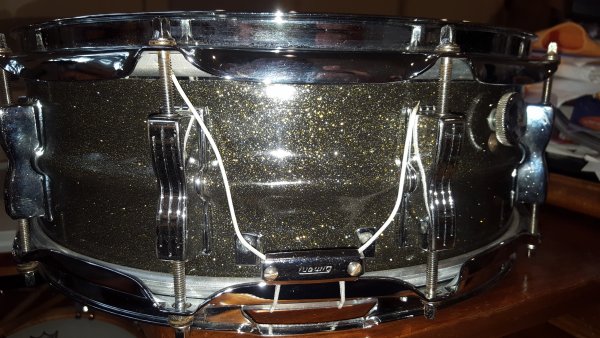 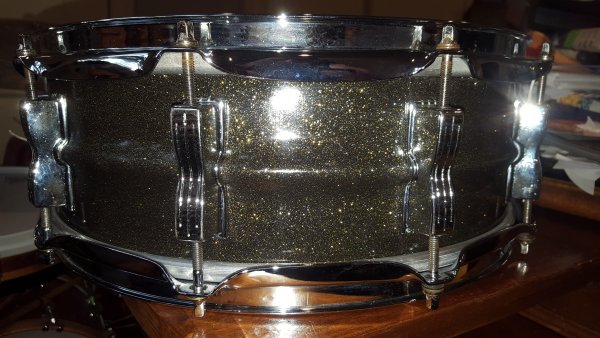 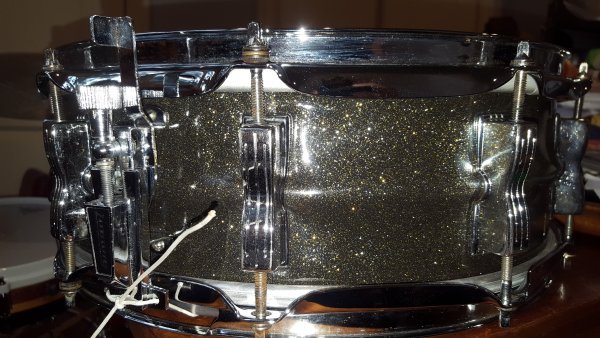 I'm curious how this metal shell sounds with the wrap on it? Can post a sound cloud file for us to hear?

Nicer than I expected! Entirely presentable!

Looks nice
Did you glue wrap?
I did a taped on wrap to a 402 I have and did it in 2 pieces and left the center bead exposed. I don’t hear any difference in the sound on mine.

No glue. I didn't know if the vinyl would bend around the bead and that would have been very messy. You can feel small air pockets as a result at the bead/shell junction. That's okay, though. This project was just to save the shell and make it playable. Also much easier and it's reversible. 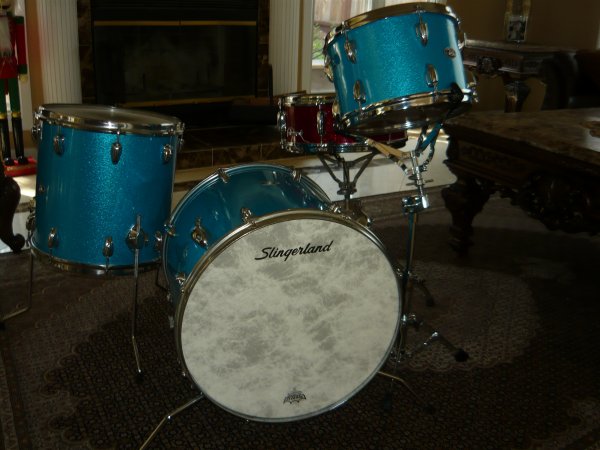 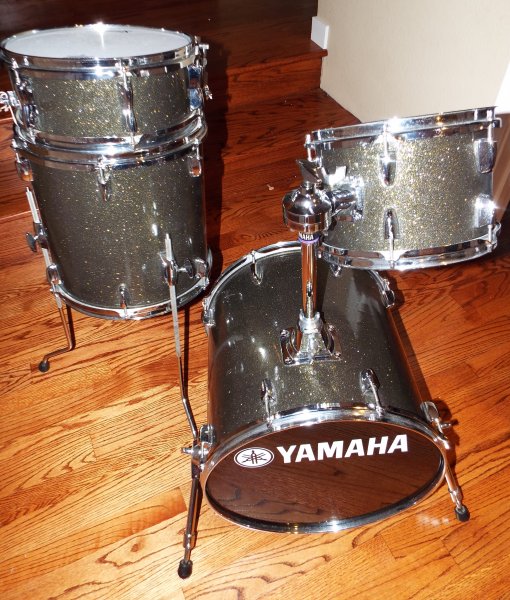 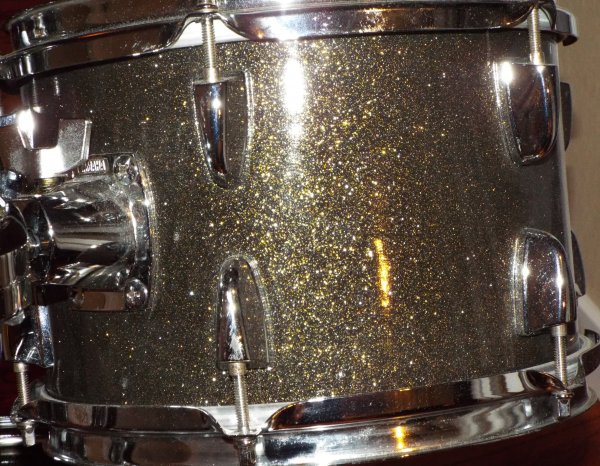 I just found this pic that I saved from 2015. Someone had wrapped their pitted Supra, and left the bead showing. Really like the way it came out.

Supra with bowties? Aren't those rare? In any case, these are quick 'n easy fixes that can get a beat up drum back in gig circulation!


Your drum looks great, as does the OP's.

Mendozart said:
I just found this pic that I saved from 2015. Someone had wrapped their pitted Supra, and left the bead showing. Really like the way it came out.

This is the same thing I did with mine.
Pretty easy fix for a badly pitted Supra.
No glue was used to hurt the Supra’s originality.
Wayne 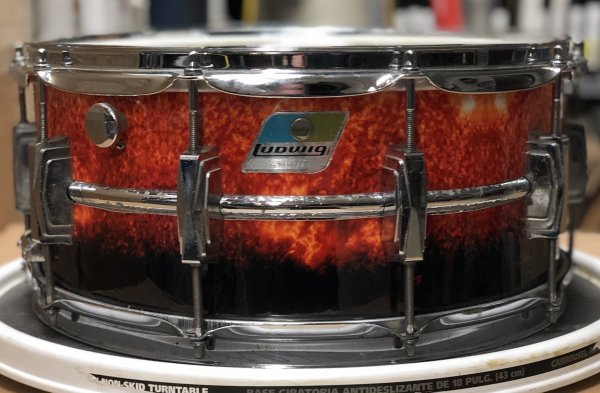 That came out really cool Sargis! All the other drums are sweet as well. Possibilities could be endless.......

Mine is a fake of course! I scored after market bowties but they work great. I like the green sparkle drum but the only "wrap" (vinyl sparkle tape) I have is silver sparkle. I was tempted but it would not sit right over the center bead and was wrinkling. It would have been cool had it worked. I could have "wrapped" it like the green one, but the bead is pretty pitted so it would have looked awful.

Sound is a little "wet" - the 20 strand Puresounds are a bit too much. It sounds a tad fatter than this snare, likely due to the weight of the vinyl. Great classic sound, though!

DrumR69 said:
This is the same thing I did with mine.
Pretty easy fix for a badly pitted Supra.
No glue was used to hurt the Supra’s originality.
Wayne View attachment 432804
Click to expand...

What is that wrap? Wood veneer? Looks awesome, especially on a 6.5".

Bum wrap
It is of a picture I sent to them.
Solar eclipse

I rehab’d a similar drum that had been covered in Fender black tolex (complete with contact cement). I removed the wrap, had a chrome shop strip the shell and had the shell polished. It turned out really well. There’s a thread somewhere hereon DFO about the rehab. I have another waiting. Once you get started it’s really gratifying giving a crusty turd a new lease.... Nice job on this one!! 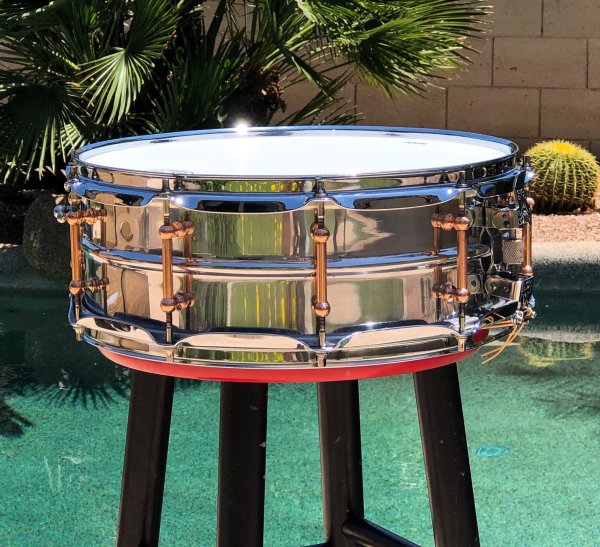