I finally found a use for this cradle I got as part of a trade last year. This kit is super fun! Is anyone playing out using a cradle? Is it any less convenient than using a conventional bass drum? 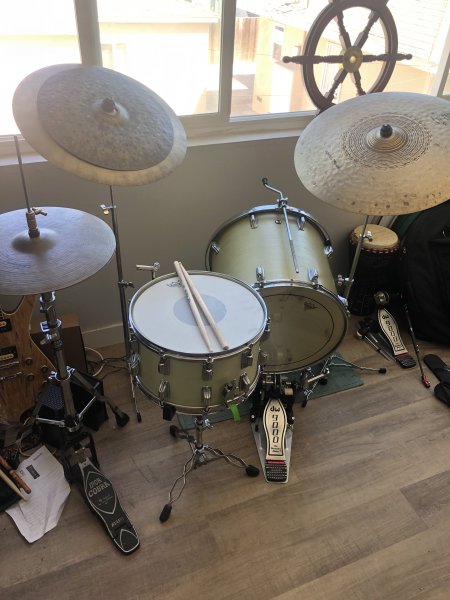 I built a cradle out of some spare pine for an 18” floor tom so I wouldn’t have to convert it. It’s part of a 3-piece combo kit that I use for small gigs, and can still be used as fl tom when needed. It works really well and I agree, the small kit is super fun!

The pine does not scratch the drum?

The best bass drum riser of all time is the D'Amico riser. It is simple, it works, and the drum is solid as can be. These other "plumbing" looking monstrosities are just silly.

I looked at the D'Amico during a period when I was converteing a 16" tom into a bass drum many years ago. I also thought it was best out there but in the end I fully converted the 16" by adding spurs and using a pedal riser. I even put a tom holder on it ... 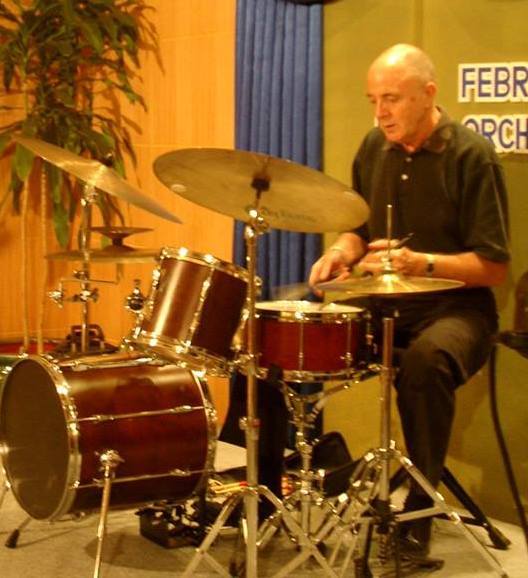 Stickclick said:
The pine does not scratch the drum?
Click to expand...

Good eye I attached some soft fabric where the boards meet the drum to prevent scratching after that photo was taken.

A guy I used to know from one of these drumforums (DCI?) showed me the cradle he made for a 15" Blaemare drum he sometimes used as a bass drum.
It was two small sections of 3 ply white pine plywood with a round section cut out of them for the drum to fit into and a hole towards the bottom for a shank of all-thread, which held it all together with a couple of nuts and washers.
Nice thing was it went together and came apart easily and quickly, didn't weigh much and didn't take up that much space in his hardware bag.
He told me he had originally lined it with some felt but it scratch the drum, so he removed it.
I once had an idea about using the legs from a floor tom to create a temporary BD riser, but everyone told me it was crazy and would never work, so I never did it... ...technically, the legs are supposed to be tucked all the way in, but I can't do that with this drum, so they sit half way out.

Elvis
You must log in or register to reply here.

Will rewrapping a vintage kit kill its Mojo?