“Oh, did you play the last song? I didn’t realize that was you playing.” I’m a novice at a jam session where the other drummers are professionals.

“Are you available for gigs?” I’m not remotely good enough to gig, but this guitar player has asked about three times.

From a bass player: “You listen to *everything* around you.”

And the best… my kids recently told me that when I practice they can’t help dancing in their rooms.

Fat Drummer said:
But oh...... I do have a fun memory from many, MANY years ago and several of your great stories makes me think this this is the right place to share it.

It was maybe 1980 or 81, back when HUGE clubs were still a thing and I had recently moved to Little Rock and saw a flyer hanging at the local music store for an open audition at one of these mega rooms in North Little Rock. I knew nothing about that area, just that it was for a "horn based funk band" that played that house 6 nights a week. What the heck, who did not love funky 70's horn bands... I grabbed my sticks and drove over.

When I arrived I discovered it was cattle call style and even though I arrived pretty early, I kept getting passed over by someone else with always a promise to "get me up soon". I was both inspired and a nervous wreck listening to all the guys play, some were just blowing me away. The band was covering Commodores and EW&F like they were the real deal, it was awe inspiring to a young drummer to be sure. It was now maybe three hours later and 15 to 20 drummers had come and gone when the band leader looks out in the room and says "Oh, your still here? Well, come on up I guess."

I take a few minuets to get comfortable on the kit and we launch into the first song. Gang, it was something I remember to this day.... I was transformed, I LOVE horn bands and here I was playing with a great group of older, seasoned cats that were so tight, the BEST I had played up to that point (and sadley played with very few funk bands afterwards). We did the same two songs that everyone else covered then the leader started calling random tunes, some I knew and some I had never heard before but it was going GREAT. I played 6 or 7 songs (remember, everyone else got two).... I am stoked, man this is MY gig, I can feel it!!!

The leader calls the night and everyone started packing up their horns and he comes over to me and says..... "Damn son, that was a blast! Nice work!". I said, with all the confidence in the world, "thanks man, when do I start?" and he replied, "Start? In THIS band? Ain't no way! I can't put a white drummer in this room, we would all get fired! Seriously, I just felt bad for you that you stayed all day and never got the hint so I let you play. I never expected you would play this good!" I mumbled something about not understanding, that I thought everything went really well and he explained something I had failed to understand (it just never occurred to me) that this was a black club and he would not hire a white musician. I was crushed but in truth, that may have been one of the nicest complement I ever received!

I never went back but I did hear through friends who remained in Little Rock that a few years later the room was no longer a "black club" and that the band was a full mix of musicians. I would have been over my head for a full night I'm sure at that age, but I always thought of what could have been! So there is the story of my best "complement"! Just the wrong guy in the wrong club at the wrong time in history.... but I still smile at the memory, what a smokin' band and I got to play with them at least one night!
Click to expand...

That's a fantastic story Fat Drummer, a genuine compliment and yet sad at the same time. I read it a number of times I enjoyed it so much.

After a big band concert where we played Patrick Williams's arrangement of In the Still of the Night, the wife of another musician told me, "I didn't know drums could sound like that."

My best ever.
D

Two drummer friends of mine,.each in different bands had shoulder surgeries scheduled and their gig schedule wouldn't allow them to move the shows. So they asked me to sub for them.... Several comments that I remember all in jest of course.
" Gary, you're fired!" Lol
Over the microphone to the crowd, " did y'all even notice Gary ain't back there" ?
Their bass player/ lead singer both said something along the lines of " man thanks so much for stepping in, you sounded great"
Second band I was scared to death I knew about 70% of the tunes and was really struggling with some Rush and Zeppelin stuff - but at the end every member of that group walked up at some point and told me my fears were wasted , that sounded great, etc etc.... I was floored, these guys were levels above me and here they all were individually seeking me out to thank me . Humbling ....

"you didnt suck as much today"

In perfect pitch of my bass drum from this cute little gal. She also really likes cutting bells. 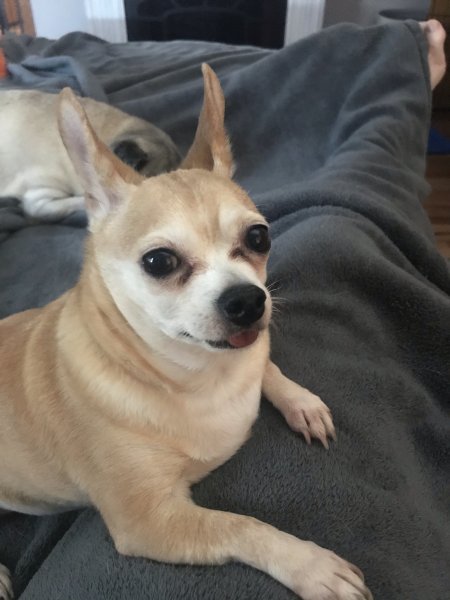 Weirdest compliment: a lady told me my drumming was “sensual.”
Best back-handed compliment: Playing with you is like having a cattle prod shoved up my [butt].
Nicest compliment: So, this is what it feels like to play with a real drummer!

Jay-Dee said:
That's a fantastic story Fat Drummer, a genuine compliment and yet sad at the same time. I read it a number of times I enjoyed it so much.
Click to expand...

Thanks man, I don't think I've ever shared the full story before. I can't tell you what I ate yesterday, but that event is burned into my memory. Like I said, I could not have hung with those guys for a full 5 set night, but I sure thought I could!!!
Last edited: Aug 8, 2022
B

Lefty on a right handed set up!

I got told I could probably play real drums! (This was back when I was playing Rock Band and Guitar Hero drums)

First one was about 5 years ago or so. Every other year, all the churches in our denomination in our state get together for our state conference, and they usually put together a band made up of different musicians across the state. I've been lucky enough to be able to play every time since probably 07 or so. But this particular year, they hired someone to come in and lead the band for the week. I was talking to him after rehearsal the night before it all started and he said "I think it's awesome that you volunteer your time to do this, but you should easily be able to get paid to play drums."

And the second one was about 2 years ago. A friend of mine that I have toured with in the past, asked me to come track drums for him. After the first take on the first song, the engineer looked at my friend and said "you've finally brought me a real drummer."

I'd give my right arm to be ambidextrous.

robthetimekeeper said:
I'd give my right arm to be ambidextrous.
Click to expand...

Wait, you guys get compliments?

In my life, getting this face from band members and people in the audience is the best compliment!

More than once from fellow players at jams and from members of my own band...Great tempo, like a metronome. If that is all I ever get I'll be happy.

After a session in a nice recording studio the engineer told me I was the second best drummer he had recorded in twenty years. I asked who the first was expecting some big name guy or well known local hotshot. Nope...it was some twelve year old kid lol!
You must log in or register to reply here.
Share:
Facebook Twitter Reddit Pinterest Tumblr WhatsApp Email Share Link