I’m going with Steven Wilson - To The Bone tour .

I’m afraid nothing will ever come close to that ..
B

Jazz:
DeJohnette, Hancock, Metheny, Holland at the Pittsburgh Jazz Festival years ago. Lifted me out of my seat. Just amazing. Had great seats too.

Rock:
Boston a few years back at Pine Knob in Detroit. Had that same feeling, they were so good. 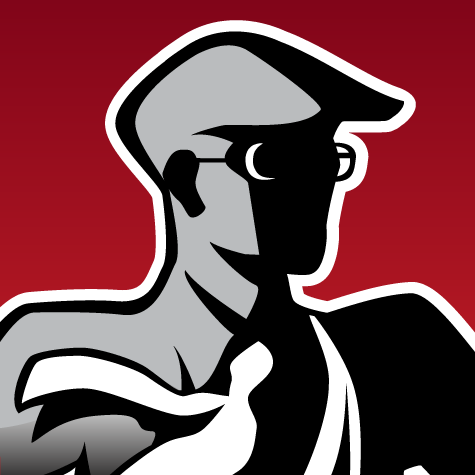 First time I saw the Dave Brubeck Quartet in 2005.

I’ve told people this repeatedly over the years, and I’m sure I’ve mentioned here.

I've seen my favorite Prog bands live. I also worked a decade in pop/rock radio, and intro’d a lot of live bands. When I walked out of that Brubeck concert, I was knocked back. I’d never once seen ANYBODY on stage whose performance matched the high level of energy and freshness that those four white-haired guys in tuxedos had just delivered. They blew me away.

I’ll always be thankful to my Uncle for taking me to that concert, and I’m so fortunate he took me to two more Brubeck shows after that.
Last edited: Aug 18, 2020

I saw Mudvayne before the radio song phase at the Ramkota in Sioux Falls. There was no fancy effects or showmanship just the band in a no chair venue and I had more fun then the law allows. 4 freaks on stage and a whole lot of drunken and stoned morons on the floor.

I saw Black Flag with Henry Rollins in 1984 in what was or should have been a condemned building. Every part of it was exactly 180 degrees different than what I expected -- and the energy in that room of a couple hundred kids was unlike anything I've seen since.

I've been fortunate enough to be front row for a couple shows by my favorite band, Norway's mighty Kvelertak. The three guitarists strapped their Orange amps to the stage. It's very intense.

Probably a tie between Bad Company (with Climax Blues Band opening) in 1977 or J. Geils Band (77 or 78 before they went commercial).

J. Geils Band was a great live act in the early mid 70's

Sade 1985 Orpheum Boston Ma, just a musical show, tons of groove.
Boston magazine pegged it as the best concert of the yr.

The Allman Brothers in 1971 at the Scheafer Music Festival in Central Park. Duane Allman and Berry Oakley were still alive. Totally blew me away.
Last edited: Aug 13, 2020

Dave Matthews Band will always be the best live band for me. Seen them 24 times now and they're just amazing.

As far as full shows though, that's between Coldplay or Garth Brooks. Just incredible and make the entire crowd feel like part of the show.

Jazz: The Buddy Rich Band opening for, then backing up Frank Sinatra at The Sands (Vegas) in September of 1967. Sinatra had the flu so Sammy Davis Jr. did an impromptu set to help take some of the load off Ol' Blue Eyes. The banter between Davis and Rich was reminiscent of the old Rat Pack schtick — just wonderful. And Buddy kicked his band from one end of the stage to the other that night.

Rock: Out of the hundreds I've attended since 1967 the most memorable was November 30, 1968: The Jeff Beck Group, Ten Years After and The Moody Blues at the Shrine Exposition Hall in downtown Los Angeles.

Moody's opener "Ride My See-Saw" had waves of Mellotron washing over the crowd, really setting a great mood. TYA kicked total ass, JBG was a no-show for the first set, Moody's second set included most of Days of Future Past, and TYA's second set rocked even harder than their first set.

JBG finally arrived around midnight and played a set that left everyone's jaw on the floor. They opened with "Beck's Bolero" and played the Truth album in its entirety (except for "Ol Man River"), with an amazing Nicky Hopkins piano solo in "Blues Deluxe". Rod Stewart was in superb voice, Mick Waller was rock-solid on drums and Beck was in total command for two hours. During "Jeff's Boogie" Beck played an a capella cadenza on his sunburst Les Paul that ended with him finger-picking the entire banjo part from the "Theme From The Beverly Hillbillies" at lightning-fast speed. Even after having seen Cream and Hendrix earlier that year, THIS is the concert I'd pick if I could go back in time and see just one concert from 1968 again.
Last edited: Aug 13, 2020

I've seen so many incredible concerts... It's hard to narrow it down to just one, but a surprisingly incredible show was Trevor Rabin back in the late 80s (I think) in Toronto. Just amazing. This recording is from that tour.

Jeff Beck live in 1980 in Vancouver was ridiculous too (first time I ever saw Simon Phillips).

The first one I'm going to see after this whole Covid mess clears up.
You must log in or register to reply here.

Saturday at 8:11 PM
AgentGreen
A