My ancient Direct Sound ex-29s are giving up the ghost. It is time to upgrade. Hit me with those recommendations drum family!

chappy said:
My ancient Direct Sound ex-29s are giving up the ghost. It is time to upgrade. Hit me with those recommendations drum family!

Do a forum search. And, check them out here: 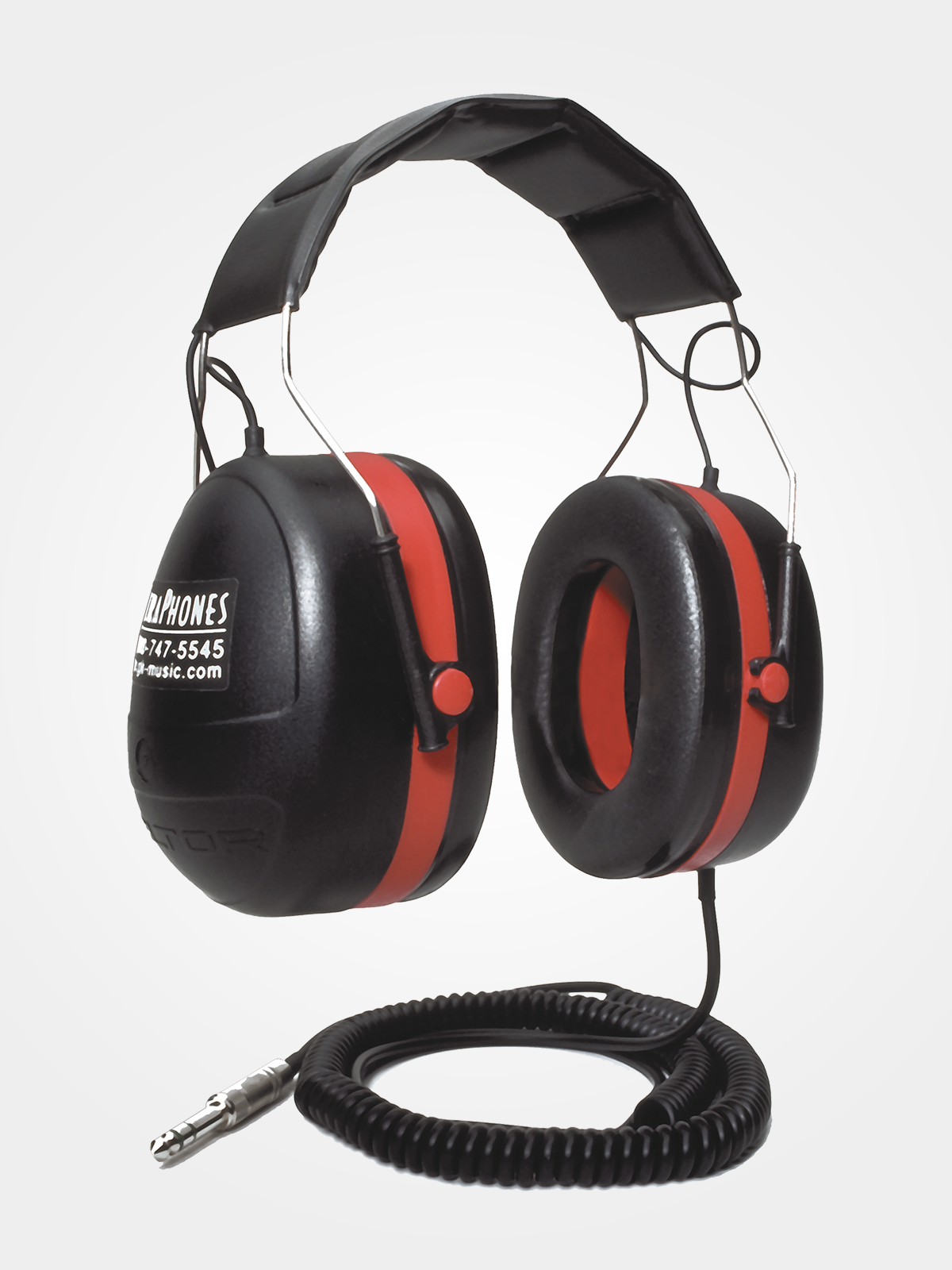 UltraPhones are SONY 7506 Studio Monitor headphone components mounted in a comfortable 29 db passive isolation hearing protection muff. They are the highest isolation, best sounding headphones on the market today. Here's what the Pros say about UltraPhones: "I've tried all the rest, UltraPhones...

I wish someone would make some better sounding isolation headphones, but yeah, right now the best ones I've found are GK Ultraphones.
The priority is protecting my hearing.

Do a forum search. And, check them out here:

UltraPhones are SONY 7506 Studio Monitor headphone components mounted in a comfortable 29 db passive isolation hearing protection muff. They are the highest isolation, best sounding headphones on the market today. Here's what the Pros say about UltraPhones: "I've tried all the rest, UltraPhones...

I absolutely agree. Over the years, I have gone through many a drum kit and snare...my tastes seem to change on a whim. The one constant has been my GK Ultraphones. They are in all my videos and on my head every time I practice. They are built like a tank; I gave my old pair to my nephew, and they're still going strong.
If the cost puts you off, I might suggest saving up for them. They're the best headphones I've had, and I'm pretty sure I've tried them all.
S

Those GK's look super nice. I've been using the VicFirth headphones for years myself.

spazapproved said:
Those GK's look super nice. I've been using the VicFirth headphones for years myself.
Click to expand...

I've been using the Firth as well. Never tried the GK's but at almost one third the price I figured I'd start with the VF's.

Was using the VFs for quite some time and found them to be pretty darn good, but after a while they felt a little bright sounding and also rather tight on my apparently big head. I tried the EX-29s and found their sound and isolation to be worse than the VFs. At that point, I decided to spring for the GKs, and I was immediately disappointed by the sound quality. Isolation was great, but they sounded absolutely awful. Muffled and muddy, no clarity whatsoever. A friend tried them and didn't think they were bad at all, so I was able to get my money back on them that way. Lucky me!

After seeing the GKs in person, I thought, "Hey, there's not much to these. Maybe I could DIY a pair." So I did.

I bought myself a pair of cheap ear protectors, and an equally cheap pair of headphones (off-brand, not in-ear/Airpod style - over ear, padded, but small enough that the ear pieces could fit inside the muffs - basically like the $20 pairs you see at Walgreen's). I snapped the headband off the headphones, ripped out the driver on either side, wrapped each one in a bit of old t-shirt material, and stuffed them into either side of the muffs. (Not 100% sure, but I may have removed a bit of the foam from inside the muffs to allow room for the drivers, but certainly not all of it.)

They sound better than the VFs and the GKs, they're more comfortable, and they cost me a fraction of either of the branded ones. The wires stick out right through the ear holes (so they run out against my earlobes), but once positioned right, they never bother me.

Here's what I think are the pros and cons of the GK:

In terms of blocking out sound, they do a better job than anything else I've tried, including in ears, other headphones and other earmuff/sound reduction wearables. However, a lot of detail, dynamics and nuance go out the window with that cut in external volume.

Listening to music, mixing, and practicing with them all have different results.

For drum practice along to a metronome, most headphones are fine if you don't also need volume isolation, but when playing to learn a song or with other musicians in a mix, they can cut out too much external volume so that you can't hear yourself well enough.

When listening to music, they're above average and good sounding, but not great. Like Whitten said, it's surprising that seemingly no one has developed a set of isolation phones that sound really good by now. There may be some out there, but I have yet to hear of them. You can mix music on anything once you adjust to how they translate to other playback setups and speakers, but the GK's will probably take longer to learn than more accurate speakers designed for mixing.

Looks-wise, they make you look like a dork! There's no better way to put it. You wouldn't gig with them and I've had bandmates chuckle until they got used to the idea that my hearing would be better than theirs after rehearsal.
Last edited: Oct 19, 2021

Good pair of ear buds (Sennheisers in my case) underneath a set of 3M earmuffs has worked well for me and is cheap to boot.
S

If not in-ears, I would recommend the good old Beyerdynamic DT770M.

The sound quality is good (not as good as the standard DT770), they are reasonably priced, they provide 35dBA dampening and are very comfortable. Last but not least, you get quality made in Germany, not in some far east dictatorship.
Just be sure you get the 770M version, this is the one with dampening.

Personally, I would stay away from the Vic Firth. I owned them for a time, while the dampening was great, the sound quality was very poor and eventually they broke. This is a very common issue, happend to at least 3 other people i know.

The GK Ultraphones are a tight fit, which really helps keep the outside sounds out. Yes, I do use them live, in concert.
I have the Vic Firth and they aren't as good.
M

Sinclair said:
I've been using the Firth as well. Never tried the GK's but at almost one third the price I figured I'd start with the VF's.
Click to expand...

For future reference, the GK’s have better sound IMO, protect your hearing better than anything else out there, and are more comfortable especially after wearing them for a couple of hours. They are deep! Nothing touches your ears.

PS: Just saw Tomo’s post re: the sound quality if GK’s. Not sure what the issue is there. I have two pair, both sound good, IMO. They don’t sound as good as in-ears or ear buds. But, I think that may be because the sound source is away from your ear. Their primary purpose is hearing protection, and, as nomsg previously posted, having the sound source so close to your eardrum with in-ears creates it’s own hazards.

I will also say that the GK’s are so isolating that they do take some getting used to. When you first put them on it’s like stepping into a soundproof booth. But, you get used to them quickly. I have no difficulty hearing all the subtleties in my playing on the drum kit.
Last edited: Oct 19, 2021
You must log in or register to reply here.

A
Takes many hands to build a city - Alex Drummer

Help me learn and understand what I am playing (from a non-drummer perspective...)

New release by my band, hope you like single strokes.