I've had this for a month, or so, and just set it up today. Put new heads on, tuned it up, and it blew me away.
The kit is a Tama B/B. Sizes 26x14, 16x16, 18x16, with a Ludwig Supra. Cymbals 14 Heavys 2002, 17 2002, 22 2002, and GB 20.
I honestly just got it as a novelty, never seen this configuration, with this finish, and it was relatively cheap. The kit was struck for the first time today.
I've played on Ludwig's with this configuration (both Vistas, and Maple) and liked them as well. I guess it's not a truly fair comparison, as I've played em at music stores, and didn't get to tune em.
Super responsive bass drum, even though it came with a port, but the attack, and low end are sick!
I had to play a couple Zep tunes, and they were fun as hell to play on it. It was surprisingly versatile, and tuned up in a flash.
The only thing I don't like about the kit is the wrap. I like the looks, but it's noticeably thick.
Anyway, I'll probably mic it up tomorrow, as I had to use my daughters toy room, and didn't feel like bringing up the equipment.
I figured I'd write my first review of a kit.
I had no plans to do so, but I'm seriously floored by it. 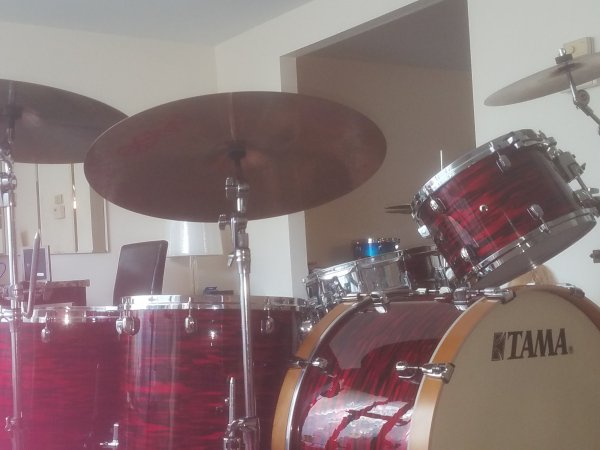 B/B's are great kits, I've owned a few. I'm mainly a vintage guy, but they're my favorite modern era drums. For best kit I've ever played, I'd have to say Brady. Unreal.

What size is the rack tom?
T

Yeah, agree! I really like em. I have 2 others with a "normal" 22, 10, 12, 14, 16 configurations.
These monsters impressed me like no other kit I've sat behind. Maybe not the most practical gig kit, but I'll have a blast with em

Btw, I spaced. I didn't think I posted that 1st review. Long night

13, not quite the "Bonham" configuration, but they sound huge 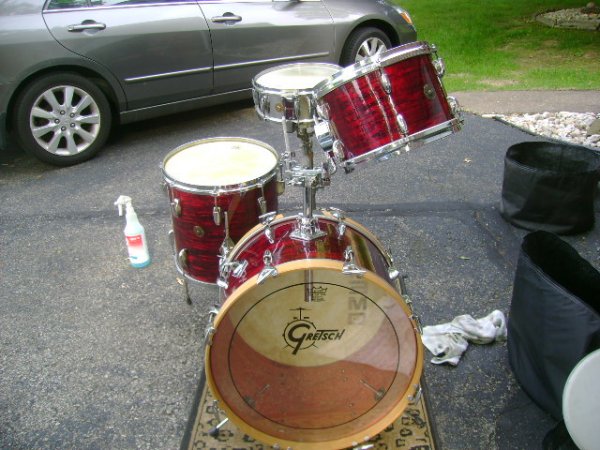 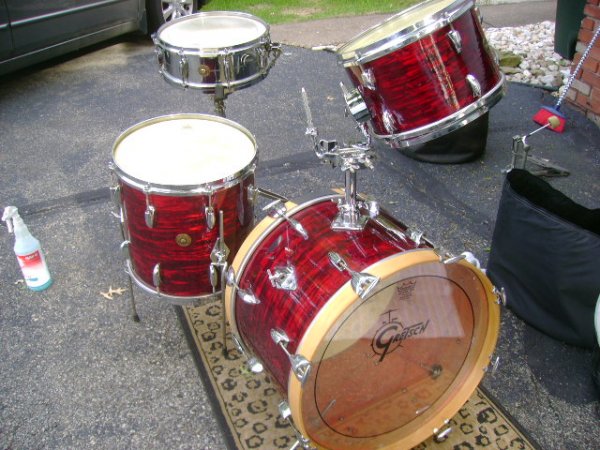 I was looking at them when Dale's was putting them up on the 'Bay.

I intended to sell my Starclassic Performers to help fund those. Then I found out that Performers go for less than $700 around here in mint condition. Reality check!

I was looking at them when Dale's was putting them up on the 'Bay.

I intended to sell my Starclassic Performers to help fund those. Then I found out that Performers go for less than $700 around here in mint condition. Reality check!

I'm guessing you live not too far from me. Yeah, B/B were going cheap as hell, but I'm not sure how many, or if they have any left?
I got mine from this tiny music store/car wash! Seriously. They had no cymbals, a few cheap kits, guitars, and 1 guy in the wash, and one guy working the store.
I'm very happy with what I ended up spending, especially now, since I've played it. It came with really nice fur filled cases, and an extra 14 inch tom (I didn't set up, or even mention)
I honestly thought it would be too much...a B/B in those sizes. I honestly thought it was a novelty kit.

JDA, yeah that red oyster is really cool. I've never played a Gretch kit.
I've heard em, and they sound amazing!
I know if I get into em, I'll start buying em. Those suckers aren't cheap. If I ever find a killer deal on one of the top models, I don't think I'd resist.

I love B/B Starclassic kits. We have one in the studio that you just can’t make sound bad lol... I sold mine a while back and I love the Granstar kit that I have now but I would love to get a B/B kit back in my personal collection.
T

You're right on!
Because of the sizes, I figured I'd go with 2 ply batters. I don't know why they didn't make more with this configuration?
I've always wanted a 26 inch kick, but figured it would be hard to tune, and too much in B/B
Luckily you're right! I'm glad I was wrong. Hopefully I'll record it tomorrow.
I did a little research, and they made a very limited number of these, and even fewer in red oyster.
Because they're only 14 deep, the bass responds nicely.
You must log in or register to reply here.