My premier bebop kit is almost together.
Just wondering. Do any of you gig an all birch kit for jazzy/be bop stuff?

I did own a yrc bebop kit back in the day.
Coated ambassadors over clear.

Neither bad nor good

Also..any of the "greats" use birch? I loved Victor Lewis's blonde premiers...but were they birch?

Im excited to hear/play these drums.

Ive heard good things about them

tkillian said:
but were they birch?
Click to expand...

yes and resonator too

Ive heard good things about them
Click to expand...

Speaking of Ludwig, they used to make a shell called "Classic Birch". 7 ply 100% Birch shell.
I used to know a guy who used one in bop sizes to gig with.
He never had a bad thing to say about them.
RC's would be nice to have and I'll second Sonor Sonorlite drums. Like big, fat, puffy clouds of buttery goodness.

Frank, you talkin' to me?

Elvis said:
Frank, you talkin' to me?
Click to expand...

Thanks for the clarification, and yes, still got the FC's....in fact, I'm thinking about selling everything else off and just flying with these.
...we'll see.... 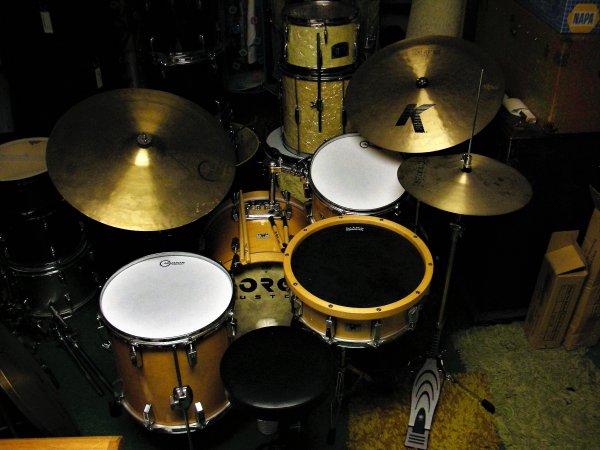 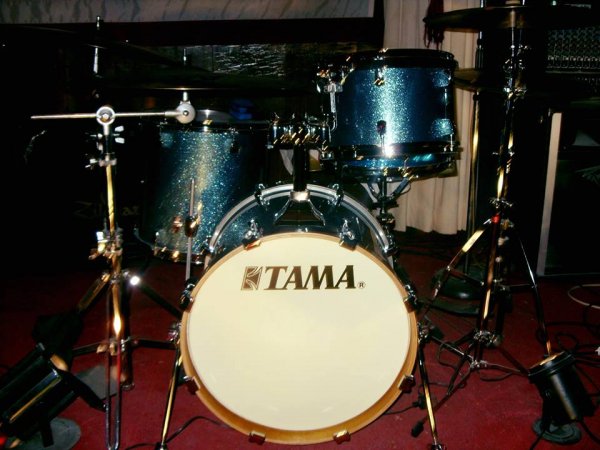 Ive heard good things about them
Click to expand...

The Stage Custom Birch bop kits are fantastic. And this is coming from someone who used to play a Recording Custom bop kit. The RCs are nice — I still have an RC rock kit and I love it.

But the SCBs are soooo good for the money, it just wasn't worth it for me to pay the 4x multiplier to go from an SCB to RC bop kit, in my dumb drummer opinion.
T

I did. But then I heard a semi-famous jazz drummer use them on a concert. They sounded "horrible"..but it could have been the room or the tuning or the drummer.

They sounded great . Beautiful drums.
I coulda shoulda kept them....i got a set of pearl maple master customs after those. 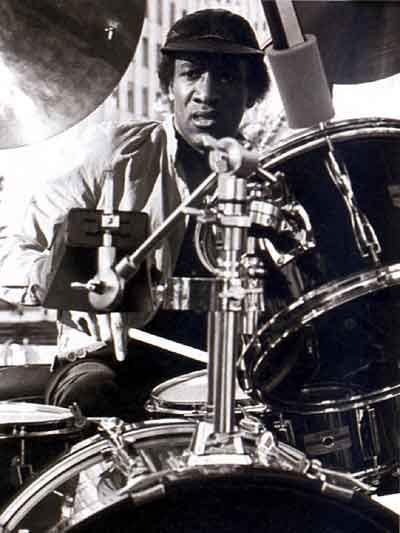 Had RC's in Black and White. were the Original 7000's birch? Because those purple ones sound pretty good too. Between those three sets, there were A LOT of GREAT records made. But you already know that.

I always thought that the dryness of Birch, had the same "drying" effect as the DC rims on Gretsch, maybe that's why I like them both.

Those Premier's look good, nothing wrong with a little DIY.
Congrats!
MSG

According to the '81 catalogue, the 7000 series drums were made of Agathis & Philippine Mahogany.

I played a lot of Sonorlite kits in conservatory and as house kits in several jazz clubs. Seemed to be the hot stuff in the early 80s over here. Very fine sounding drums, articulate, sensitive, dynamic. I don't think they sound dry, with coated Ambassadors they have some bright overtones, a rather sharp attack and a"cool" overall tone.
I played an Artist birch at a summer course side b side with a Sonorlite, sounded nice, too, a bit more resonant (iso mounts and small, low mass lugs, maybe rounder edges, slightly softer wood?).

Around 2000 I got myself a birch kit, Pearl BRX, 7.5mm shells, mainly for rock/pop sounds, but for a while I set them up for bebop. They came with die-cast hoops, I tried thin triple-flanged hoops and coated head which introduced a more "twangy" element, which maybe made them a bit more "Ludwig" than "Gretsch" in terms of feel and overtones, but the overall tone remained "cool".
In the end, I wanted a warmer maple sound and turned to Gretsch New Classic. I still have the birch kit but only for lower tunings, attack and tone, back to the original clear batter heads and die-cast hoops. They are perfect for that.

I had a couple Birch kits I had used in the past for Jazz gigs .
First was a Whitney Nesting a penguin kit with wood hoops - it was a wonderful kit - very dynamic and fat sounding and incredibly lightweight . One of the very few kits I regret selling .Very thin 3 ply Birch shells .Sizes were 16/10/13 - but the shells were actually two inches larger than the head diameter .

Next up was a Yamaha Recording Custom Kit that I purchased from an Endorser that had some unique features- finish was apple sparkle fade gloss lacquer , aluminum diecast hoops and clear interiors - to be honest I just did not like this kit very much and ended up trading it . It comes up for sale occasionally and has been owned by a few people since I had it . Sizes were 20/12/15

Last Birch Kit was a Premier Heritage Club Artist Birch Kit - English made- beautiful chrome and lacquered silver sparkle finish . Sizes were 20 x 8 ; 10 x 6 and 13 x 11 - really nice sounding drums - bass drum needed some porting ( which I usually dislike ) as there was so much beater slap back without porting .

+1 regarding the Premier Artist Birch. I have the Heritage Jazz (?) 18 x 16 BD and the Heritage Club 10 x 6 tom that NobleCooleyNut mentioned. I've looked for that 13 x 11 FT for years! Currently selling a 14 x 11 AB I had drilled for Premier FT brackets to offset costs in possibly having a 13 custom made.

Great sounding drums - I've used the BD on jazzier stuff as well as tuning down a bit for rock/blues stuff.

I played a yrc bebop set at a jazz fest in Syracuse. He had remo renaissance ambassadors top and bottom on everything. They sounded and felt great.
You must log in or register to reply here.