I was talking with Dana Bentley a few months ago and mentioned I need to see Ringo before I die! He told me Ringo is playing in my neck of the woods (Paso Robles - about 1.5 hours south) on Labor Day weekend - ugh! I have an annual camping trip that weekend. But, just the other day, I randomly checked his tour schedule and saw he was set to play Thunder Valley Casino in Lincoln (about 10 minutes from my best man's house, where we were going to stay on Friday 8/30, on our way up to Tahoe). So, I surprised my buddy (I tipped off his wife) and scored 2 general admission tickets. He had no clue until we showed up at his house about 2 hours prior......and a fellow drummer, he was beyond stoked, too!

We went and it was an outdoor gig basically like in the parking lot - considering the weather was 100 degrees that day, it could have sucked! But it cooled off pretty fast and was an amazing show.....
I was finally in the "same room" as Sir Ringo!!! He was small, dressed snazzy in a black jacket, pants, etc. - typical of what he wears these days. Lots of "Peace and Love", a few stories, he mentioned his "other band" (Beatles!) and got the crowd a bit rowdy with his teasing. Most songs were singalongs and quite a few were dedicated "for the ladies".......

And I have to say Ringo played probably 75% of the concert on his white Ludwig kit, sitting center stage. Greg Bissonette was on the drums on stage left - very solid player. He simplified some of the songs (Africa, Black Magic Woman, Pick Up the Pieces), but was steady and a good fit. Greg got a nice solo during the break in Black Magic Woman.......no real solo by Ringo, though.

Bottom line, my best man has had a bad few years (nervous breakdown, mental issues, etc.) and I am SO happy he is nearly 100% back after a lot of therapy, Rx drugs, etc.....his wife has stuck by him, worked her own F/T job, and raised their 2 small kids.....and to see him smile again was SO worth it.

We were like giddy school girls all weekend talking about how we freakin' saw RINGO!!!

Setlist is below. I will try to post some pics later.....

I love posts like this. Good for you and your buddy.
X

One of my best friends from high school and still to this day, is close friends with Gregg. He was backstage with the band at this same show (he lives in SACTO). He got to get on stage before the show to check out both kits. Glad you were able to do this with your friend! 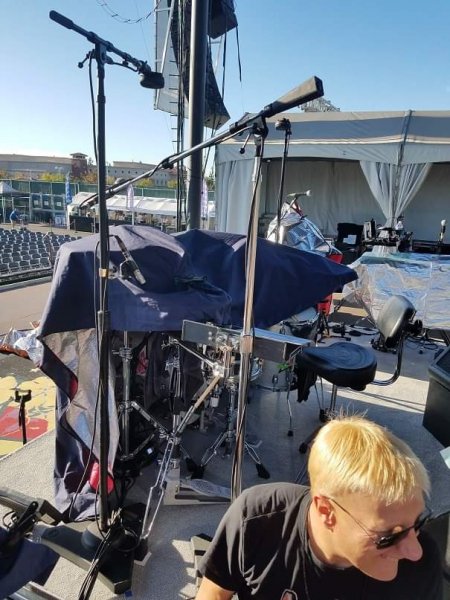 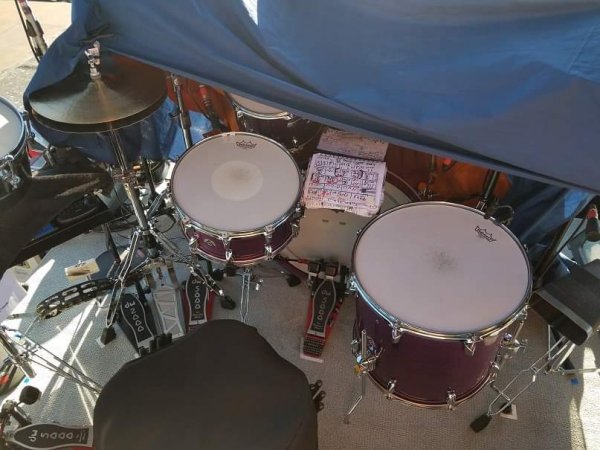 Wow, great pics! What's that on Gregg's kit - a set list, a song chart, or the schematics to a nuclear sub?

I saw the show at The Greek last Sunday.

piccupstix said:
Wow, great pics! What's that on Gregg's kit - a set list, a song chart, or the schematics to a nuclear sub?

I saw the show at The Greek last Sunday.
Click to expand... 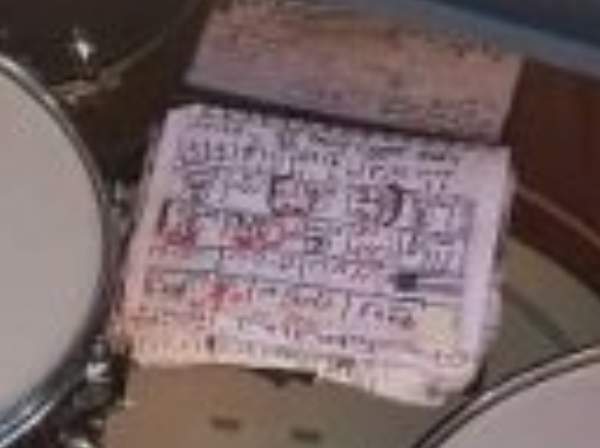