Can you help I.D. this old set?

A friend sent me these pics of an old set, from the 20's or 30's I'd guess, for some help to I.D. them. My first reaction was that they are old Ludwigs but it wasn't uncommon, even into the 60's, to paint a logo on your front head. The thing is, I'm not a collector and I just don't know, so I thought I'd put it up here and let the real experts have a go at it. 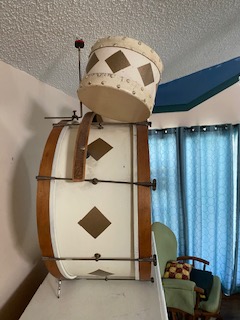 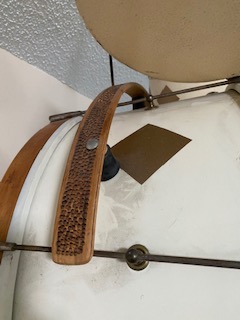 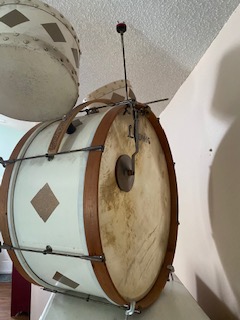 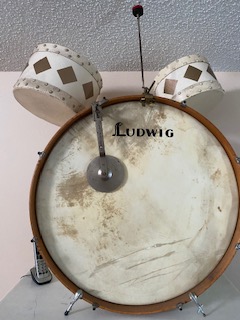 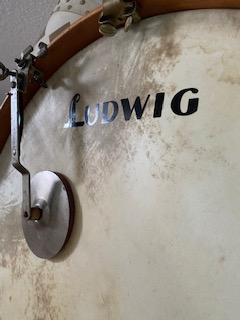 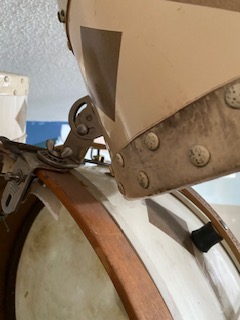 Something about the "Ludwig" logo just looks too clean....what do you think?

The only comment I have is that the tom mount (last photo) doesn't appear to be a Ludwig style from the later 30's into the 40's. But, more like what Slingerland used. For a big bass drum of that era, only 8 lugs is odd. Normally they're 10-12 lugs. Most major mfg's were badging the bass drums by the late 1920's. Looks early 30's "style" to me whatever it is.

Tough to say as the whole kit has been restored. At first glance, there are many Slingerland components on this kit like what Tama CW said. Beautiful drums for sure. Enjoy them.