Can you play a roll (and how important are they)?

Just remembering another application of the closed roll in jazz.
(if you're in a hurry, listen from 4:30min on):

A teacher I studied with really opened my eyes with her approach to open and closed rolls - that they are two mostly separate techniques. The closed roll is not a continuation of, or the next step in learning the open roll. She taught that the open roll is primarily wrist and fingers with very little forearm involvement, and the closed roll is just the opposite. It worked very well for me, and the more I watched players of all genres I found that that's what they were doing as well.
B

You know when you've got it down is when you can sync rolls with other drummers.
I remember the first time our snare drum line achieved this nirvana.
I also remember watching my first drum corps prelim show in Chicago and hearing one of the lines flub up and get ticked for it.
I played drum corp back in the seventies in a top ten DCI corp and you can bet your left butt cheek I could play a roll properly. 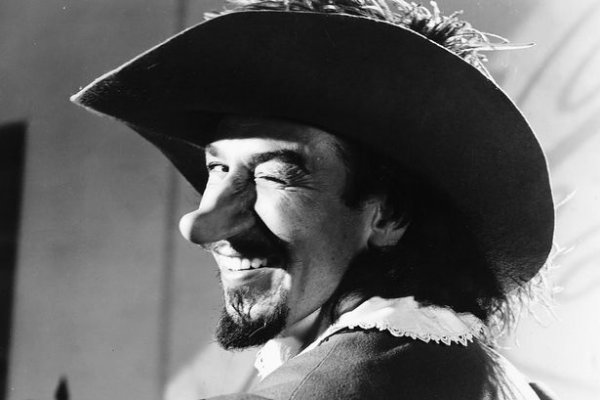 I can, but they could always be better.

Quick story: My oldest daughter played clarinet in grade school, and then in high school joined band again. When it came to marching band season the director got all of the woodwind players to switch to percussion. It was a small band, and he knew drums and brass cut through better. She played cymbals for 2 years, and then switched to snare.

I loved it when she came to me and said “Dad, I’ve been playing snare for a whole month and I STILL can’t do a roll!”
E

Tama CW said:
I've always had a decent roll since the junior high. In switching to fully matched grip the past 2 yrs....lost a bit of it. So a good reminder to keep mixing in the traditional grip from time to time....and those rolls. My rolls are considerably cleaner with traditional grip. That probably won't ever change.
Click to expand...

Have to agree - much cleaner rolls with traditional grip -- but switched to matched grip - easier to reach all parts of the kit (especially for an old guy like me).

EssKayKay said:
Have to agree - much cleaner rolls with traditional grip -- but switched to matched grip - easier to reach all parts of the kit (especially for an old guy like me).
Click to expand...

Exactly. I made the switch 2 yrs ago to be able to play large concert tom kits. That just was too hard at my age with traditional. At the same time I don't want to lose any of that fine finger control with my traditional left hand. So a couple sessions a month keep it fluid. You see many clips of the older jazz/fusion drummers shifting grips in the middle of their songs. Depends what they needed right then. Matched grip is so much easier for me to play left hand rim shots on both snare and small tom. I've never been very accurate doing that with traditional.

Yes and it is a primary rudiment that you will spend a lifetime trying to perfect. The older I get the worse my rolls have become, (generally due to arthritis in my fingers), but I can still teach and here are a few of the methods I've adopted:

1. Open Rolls are 16th notes doubled to 32nd notes...hence the 3 slash notation;
2. All disciplined rolls, like 5, 7 9 ...etc. stroke are always played as open;
3. Closed Rolls, and this I learned from Dave Weckl, sound better and are more precisely executed if played as a double stroke but as 32nd note triplets, (or actually 16th note triplets doubled);
4. Your long rolls will come out smoother if you learn to start with your weaker hand. This way, the strong hand has to follow the weak hand rather than the opposite. If your "gravy is lumpy" try this, plus it will help your weaker hand get stronger.
5. Move your hands around in a slight steady motion...this will impart additional energy into the stick on the bounce stroke, (got that from Buddy...he called it his "whip cream roll" because you work your hands the same way a chef uses a whisk).

I have successfully used this to teach young beginners and they pick it up quickly...much quicker that I did when I was first learning. Hope it is helpful!
M

ARGuy said:
A teacher I studied with really opened my eyes with her approach to open and closed rolls - that they are two mostly separate techniques. The closed roll is not a continuation of, or the next step in learning the open roll. She taught that the open roll is primarily wrist and fingers with very little forearm involvement, and the closed roll is just the opposite. It worked very well for me, and the more I watched players of all genres I found that that's what they were doing as well.
Click to expand...

I absolutely can play a roll, both closed and open rolls. I started taking drum lessons in 1965. I was an orchestral drummer for 10 years, I marched with Scottish pipe bands for a long time. I played in pit orchestras, jazz bands rock bands country bands and always found ways to work rolls into various songs. Not every song of course but sometimes it changes things up nicely. I have a passable roll with matched grip but I'm much better with traditional grip. But most of my drumming over the last 15 years has been matched grip.
R

Importance depends on the needs of the music you're asked, or aspire, to play.

If you sit down with Haskell Harr book 1 and a pillow, you should be well on your way to being able to double stroke in a week or 2. Press rolls are just a matter of using rebound with each hand - you'll need to use a pad or drum, as pillows don't rebound well - and merging the sounds. Check out Art Blakey for a benchmark.

Like someone else mentioned earlier, when I was young and starting out, even up through high school--ROLLS were very important. I practiced them considerably. Still not as good with the left as I am with the right. But if you're a gigging musician, I don't think rolls would come into play that much. Just depends on the song I guess. Not many songs just have a random roll somewhere.

But, I still to this day, when I first sit down or stand in front of a snare, I nearly ALWAYS start with practicing some rolls.

This was my first thought when I saw this thread. Yea, I can definitely play a roll. Every high school football game, just me and the trumpet player were the opening act. Him playing the anthem, and me holding that roll through the whole thing. Fortunately, he was a great trumpet player and it was fun. And yes, I used crescendos when the rockets glared and bombs burst in the air.

Since I play mostly jazz, I use rolls of all types a lot, including press/buzz rolls. But for a few years, I also played in a rock band, and as I look back, I don't think I ever used rolls, except for very short ones like 5s and 7s, and never buzz rolls. Except for on one particular tune, where there is a segment that is supposed to sound Scottish, so I threw in some Scottish-style snare drumming as an effect. I'd hazard a guess that most rock drummers can get along fine without ever learning how to play a buzz roll. A bit embarrassing though if you're playing a party, and the host wants to make an announcement and asks you for a drum roll

I use rolls playing rock. They are great to rise the energy up and especially down. I also enjoy playing a marching pattern in this avant garde punk band I have played in & out of the last 20 years. It’s definitely not for most people, but I’ll post it here anyway as the marching pattern starts the song.

Nacci said:
I can play a solid roll, press, closed and open but I was in pipe and drum corps so had to dial it in for that.

I agree with your last paragraph entirely which was concise and well written.

You are a drummer; learn how to do a decent roll.
Click to expand...

Alex Duthart eh?
He was a mother.

The difference is that the double stroke roll, even with forearm pumping, utilizes much more wrist and fingers than the technique for a closed roll. Still two different techniques.
D

I can play rolls. But with the exception of random 5 or 7 stroke rolls I dont use them that much. Mostly just in between fills but I dont think I've ever used a long sustained roll in my set playing. The last time I played long sustained rolls was in marching and concert band forever ago. I can see where it could be effective in certain rock songs, but in most of the styles I've played I haven't really found a great use for it.
O

I appreciate the commiseration from those with similar struggles, but frankly not the condemnation from a few others. Good grief, critics, read my OP. Yes, I have played the US national anthem, multiple times, and oddly I can still play marching band type snare drum stuff. (But please don't ask me to march in a hot uniform at the same time.) I've just lost the ability to play a nice, smooth, sustained roll and rarely had the need to play one.

The terminological clarification is interesting, and except for having heard some of the words before, it's new to me. I get it that an open double-stroke roll isn't the same as a buzz or a press or a crush or a closed roll, but already knew that from feel and sound. I just didn't know the terms. For sure, playing double strokes in which the strokes are audible is different from playing the kind of smooth, swoosh roll I'm talking about.

But beyond this, I'm not sure that I want to get into the details, much less the techniques. I have always known the difference between an open (?) double-stroke roll and the smooth swoosh roll, and could transition from one to the other with no difficulties. I've got no idea whether this involved a change from wrists and/or fingers to forearms or what, but I don't think I want to know. That will only confuse me. I know it from feel and sound. That's enough.

As for rolling with one hand, I was at a clinic with Joe Morello in the 60s when he demonstrated this. (I believe he was then ahead of Buddy with the technique.) I realized then and there that there is another level to drumming that I wasn't planning on reaching. I'll be content to get a smooth roll going with two hands (though I could play one then).
You must log in or register to reply here.

K
My Camco Oaklawn BD.....How many plies do you see?

Redesigned As - what are your favourites?