I was just introduced to this name from a drummer across the pond who raved about them and wanted to see what information I could glean here. Very little information on the net but am intrigued. Thanks in advance. 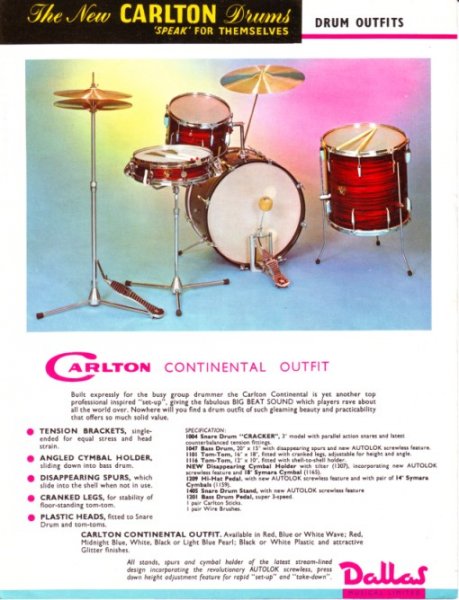 Have you looked into here: https://www.notsomoderndrummer.com/not-so-modern-drummer/2016/6/2/1960s-carlton-drums

underratedcowbell said:
Have you looked into here: https://www.notsomoderndrummer.com/not-so-modern-drummer/2016/6/2/1960s-carlton-drums
Click to expand...

Yes that is the only thing of substance that seems to come up. Looking for first hand experience ideally. Thanks.

jsp210 said:
Yes that is the only thing of substance that seems to come up. Looking for first hand experience ideally. Thanks.
Click to expand...

Thanks I saw that one after searching on the name but have yet to find comments about the sound and other usage details from people who have played them.

Well I pulled the trigger and should be arriving from the UK next week along with more Premier 70s drums. Will update. 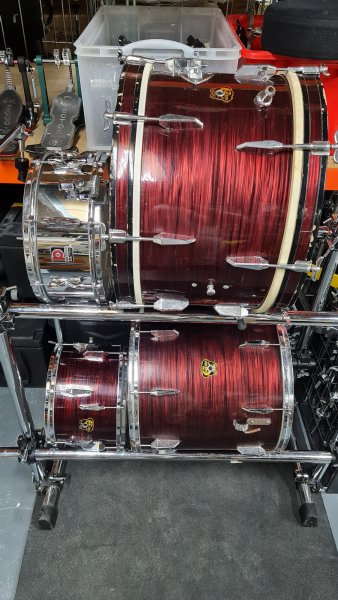 Such a cool wrap! Hope it sounds as good as it looks!
The Premier 2000 snare will not disappoint you!

underratedcowbell said:
Such a cool wrap! Hope it sounds as good as it looks!
The Premier 2000 snare will not disappoint you!
Click to expand...

I already have that snare and love it. I’ll be on the lookout for the 60s Carlton snare and have my UK source on the case but apparently all very rare.

The Carlton is birch with die cast hoops 20/12/16 and I was sent a short clip and it did sound great. Very excited. 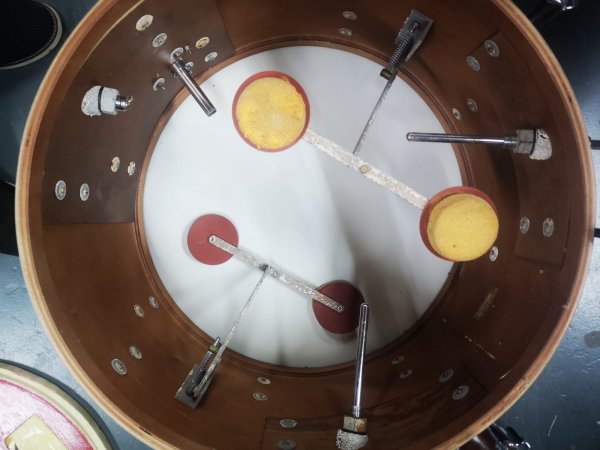 Yeah, very cool. Sure hope it doesn’t rattle like hell!

So these drums arrived last week and I took them out to a couple of gigs, one outdoors and one indoors. Very pleased with these drums. My bandmates approved.

Just recorded a brief demo with my Zoom recorder using the same heads and tuning I ran with for the two gigs (70s R&B primarily so went with coated Emperors with a bit of gaffers tape to dampen) -
https://soundcloud.com/jonathan-priest-3%2Fcarlton-kit-demo
The 12 inch depth of the bass drum came in really handy on the small indoor stage and had plenty of thump out front 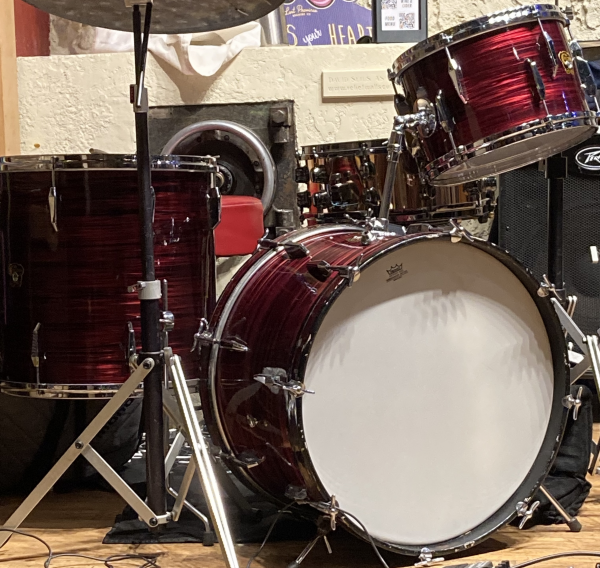 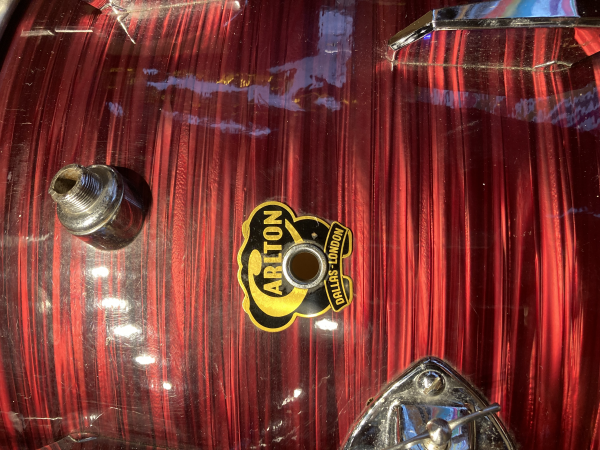 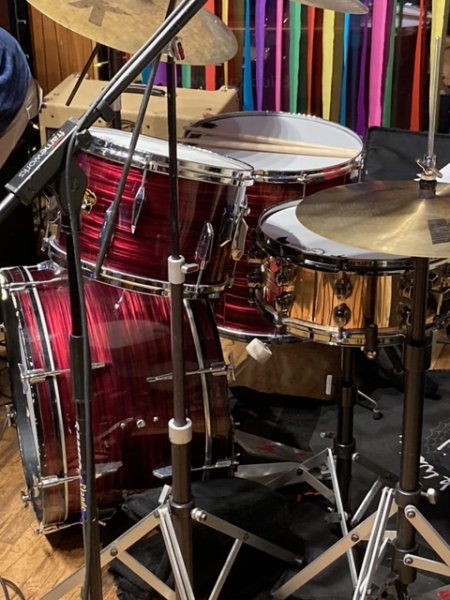 Carlton Drums: Honey Lantree was the first female drummer to play on a #1 record: "Have I the Right" by The Honeycombs, Produced by Joe Meek. Honey played Carlton Drums. I'm digging that 1960s 'TV Antenna" Tom Tom Mount! 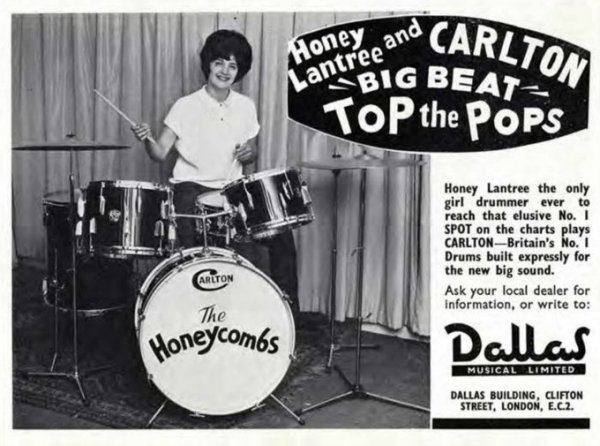 The Honeycombs and Carlton Drums in Action, along with 'Ernie Douglas" from "My Three Sons" on Rhythm guitar!! Enjoy...Great Song!!

Wow thanks @retrosonic appreciate the info and clips.

davidh said:
Carlton were popular the 1950s and 60s in Pipe Bands - even here in the uK hardly ever seen a drum kit

Bobby Graham played Carlton drums. I've often wondered whether we heard his Carltons on early Kinks and DC5 records. I used to envy the pipe band with Carlton snares when my pipe band landed a deal for Ludwigs. I have one old black oyster Carlton that has the same dark interior finish. Excellent chrome as well.
J

Greetings everyone from Melbourne, Australia.

Anne toured Australia in 1965 with The Honeycombs as part of the Big Show Tour with fellow Brits Manfred Mann and The Kinks. They played two shows in Melbourne on January 22 and 23 of 1965. Honey was the only British drummer to tour Australia that year who played Carlton drums and Carlton drums were not available at that time hence why Anne used a different kit for each venue so they could be left behind to promote the brand.

I contacted The Honeycombs founding member Martin Murray who believes that the kit was played by Anne. I also contacted Anne through her son Matt Coxall via The Honeycombs unofficial fan club president Paul Noy. I sent the photos of the kit to Anne but unfortunately, due to her failing memory, she was unable to confirm that this was her kit because she played so many Carlton kits throughout her career. As we all know, Anne sadly passed away in 2018.