I'm surprised that video still exists in that form given that the announcer is one of the UK's worst child sex abusers... Most things with Jimmy Savile on have been removed now!

Anne toured Australia in 1965 with The Honeycombs as part of the Big Show Tour with fellow Brits Manfred Mann and The Kinks. They played two shows in Melbourne on January 22 and 23 of 1965. Honey was the only British drummer to tour Australia that year who played Carlton drums. I contacted The Honeycombs founding member Martin Murray who believed that the kit was played by Anne as well as contacting her son through The Honeycombs fan club president Paul Noy. I sent the photos to Anne but unfortunately, due to her failing memory, she was unable to confirm that this was her kit because she played so many Carlton kits throughout her career. As we all know, Anne sadly passed away in 2019.

Thanks for sharing the history and photos. Congratulations on that find! Those are spectacular.

If this is true, it would be a fantastic find. Do you have any color photos of Honey playing the kit on that Australian tour?

mpthomson said:
I'm surprised that video still exists in that form given that the announcer is one of the UK's worst child sex abusers...
Click to expand...

Makes the tune a little ironic, or creepy.
J

retrosonic said:
If this is true, it would be a fantastic find. Do you have any color photos of Honey playing the kit on that Australian tour?
Click to expand...

Thanks for your interest.

I've searched and searched but there aren't any photos or film footage known to exist of The Big Show tour concerts in Australia. I have 4 photos of The Honeycombs at Sydney airport which were provided to me by Paul Noy. If only we had back then the technology available today such as camera phones.

I firmly believe that this was Anne's Melbourne concert kit based on the fact that Carlton drums were not available in Australia at that time unless they were a private import. The condition of the kit suggests it had very minimal use especially when you consider that in those days, the average length of a live set was approximately 20 minutes.

Even today, one would struggle to find a complete Carlton Big Beat drum kit for sale in Australia in flawless condition. Mine is the only one that I've found in the last 10 years, and I'm a person who looks through heaps of websites weekly. Even after The Honeycombs left Australia, the Carlton-Dallas brand never took off down under.

Thanks for your reply, Johnny. It would seem to me that some fans may have personal color photos they took on that tour. Perhaps there is a way to canvas some members of the on line fan clubs and ask?

I have never come across a Carlton drum kit so far
But a short while back, I won$$ a eBay charity auction for this retired Carlton marcher
to add to some others I have collected . 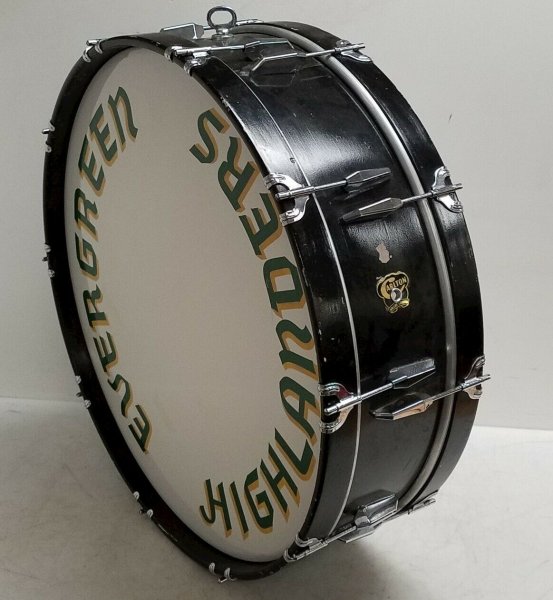 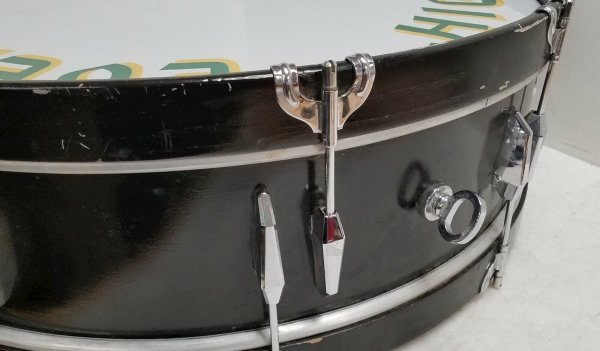 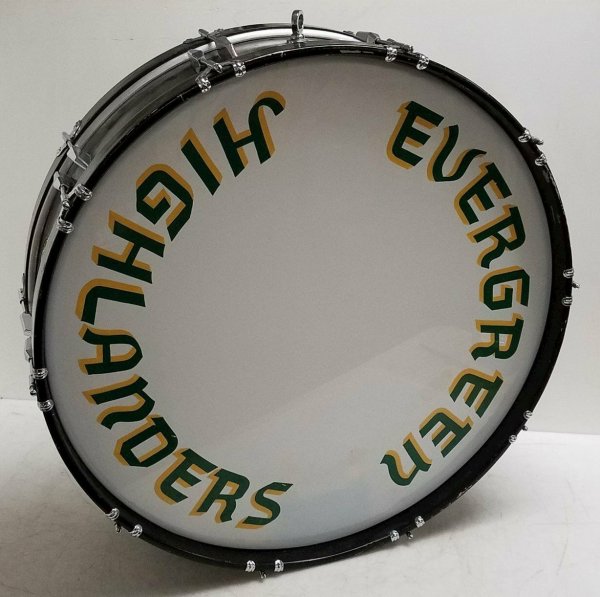 retrosonic said:
Thanks for your reply, Johnny. It would seem to me that some fans may have personal color photos they took on that tour. Perhaps there is a way to canvas some members of the on line fan clubs and ask?
Click to expand...

Believe me I've tried. I've put inquiries out on social media and other drumming websites. It seems that even in 1965, colour cameras, especially at concerts were a rarity unless it was an official media photographer and even then, most photos were still black and white.

Ahhh...ok. Not sure what color film brand they used down under in 1965, but yes, here in the US, Kodak color film was pretty expensive.
J

As mentioned in my previous post here is my 1965 Carlton Model 1003 14" x 5" wood shell snare in white plastic wrap. The yellow/pinkish tinge on the wrap is due to lighting.

All original and unmolested. Snare throw off is complete and fully functional. Original wires and heads. No rust or pitting anywhere and totally immaculate for a 56 year old drum.

Appears to have been lightly played by a jazz player.

I purchased this on ebay in 2017 from a private seller in England.

retrosonic said:
Ahhh...ok. Not sure what color film brand they used down under in 1965, but yes, here in the US, Kodak color film was pretty expensive.
Click to expand...

Agree. All my family photos during the 1960's are black and white. The only people who had colour back then were professional portrait photographers and they were few and far between. As you mentioned, colour film was expensive and was rarely used here in Australia. From memory we only had a choice between Kodak and Agfa.
J Although the English vintage drum market tends to be flooded with Premier, Olympic and Beverley drums, Carlton offered some really nice sets that often swoop under most people’s radar.

What type of Carlton kit do you have? I need to replace the heads on my 1965 Big Beat and I'm not sure if the toms are pre-international or standard?

Johnny....measure across the shell, outside to outside. That will tell you what size head you need.
J

retrosonic said:
Johnny....measure across the shell, outside to outside. That will tell you what size head you need.
Click to expand...

I know. I'm too lazy to remove the heads and you really need a drum shell caliper or similar to get an accurate measurement. I've been stung before with some of my former English kits but a couple of toms were in bad shape and the shells not perfectly round. I was hoping that someone will have first hand experience with the head sizes.

I think they are pre international. Premier made the move to standard sizes in early 68 late 67 and I believe Carlton did the same. Although Carlton ceased to exist in 68 and became Hayman.
You must log in or register to reply here.