Time to do my research. Where do I begin?

This is a worthy mission and there are so many to choose from.

I'm partial to his first "On Broadway" recording https://en.wikipedia.org/wiki/On_Broadway_Volume_1 and then EVERYTHING with Bill Evans and Keith Jarrett, but then I'm a sucker for great pianists.

Here's his discography on Wikipedia https://en.wikipedia.org/wiki/Paul_Motian_discography

His first ECM Conception Vessel
sunday night at the Village Vanguard with Bill Evans and Scott LaFaro
live at the Deerhead with Keith Jarrett
theres a live recording on supermegs with Metheny, Dewey Redman, Charlie Haden. The recording isn't good but the playing is amazing.
keith Jarrett Bop Be
Any of his albums with Joe Lovano and Bill Frissell or JF Jenny Clarke and Charles Brackeen.

multijd said:
His first ECM Conception Vessel
sunday night at the Village Vanguard with Bill Evans and Scott LaFaro
live at the Deerhead with Keith Jarrett
theres a live recording on supermegs with Metheny, Dewey Redman, Charlie Haden. The recording isn't good but the playing is amazing.
keith Jarrett Bop Be
Any of his albums with Joe Lovano and Bill Frissell or JF Jenny Clarke and Charles Brackeen.
Click to expand...

Great list. When considering Motian, it is hard for me not to default to the Village Vanguard albums with Evans and LaFaro (Sunday at the Village Vanguard and Waltz for Debbie). All three musicians have wonderful "touch" and exhibit a symbiotic relationship that makes these truly magical recordings.

I like Paul when he is in motion with Keith Jarrett. The best motions Paul has made IMO.

JUMP on this at this price. I paid quite a bit more some time ago waiting for it to come back in stock.

Not definitive - I’m not sure one album can be for an artist that recorded so much - but early Motian; “New Jazz Conceptions”, recorded 18 & 27 Sep ‘56 with Bill Evans and Teddy Kotick.

The Evans trio/Village Vanguard recordings are wonderful in that they really display three masters of lyrically expressive playing at their best.

It's worth noting, though, that this recording exhibits the earlier, more straightforward side of Motian. It swings in a classic way but still in his unique way.

By the time he's working with Keith Jarrett, he's into his more deconstructed, fractured modernist concept. This is also quintessentially "him" but it certainly can take awhile to appreciate.

I was lucky to see Motian with Bill Frisell and Joe Lovano at the Vanguard in 2006. It was something. Any sense of swing was only ever implied. He would NOT play any type of classic, swinging "jazz ride" pattern, even when you felt like you really wanted to hear it. He let the other two guys establish a swung feel and he played in between, leaving a ton of space...all coloration. And he sat on that approach for the whole set.

It was fascinating, challenging and very impressionistic, all the qualities that I think defined him and set him apart as a player.

He said in an interview that toward the end of his time with Bill Evans, Evans was beginning to descend into heavy depression and was asking the other players to really keep things quiet all the time. Motian said that it was very frustrating to have to be so constantly restrained. I think the establishment of his more abstract approach was a pent-up reaction to leaving Evans and feeling more creative freedom, especially in later joining forces with a musical thinker like Keith Jarrett.

I don't know about definitive, the ones I like best are:

Can recommend this podcast if you run out of recommendations:

Podcast is a nice listen. Site also has an archive, with interviews. cymbal inventory, some of his calendars scanned, discography, and more and more: 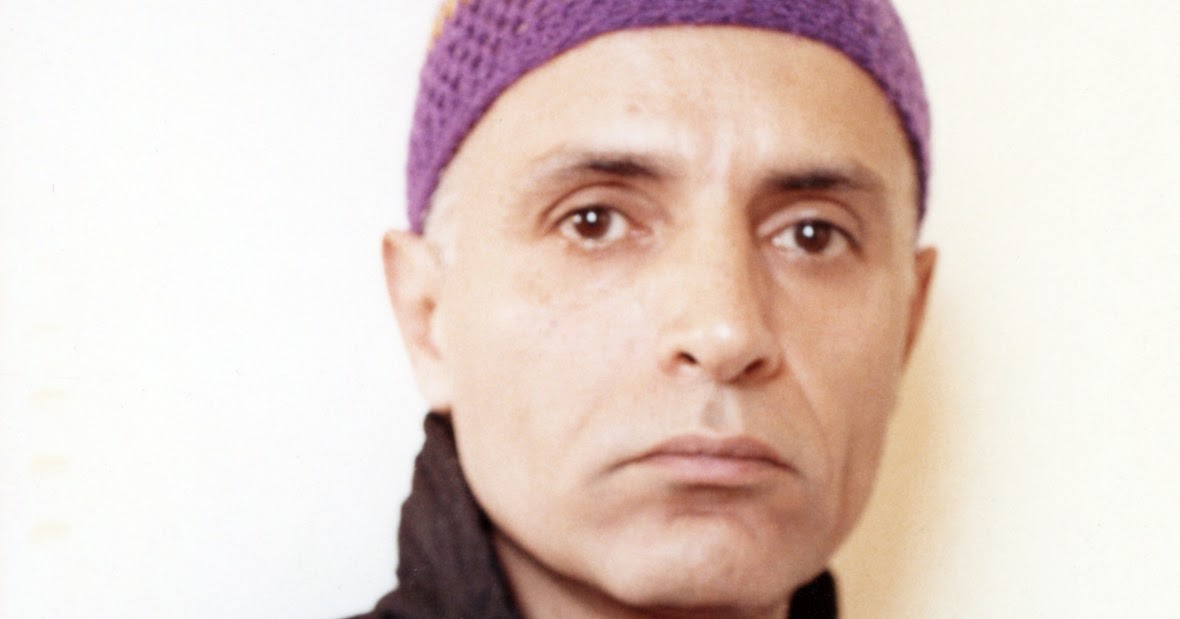 Stumbling into The Archive | March 2018

In this (hopefully) monthly new feature, music that has played a significant part in shaping the new albums covered on this blog will be displayed with reverence and affection. Feauring music from … 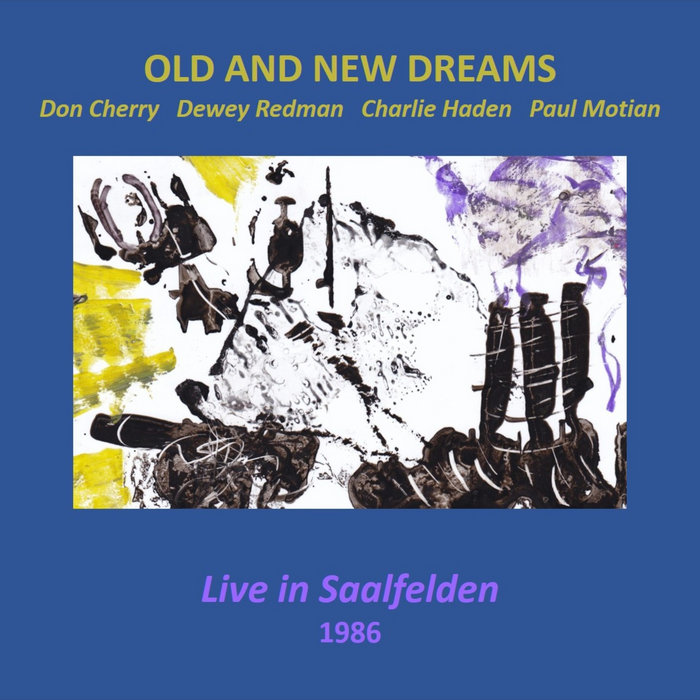 Live in Saalfelden, 1986, by Old and New Dreams

whats this Trioism..
Trioism (1993) with Bill Frisell and Joe Lovano

As mentioned, picking a definitive Motian record might be a little tough because throughout his life -career Paul REALLY continued to evolve and even consciously reinvented (deconstructed, even destroyed) his concept of playing drums-music. He also was proud of the fact that he had many different bands of his own (sometimes at the same time) that each required different musical approaches from him.

While the Bill Evans Vanguard recording are often pointed to as "it," I'll suggest Bill's "Portrait in Jazz" recorded the same year, it contains one of the quintessential cuts in jazz history where Bill, Scott, and Motian's magical concept of everyone soloing simultaneously crystalized, and it was caught on tape.

However, in 1959 there were two other recordings that I now turn to as important recordings to understand the early concept of Motian's. On Lee Konitz' "Live at the Half Note" Paul's ride cymbal is heard predominantly and it is a terrific listen for drummers. His pulse is unrelenting and even a little "broken" (at times.) Another 1959 recording is also at the Half Note but with Phil Woods, Al Cohn and Zoot Sims is good to, but his ride is not as predominant and the band's concept is not as uniform.

A really obscure recording that I have been listening to for the last few years is the (only) 3 tunes that Paul recorded with Andrew Hill in 1970 (it's the Mosaic select series box.) Really interesting to hear these two (of my favorites) together.

I didn't like the Jarrett American quartet much (sorry,) but I loved the trio of Keith, Charlie Haden, and Paul. "Life Between Two Exit Signs" and the recently issued "Hamburg '72" are two of my favorite piano trio recordings. I loved Paul's subtlety when he played in a piano trio, and was pretty drastically different that his larger group playing of the same era.

His trio with Lovano and Frisell was one of my favorite bands to go and see. You REALLY had no idea what you would witness each night and each set. I can't remember how many times I saw them. But because they were so "present in the moment," sometimes you caught a lackluster set that nothing really ignited, sometimes they would create a subtle burn, and sometimes you would witness musical nuclear explosions. When you are out that far on the musical edge, that's the chance you take. And they were TAKING CHANCES!!!!!!

"It Should Have Happened Long Ago" is their studio classic recording, just eternal, beautiful, and perfect. Their live records "In Tokyo" (1991,) "Sound of Love" (1995,) and Live at the Vanguard (1996,) are all examples of them at their BEST. Their last (?) trio recording "I Have the Room Above Her" is a favorite of mine too. After so many years together they really came to "figure it out" and how to capture "it" on a more consistent basis.

"Monk In Motian" is a seminal bass-less recording, and one of my faves. Monk and Motian seemed to be leaves falling from the same tree. I also love his quartet (the trio plus Charlie Haden) recording of On Broadway Vol 2 from 1990. Interesting choice of standards, and Charlie and Motian always sounded so good together. There is also an interesting Charlie Haden two CD set where there are two almost identical quartets (one with Higgins and one with Motian) playing live, it's a cool "musical study" and both bands sound FANTASTIC (yet very different.)

Three more "traditional" recordings that I LOVE are Lovano's "Village Rhythm," Tom Harrell's "Form," a classic recording of Harrell's compositions played to PERFECTION. And Leni Stern's "The Next Step" from 1987. Chick Corea's trio with Eddie Gomez and Motian captured on "Further Explorations" had a lot of potential, but I just don't think there was enough time for the musicians to really gel. Three strong voices, and not much time to let it evolve. It's a cool recording though, yet after a few tours I think it could have been utterly magical.

Lastly is his own "Windmills of my Mind" a quartet record with vocalist Petra Haden, Frisell, and bassist Thomas Morgan. It is so nice to hear Motian with a vocalist, (that didn't happen much, although he did record with vocalist Mose Allison) and he absolutely kills it. With Petra, he plays so minimally and only playing the perfect notes, it's like Miles on Kind of Blue. I think that was his last recording.

The book of his compositions really provides an interesting insight to his musical evolution. His compositional style really reflects his "concept" at the moment, and it's all there in black and white. He is one of my favorite composers (I recorded one of his tunes called "Circle Dance" on my record "Drumatic.")

Paul Motian was one of my favorite musicians!
That should get you started, hope that helps, happy listening!!!!
MSG

Skeet6 said:
JUMP on this at this price. I paid quite a bit more some time ago waiting for it to come back in stock.

That would be a great start (includes "It Shoud Have Happened a Long Time Ago"). And also the "On Broadway" set.
A huge +1 on "Hamburg ´72".
Favourite albums I haven´t seen mentioned - "Lost in a Dream" with Chris Potter and Jason Moran and "Garden of Eden" with a variation on his Electric Be Bop Band.

What a musician...
J

I always loved “I have the room above her” with Bill Frisell and Joe Lovano.
S

This is how this Forum kicks azz: deeply informed people who really know an artist/music answering a call for learning.

I love, love, LOVE "Live at the Deerhead Inn" with Keith Jarrett! There's just something about that recording. I looked at that cover photo, and when I listen to it I feel myself in that club.

toddbishop said:
I don't know about definitive, the ones I like best are:

Thanks for including Geri Allen's "Etudes." I bought that just last week. Paul Motian's playing is incredible -- much more aggressive than I've heard him play in many years. // skf
J

Polska said:
I love, love, LOVE "Live at the Deerhead Inn" with Keith Jarrett! There's just something about that recording. I looked at that cover photo, and when I listen to it I feel myself in that club.
Click to expand...

wow - I totally forgot about this album. Absolutely killer album.
You must log in or register to reply here.

Yesterday at 1:15 AM
bjisteve
B

Friday at 2:13 AM
green glass drum

Sad News and an Appreciation of Surf Music
2