Do other people gear choices and usage bother you?

I haven't read the whole thread, so this is just an answer to the OP.
My take on the subject is that life is too short to be bothered by other people's gear choices/usage (first world problem squared). I can be puzzled by them sometimes. But still, it's other people's time, space, and money being spent, and it has zero bearing on my life.
I have neither the money nor the space to be a collector, so most of my gear is players grade, and chosen for how it sounds. I might sometimes envy collectors for what they have (just as I envy the lady from my street, with the mint condition Alfa Romeo 156) but I don't judge them based on how they decide to spend their disposable income.

One thing that does bother me is when instruments are being used as investment objects. Like all those 50's Gibson LP's just sitting in some rich guys' vaults. To me that reduces the value of the instrument to be only monetary, and robs it of it's practical and aesthetic qualities. As opposed to the collector, who might not use the instrument, but who puts it on display and enjoys the sight and pride of ownership.
D

Kevinpursuit said:
No bearing on me! I have heard some really old gear bring held together with band aides being played like no other, and being mike just sound kick ass. I hold no judgement either way, unless its a know it all with an ego out his butt! Otherwords character speaks louder than chosen equipment!
Click to expand...

Well said .. I'm old school and if I buy something new in drums/hardware I tend to sell off it's equivalent but hey I really enjoy seeing the big collections posted here. If I were younger i'd be the same.
M

Old PIT Guy said:
I can speak only to excessively large collections owned by people who rarely play the bulk of it, or who never come to play it very well. And it's important to distinguish between being bothered by it and being dumbstruck by it.

I'm not bothered by what anyone spends money on at all. Life is short, spend it however you want to. That counter argument, or justification, to me is a big red herring. Because what we're talking about is a retail obsession that's gone off the rails when people have homes stuffed full of drums or storage units and so on. I'm just astounded at just how much some people buy and how forums normalize what I see as a perversity to the point of celebrating it.

It's plainly evident that for some people constantly searching and shopping for gear they covet and buying an inordinate amount of it has replaced the enthusiasm, effort, and ultimately the reward of seeing yourself improve and expressing your musical ideas. And that is after all the point of owning what they're buying. Realistically, there's no way someone who spends the time and energy comparing prices and reviews and selling and flipping and reading and posting about gear has the energy leftover to sit down with the concentration necessary to use the object they covet as it was intended. I understand how it happens, and I'm sympathetic, but I don't understand how someone does it for decades without a clue.
Click to expand...

I agree with this. I see this with guitarists too. If you're actually a pro musician that's utilizing all that gear then great, but I'm seeing more and more players with huge collections of snares, cymbals, etc that can barely play in time. What's the point? Better to have that gear available for players who will actually use it properly, not just leave it on the shelf. It also annoys me when a famous musician is selling a bunch of stuff on Reverb or somewhere and all the collectors swoop in to buy the most coveted items, which are then put on a shelf for display instead of being used. I can see why you would do that with a signed cymbal or something like that but I see it happen with amps and things like that too.

karlcrafton said:
I love "gear".
I really have zero to say about what anyone buys, or how they use it.
I "like" or gravitate toward certain things, but that's aesthetic based, and everyone does that.

Little things have drawn me in--like the old Rogers hi hat clutch that was used by everyone in the late 60's early 70's.
I just always thought it was the coolest looking piece, with that "wing" looking T bolt tightener... haha!

To this day, my favorite "looking" kits are still a 4 piece, or 1 up, 2 down Club Date style kits with minimal cymbals--
What did that was I was blown away by seeing Mel Taylor getting all that sound out of a 4 piece kit and ONE cymbal!

I also did the Neil Peart, Alex Van Halen, Tommy Aldridge style kits too. Throw in the Carmine double chinas in there too haha! Carmine's Maple Ludwig Realistic Rock kit was a HUGE favorite too.

As far as set ups, how someone places, or angles something is fine by me because THEY have to be comfortable with it. They also have to lug it around if they gig. I used a 28" bass drum for over 10 years--until I got tired of hauling it. Now I just use a 26....a 24 for recording.

My stuff would probably bug some people, but that's not my problem.
I mainly use shorter, double butt sticks (15", various diams), and don't really use a "ride" cymbal a lot of the time haha!
WTF? NO TIP on the stick?!? ...Yeah, well, when I was a kid, I had strictly snare drum lessons for about 5 years and I think I still know how to get what I want from a(ny) stick haha!
My tipped sticks have a large, bulb tip and a sloped neck in various diams, and are 15.5" long.
Leroy Aaron Rhodes has made my sticks (he's on facebook) almost 4 years now, and he's been getting quite a few BIG named guys lately.
Click to expand...

there's a fine line you come up against when you ask yourself. Self, am I being a HOG?
Click to expand... 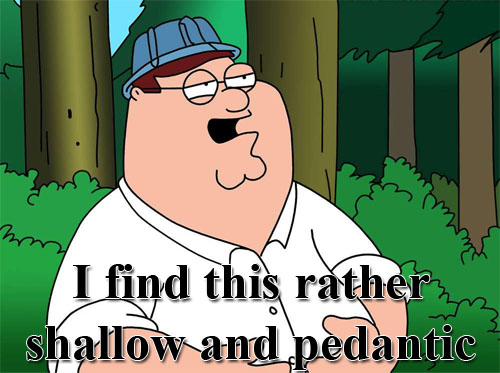 Heck yeah there's difference between a 24, 26 & 28.
If they are "padded down", IMO, they'd all suck, but made to sound like a BASS DRUM, there's a big difference in feel, action and sound.
The 28 has the most feel of the head moving, even though I play OFF the head.
Big, full sound, not really good for multiple stroke patterns if you like to hear the most of the sound of the drum and not have it get muddy. 14,16 depth sound better than deeper (owned 14,16 &20" depths).
24 can be punchy, articulate, fat, long sustain...14-20" depths sound great.
Recorded, a 24 sounds beautiful. I own 14,16 and 18" depths, played a 20" depth and liked it, but haven't ever owned one (so far).
26 can be fantastic, or crap, depending on the player. Slightly less articulate in some frequencies through a pa than a 24, depending on the room/venue/sound persons skill....14, 16, 18, & 20" depth sound freaking GREAT through a nice PA. I own all these depths.
D

there's a fine line you come up against when you ask yourself. Self, am I being a HOG?
Click to expand...

I absolutely agree 100%! Even myself, a self avowed GAS sufferer will admit that if I don't have a need or the intention of actually using a piece, then I don't buy it. And if I do, I usually will sell something to stay at a number I am comfortable with. BUT, and here is the point... that fine line is 100% dependent on each individual person and has nothing to do with our own personal "hog" line.

So while you and I make that conscience decision for ourselves, we can never judge others by the same criteria or try to impose our personal standards on someone else. I won't own instruments I will not play, but that has no bearing on a magnificent collection that was built for the sole purpose of simply having a magnificent collection. That approach is just as valid as yours and mine.

So really what may cross our own personal Hog line may not even be close for the next guy. We simply can't judge others based on our own preferences or even should we. Not when the answer is completely open to each individual player. It's not like "you did not play that C sharp correctly", their is no "correct" answer to gear, it's everyone personal preference.

And thank goodness, the world would be a boring place if everyone's gear had to look just like mine. I love everyone's gear from the player with a single snare to the most massive collection. I say HOG IT UP!

And of course, this in not actually directed at you personally JDA, I just saw it as a chance to run with your idea to flesh out my own thoughts further. You just gave me a great launching pad!

See what I mean That's how I mean it. How many Picasso's is too many..
How many Rolls-Royce automobiles is too many. Where you can't even absorb or enjoy them all in a span of a lifetime..
fully enjoy.
(can't barely use them all) fully
Last edited: May 8, 2021

OP mentioned Sonor and recently these 2 collections were shared online. 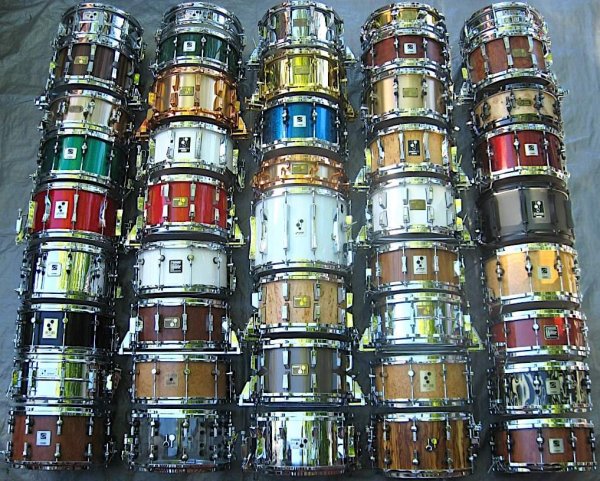 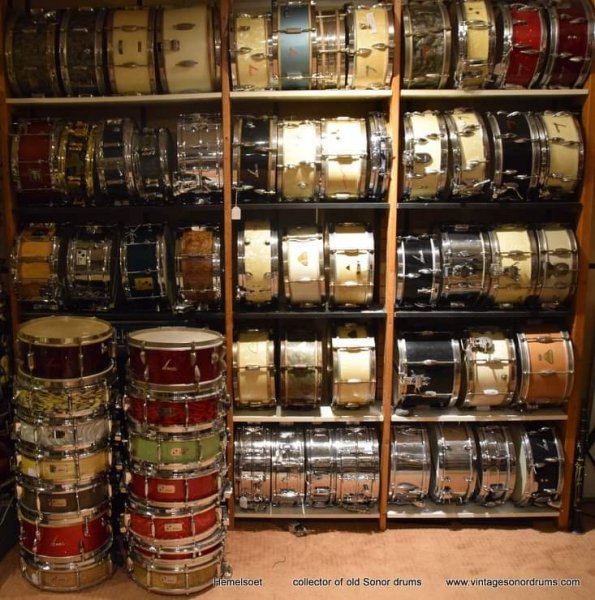 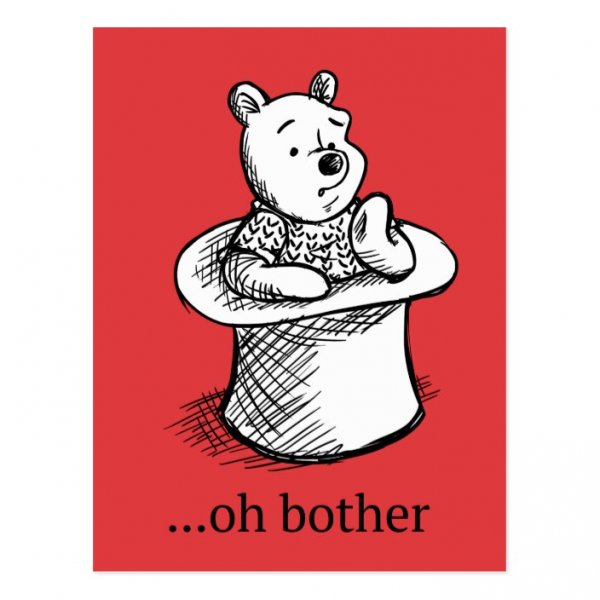 Nicely played.
You definitely won that round.
Beautiful collection.
You must log in or register to reply here.

Two gigs in one week after a 14 months of none.

T
Yet another "help me with mics" thread