I've had a lot of sweet sets that I should've just kept and spared myself all the packing and buying and all that. But there are really only two sets I would immediately take back if I could. 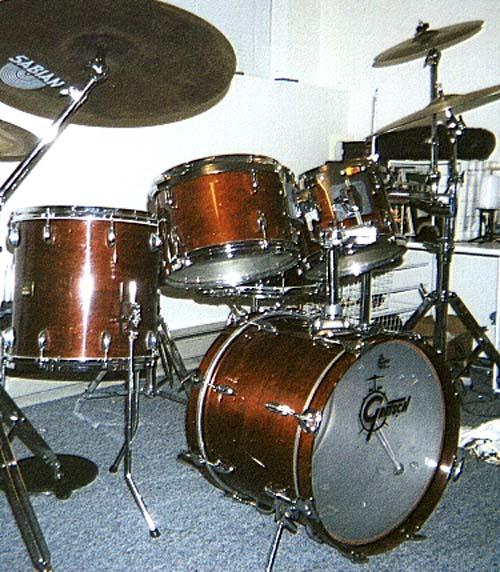 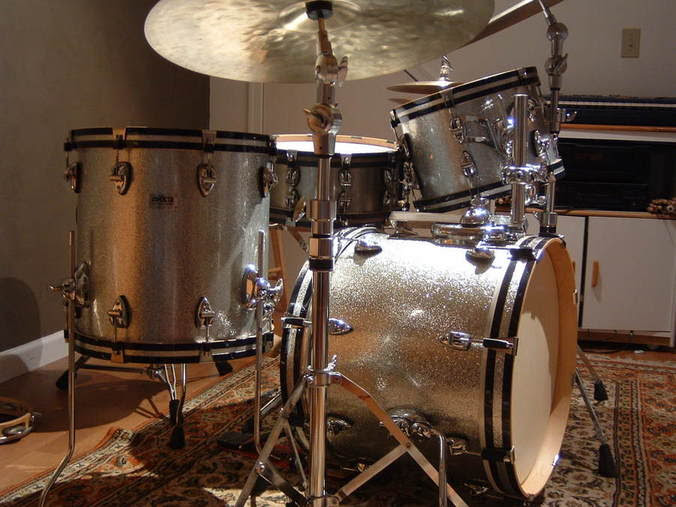 I’ve had a few “regret/buy back” items (Premier Signia kit, Noble & Cooley Alloy Classic snare, Paiste SC ND dark china, etc). The one drum that I still wish I had back was a 6.5x14 Brady sheoak block snare I bought from a forum member close to 10 years ago. That thing had an endless tuning range and had a pleasing timbre at any pitch.

I very much regret selling my Alloy Classic, too.


mgdrummer said:
I’ve had a few “regret/buy back” items (Premier Signia kit, Noble & Cooley Alloy Classic snare, Paiste SC ND dark china, etc). The one drum that I still wish I had back was a 6.5x14 Brady sheoak block snare I bought from a forum member close to 10 years ago. That thing had an endless tuning range and had a pleasing timbre at any pitch.
Click to expand...

That's precisely how I feel about my current set of Recording Customs. I'll try to hang to them with dear life!

My first kit, a Ludwig blue sparkle kit I got in 1965. Parents gave it to me and it was brand new. Man, I was lucky. Also, My Craviotto birds Eye kit is a close second. Then a very close third is a WMP 1961 Ludwig kit. I have no idea why I sold it! It all what I needed... Idiot! 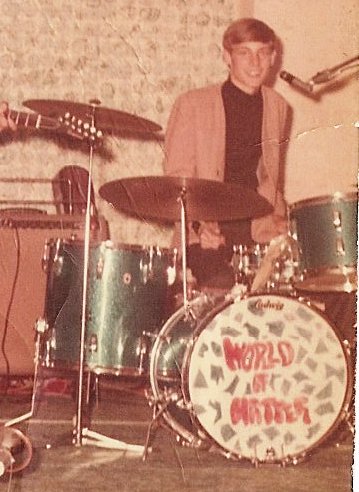 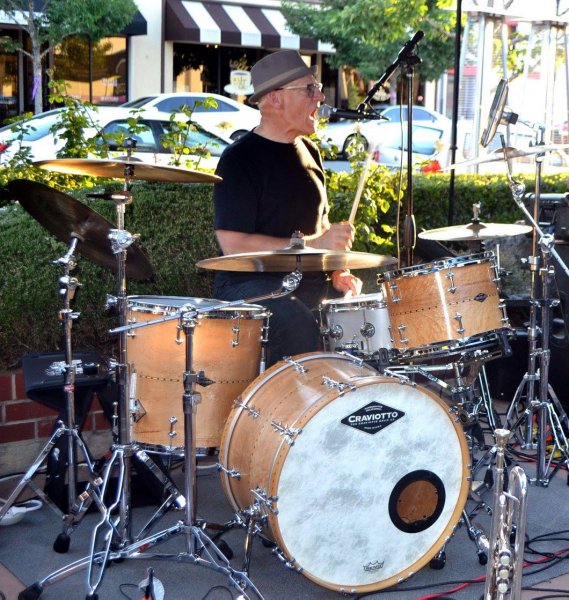 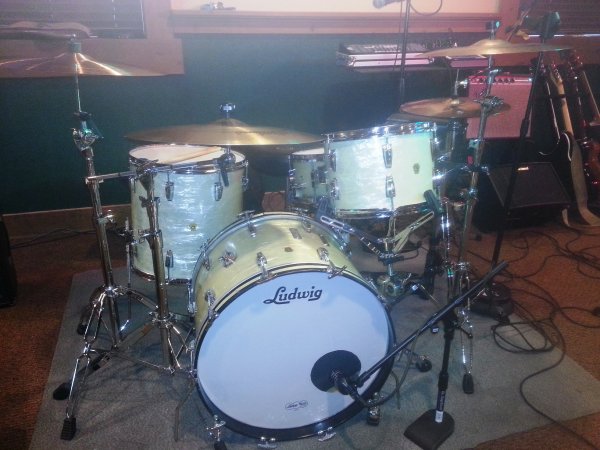 lrod1707 said:
That first Juggs kit I had was in 84' as well. It's interesting because it was made in Taiwan but the quality wasn't very good. Today Taiwanese stuff is great and has come a long way. The distributor for those drums were based in Miami and they were sold in local record/music stores and they mostly exported them to Central and South America. Either way, wish I would have kept them!
Click to expand...

Yes, Japan and Taiwan is great these days. The early made in Japan and made in Taiwan stuff was rough, in my experience. Like I said, my first kit was a '60s or early '70s Japanese Slingerland copy, and it was bad. It was probably 15-20 years old when I purchased it, and everything was stripped or did strip!

Wingnuts on stands would break off in your hands as you twisted them, the bass drum tom mount slipped like crazy, floor tom legs couldn't stay up (held in place thanks to duct tape). The quality of metal and fasteners used was really subpar back then. The bass pedal was one notch above aluminum foil. I have no idea about shell construction because I was too young to care, and my shells always had their original white coated heads (top and bottom), so I could never see inside, anyways.

My upgrade was a newer (late '80s, maybe) Kima drumset, made in Taiwan. It was a stencil kit; those same drums were probably imported under 1,000 different brand names! While the hardware was marginally better than my Japanese copy, it still left a lot to be desired.

While low-grade stuff still exists, most of the entry-level kits these days are light years ahead anything we could've purchased in the music store in 1989. The accumulation of incremental changes made along the way have led to some fantastic low-cost drums.

My very first real drum set at 15. I sold it for peanuts and how cool would it be to still have my first kit.

I bought a 5 1/4 x 14 Ludwig Supraphonic for $40 from an ad in our local penny saver. It was a 1976 model in mint condition, and the heads were thought to be original. It played beautifully, but in a fit of stupidity, I sold it to use the money for bills. It was so beautiful, that the gentleman who bought it, called me to thank me for selling it, and he lived in Puerto Rico!
I also bought another Supraphonic that was for sale at my local Guitar Center, for $49.99! It was a 6 1/2 x 14 and again, was in mint condition. Again, in another fit of complete stupidity ( you’d think I would have learned from the first time) I sold it. I should be banned from buying drums like that. I would give up all of the snare drums I have now to have the 5 1/4 x 14 back. I did pickup an Acrolite shell and lugs and put a snare together, hoping to get the same sound and feel of the Supraphonic, but it’s definitely not the same.
A

A.TomicMorganic said:
60s Camco in white 3-D. Bought it new, gigged it for years, decided I wanted bigger drums so I sold the 12, 14, 20 kit and bought a Ludwig Big Beat with a 24. Recently sold a Camco bop kit too, but it wasn't as painful.
Click to expand...

Maybe someone can help me find what model this is. It was a gift from a good friend. I only had it for a year, and so regret selling it. If I could find it today I'd buy it.
It was a piano black Pearl. I never bothered to look at the model (I was a kid).
The kit was Maple/Mohagany/Maple. It was from the late 80's/early 90's. I had it from 99 through 2000. Was that a Refrence? Did they make the Refrence back than?
I had a good friend, who was (still is) endorsed by Sonar. He'd always get the best, of the best Sonar had to offer. Anyway, he had it at the LIDC on a day, and I had this Pearl. They were tuned the same, with the same heads. I'm not saying the Pearl sounded better, but it sounded just as good.
So he was playing stadiums, and arena's using that model Sonar, while I was playing "The Funky Fish".
I even regret selling the snare I used with it. In a store full of snares, Jim Chapin happened to be hanging out with us. I asked if he would pick a snare for me. It was an old Starclassic, I believe (my clock was stuck at 20 after 4 back than).
Man, it hurts thinking about that set! 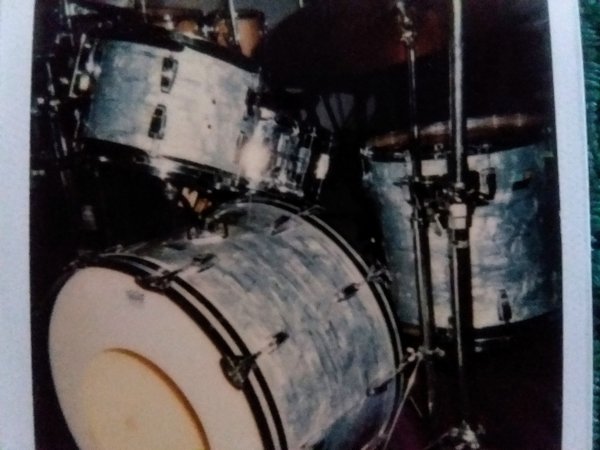 Whitten said:
I try not to regret, but anyway.....
My first proper kit was a SSB Gretsch in rosewood. I was young and 1) didn't appreciate what I had, and 2) didn't understand what I had.
Over time I ended up with 20" and 22" bass drums (for alternatives), 12" 13" 14" and 16" toms.
When I first started recording on sessions I had no end of problems with it. I was naive and was probably using the wrong heads, and I didn't know how to tune for the studio either. I had one particular nightmare session, working for a top level producer on a Tracey Ullman record. I spent about one hour before the session just tuning the kit. It sounded OK, but then the producer heard a metallic zing through the microphones. This was the end of my happy day.
there was no way to fix it inn the middle of the session, so we just carried on, and I never worked with that producer again. This was before the internet, but I eventually found out each lugbox had a spring inside, which was prone to vibrating. It was common practice to stuff the lugboxes with some kind of damping material. Well it just killed my confidence in the kit.
I went on tour next, and the band I was with split at the end of the tour. I was just a freelance sideman, but the manager had some big issue with the main band members, felt he was owed a lot of money. So he impounded a lot of the gear including my kit. I was too scared to get involved. So I walked away from the kit.
I replaced it with the latest flavour for studio players: Yamaha Recording Custom. That delivered for me over a few years and I was very happy.
In the end, you always wonder what else is on offer. the grass is greener syndrome. So I sold that kit. Ended up with a Pearl BLX briefly, then within about 18 months found my home with Noble & Cooley. But I should never have sold the Yamaha Rec. Again, I had 22" and 24" bass drums, plus four toms. It was a 'do it all' kit.
Those are the only two kits I wish I had kept - Gretsch SSB and Yamaha Rec Custom
Click to expand...

Scary story about the impound. Was that Yamaha RC kit the one in Julian Cope's "World Shut Your Mouth" video?

By the way, I can clearly hear the springs on my 80's Gretsch. I haven't recorded with them, but I imagine many Gretsch lugs had that issue. The danger is that some of them were assembled with self-tapping screws, so once you take them off....whoops. Never a dull moment with old Gretsch hardware.

1971 Ludwig 5pc kit. I was never crazy about it, but compared to what it would cost to replace it now I practically gave it away.

My wife regrets that I haven’t sold any of it.

No drum regrets although I miss a few from time to time. I typically flipped to buy something else, it’s all good. I sold a bottom AZ that was given to me by Chambers Bros drummer Brian Keenan back in the mid late 70’s .... it was a 60’s tall stamp. At the time I was only into matched sets so that one had to go. Probably the sweetest sounding bottom I ever heard . I think I know where it is but I’d probably have a tough time coaxing it back. Se la vi
T

I sold a 6.5 x 14 cloud badge Radio King in a slightly faded white marine pearl, all original including snares. It was a real specimen. I pine after that one often, and that was about 20 years ago!
W

equipmentdork said:
Scary story about the impound. Was that Yamaha RC kit the one in Julian Cope's "World Shut Your Mouth" video?
Dan
Click to expand...