I went to a record signing with Bruford and Belew in '84. I added Fripp's autograph at Tower Records on Clark St. in Chicago a few years later. I hope to add Levin's someday . . . missed my chance one evening. Bill & Adrian were a lot of fun to meet!

I saw them later that evening in concert at The Poplar Creek Music Theater . . .

I have heads signed by Tommy Igoe, Brian Blade and Eric Harland. I bought a head signed by Max Roach. I have a set of signature sticks played/owned by Elvin Jones. I have CD's signed by Alan White, David Garibaldi, Dave Weckl and Dennis Chambers. Bun E. Carlos was gracious enough to sign my Budokan CD, CT's first album and my ticket stub. I met Aynsley Dunbar after a private gig and he signed my ticket. I have a Zildjian cymbal won at a GC clinic signed by Kenny Aronoff, Dave Abruzeesee, Ricky Lawson and I remember Ed Shaughnessy was there but don't recall if he signed it.

One of the coolest stories is meeting John Densmore in the hallway of LA Superior Court wearing a purple suit and black tie. I saw him and did a double take....no way. So I walked up through a group of his lawyers and asked him, "Excuse me, are you John Densmore?" "Yes." "The drummer?" "Yes." "Of The Doors???" "Yes." I then fan-boyed and we chatted for about ten minutes. I had just seen The Doors 2000 (this was 2003) and had told him the drummer had sucked and was not as good as him! We chatted about songs (he air drummed the intro to Break on Through and I finally got it!), Jim M. and the movie. To my shock, he then said, "You know, the other members are right behind you!" I turned around and Robby Krieger and Ray Manzarek were right there behind their own group of attorneys! This was during their suit over their name. I went over, ended up meeting all 3 and getting all 3 to sign backs of my business cards. It was surreal!

And of course, I have my Brown Beauty snare "signed" by many of my musical heroes.

Ok, so some of you know I did a recent restore of a "Jazzette" kit....I think it turned out pretty good, as do others based on the mostly +++ feedback...thank you! I also found a nearly matching Pioneer in mahogany for that kit and it's a nice drum in excellent condition so I am stoked...

I have a few: Max Roach, Elvin Jones, Billy Higgins, Bill Kreutzmann, and a bunch of stuff that had been written by some of my teachers.
O

This is my favourite.

Old Sticks said:
This is my favourite.
Click to expand...

Your post reminded me that when I met Ginger in '92 I got his autograph: 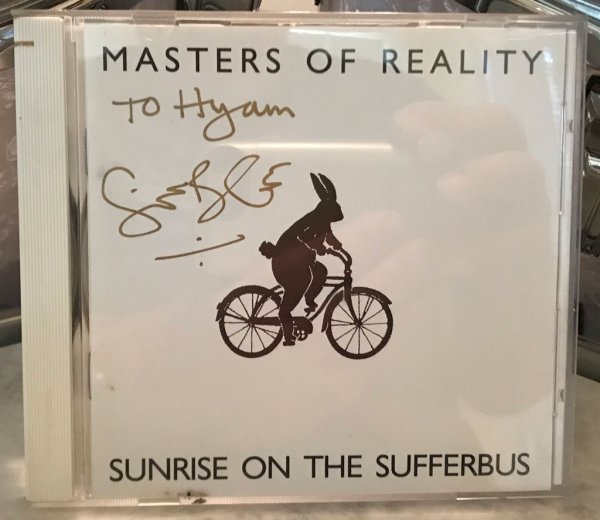 I have opposite ends of the drumming spectrum, The Bad Plus’ Dave King and Herman ‘Ze German’ Rarebell of Scorpions fame sharing a frame.
H

I have a drum head signed by all the members of RUSH.

Oh, I also got a Steve Smith autograph when I bought a CD at a small concert of his. Me and everyone else that bought a CD got an autograph.
Last edited: Jun 6, 2021

I forgot this when this thread started. The late great Ralph Peterson about two years ago. Saw him in Seattle, bought a The Messenger Legacy double CD and had him sign it. He was a monster player. 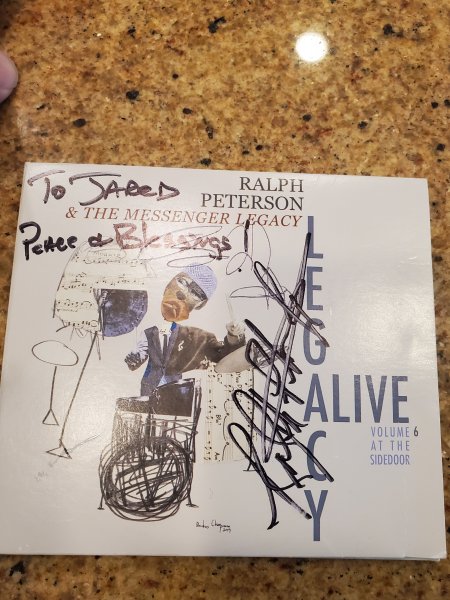 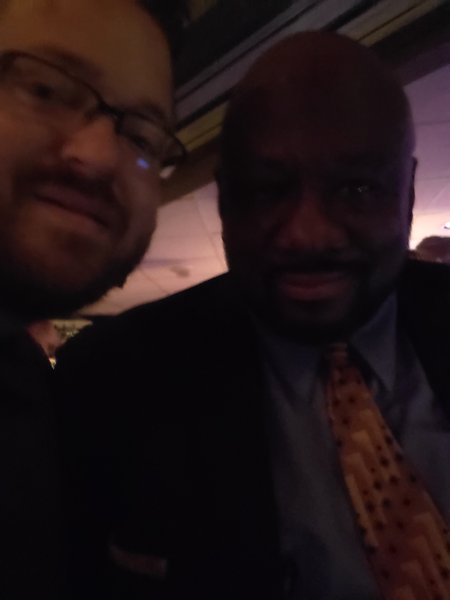 I only ever had four, and I didn't really go out of my way to get them. My favorite, and the one I'll hang onto for sentimental reasons is Ed Shaughnessey, b/c he was the guest artist at my crappy little desert band camp for kids who couldn't afford to go to the real band camps, and we had several interactions that week. He seemed to be genuinely as overjoyed to be at that crummy camp in that crummy town as he seemed on stage with Doc. What a guy...

At PASIC, Portnoy signed my Liquid Drum Theatre VHS set. His stuff through roughly 2005 is possibly my favorite recorded drumming, but I could see myself selling that item at some point just to get a few bucks and clear out some storage space.

There was a Megadeth concert I went to where if you donated cans of food for the homeless you got to go through a handshake/signature line (next, next, next... it was right after the roadies made backstage selections from the adjacent rock slut line: "you, you... eh... [throws hands up before pointing] and you. Why not."). I think maybe Nick scribbled his initials on my CD case with the rest of the band.

I had Vinnie Paul's signature on a promo posterboard, and I gave it to a super-mega-turbo Pantera fan after a tribute show soon after VP died. I figured anyone who could be as stoked as he was at a tribute show would truly cherish it. (I brought it figuring there would probably be someone like that in attendance.)
Last edited: Jun 6, 2021
R 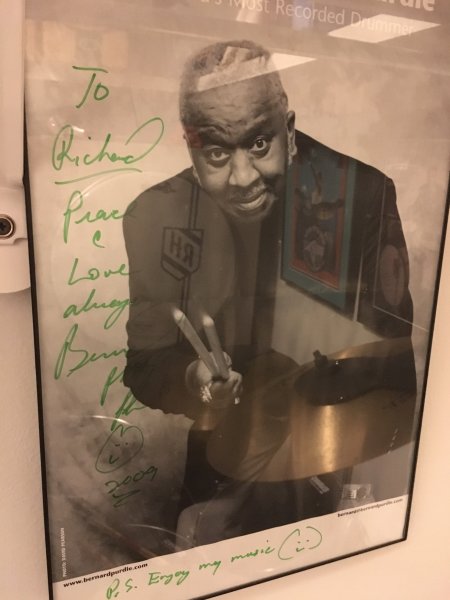 H
opening band and changing cymbals, no sleeves or washers on stand :(
2

Happy Belated to the "World's Most Recorded Drummer!" (82)