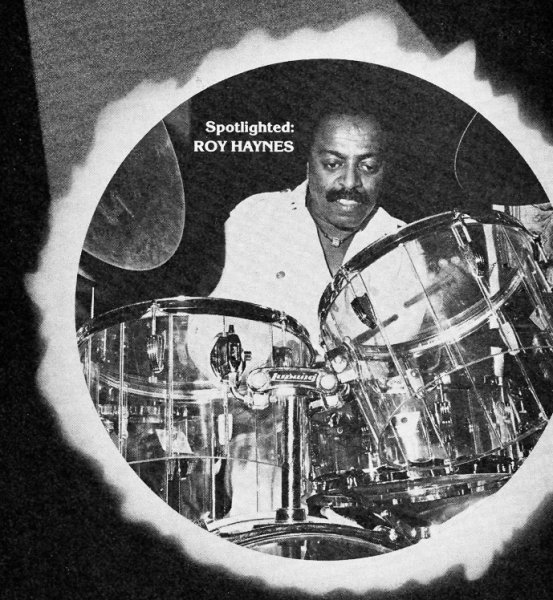 SKF NOTE: Yesterday, 9/22/20, I wrote about Kenny Clarke's frustration trying to play left handed snare accents while crossing his right arm over-and-above his left while keeping time on his hi-hat. His frustration was the catalyst for Clarke’s experimenting with keeping time with his right hand on a ride cymbal. That change is now a standard way of playing drumset.

I tended to attribute evolution in drumming always to artistic insight, flashes of musical inspiration. Yet, the more I learned about drummers and drumming, the more I discovered innovations were sometimes a result of more practical matters.

For example, for years I assumed jazz drummers in the 1960s used smaller "bebop" kits because the 18x14 bass drum, 8x12 and 14x14 toms lent themselves to a more melodic style of drumming. Yet in separate interviews in the 1980s, both Max Roach and Elvin Jones said they used the smaller drums because they fit better in a car trunk or in the back of a station wagon.

So much for flashes of musical inspiration.

Roy Haynes is credited as the first drummer to move away from playing the hi-hat with his foot on the 2 and 4 beats. For a long time, that was the rule of thumb for playing a drumset. You played the hi-hat on beats 2 and 4.

Roy Haynes treated his left foot on the hi-hat much the way he treated his right foot on his bass drum. Both were independent parts of the drumset.

I don't remember how, but one afternoon, at a Hip Ensemble rehearsal in Roy Haynes's basement, our conversation turned to Roy's hi-hat playing. His rehearsal drumset was a bright white four-piece Ludwig. He gave me permission to sit at the drumset. I didn't play, but I did rest my foot on Roy's bass drum pedal. It was surprising how loose his foot pedal springs were adjusted. Almost as if he didn't use the spring tension at all.

If I tested his hi-hat I don't remember. But when our conversation turned to his not playing a strict 2 and 4 hi-hat -- Roy laughed. He knew many people, including me, spoke about his hi-hat independence as a flash of musical inspiration. But the truth is, he said, try as he might, he was never able to play while forever keeping strict 2 and 4 time with his hi-hat. Instead, he developed his classic style, his one-of-a-kind voice.

Interesting... I wonder if the more modern style of changing up ride cymbal patterns had something to do with the fact that it's often easier to play more varations on the snare while doing that then keeping a super steady dig, dig a dig pattern going. I know that I tried the strict pattern thing first when I was learning to playing jazz but I feel like I got a better groove when I allowed myself the freedom to change up the pattern a bit...
You must log in or register to reply here.

C
WHO WOULD YOU WANT TO REPLACE YOU IN THE STUDIO?

Anyone has a favorite drummer inspired kit or a tribute kit?

Do You Stick Your Sticks In Your Pants?