I had this Eames snare drum built in the 80's.

Originally, it was set up with a Dynasonic snare unit and die cast hoops.

I switched it over to the Yamaha hoops and Puresound snares later.

I love this drum.

And yes, a (metal) Gretsch snare gave up its bits to make this drum. No Rogers drums were harmed during this project.

^ Nice snare drum. It must sound fat and full with the wood hoops. I've wanted to try wood hoops on snare and toms but haven't yet.

I like my Eames kit enough that I'd have new drums built by the new owner to find out if he makes them any differently or even better. A 24x14 kick would be a blast to pick up... might have to do that one day.

I like the sound and feel of the Yamaha wood hoops. The only downside I’ve found is they take up a little real estate. It isn't much but I notice the wider diameter.

Fat and full, indeed. And easy to tune.

Mine show very little wear after quite a few years. Not a heavy hitter, though.

I ordered an Eames Master model 15-ply snare a couple months ago, and I just went to pick it up. Stunning drum. It's a 14x5.75 in cherry wine. Champagne lugs. 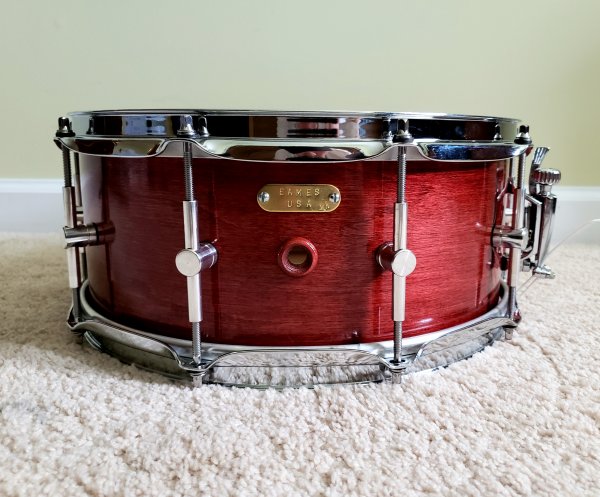 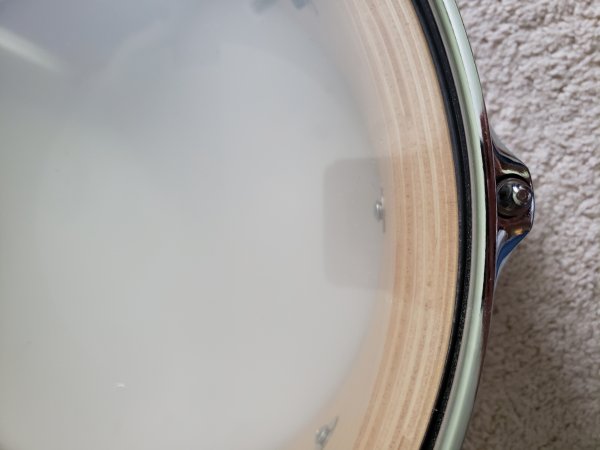 My Eames 8x14 Master Model. Joe made it for me back in 83. It's a bit of "FrankenDrum" with Gretsch hoops and lugs and a Ludwig P85 throw.

Sorry I'm late to the Eames party. My Eames.