I was going over some you tube video's today and I ran across Elijah wood on some Shania Twain video's, what's the story on he/her? NOT bashing just interested in the back story.

From Wikipedia:
Elijah Wood is an American actor, voice actor, producer, and DJ. He is best known for his portrayal of Frodo Baggins in the Lord of the Rings film trilogy and in The Hobbit: An Unexpected Journey. Wood made his film debut with a small part in Back to the Future Part II.

He's a good, solid player for sure.

Just to put it quickly, he has transitioned to she. Seems to put on a good show and keep solid time doing it.

Here's a good interview: Sounds like a hard working kid.

Musicians In The Spotlight: An Interview with drummer Elijah Wood on being an integral part of the Shania Twain Tour, the crazy and exciting stage production, advice to aspiring drummers and more

When you go to a show of a music icon, a legend if you will and experience what is for many a once in a lifetime opportunity event then it isn’t often that you come away blown away by one of …

He's the son of someone I went to HS with - the amazing rock and roll violinist and instrument inventor, Mark Wood. I often saw the videos his dad would post to facebook when Elijah was 12, ripping up Dream Theater songs.

Then one day I realized as he was older, he was actually playing with those guys! There are also a lot of videos of him playing with his parents, who have a really interesting musical outreach thing going on to encourage more kids to realize stringed instruments and classical chops can be cool cool. It's called Electrify Your Strings. And no doubt you've seen people playing Wood Violins.

His dad was inventing all these crazy instruments in HS and was an amazing player. He's 6 years older than I am but I got to jam with him a few times when he was teaching violin to someone I was in a band with. He'd heard from her about these 15 year olds playing Mahavishnu Orch songs and came to jam with us.

Jordan Blue said:
Elijah Wood is Transgender, https://www.elijahwood.pro/about
not to be confused with her dad who plays with the Trans-Siberian Orchestra (not Transgender). 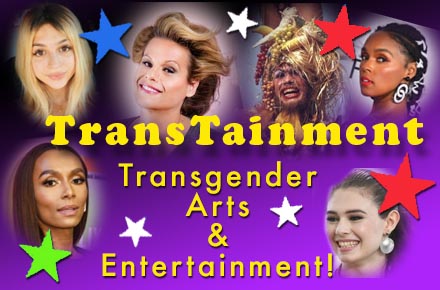 Mister and Mrs. America and all the ships at sea -- It's time for The Week In Trans! All the news from the world of entertainment and the arts that features transgender performers, artists, or themes. Today we meet Shania Twain's tour drummer, the pretty, non-binary Elijah Wood. We learn about...

First of all, great drumming and stage presence.
Elijah seems to be fine with being referred to as he or she, which seems more androgynous than most trans people. Might have changed the male first name if he/she wanted a complete change.

Pretty impressive to get such a big gig at 19 years old!

But is it a tone wood or not?
You must log in or register to reply here.