Ever see a professional band get booed off stage?

Actually one that I personally got involved in was the opening act for Jean Luc Ponty at the Berkeley Auditorium.
A solo mandolin player opened up to not much applause or fanfare.
One of those you could hear who broke wind moments for the most part.

About a month later ,I organize a jam session with a bunch of JLP charts at a small cottage around Mills College in Oakland.
A bunch of folks I met for the first time (Grammy nominated later in their careers) .
Barb Higbee,Curtis Ohlson,Darryl Anger and David Balakrishnan .

I mentioned that I recently saw Ponty and the opening act did not thrill.

Darryl Anger said ,ahem,that was me.

Never saw an act get boo’d off stage but I walked out on two shows only after a couple of songs... Hot Tuna electric version , so loud it hurt , had to go. Bobby and the Midnights (Billy Cobham) they just plain sucked!
S

Well, that and tracks:

I saw the Clash in 1982 and they had Grandmaster Flash warm up. The crowd was not hip to the idea of people talking over turntables! I saw my first rapper AND my first mohawk. In actuality, it was pretty cool.

I had friends who saw Aerosmith headline at the Suffolk Forum on Long Island and they were so drunk, they got booed off the stage.

Worst I ever saw was Livingston Taylor open for Jethro Tull and get mercilessly booed for no reason, then even had bottles thrown at him on stage at MSG in NYC. He got hit with one. That was not cool. I also remember, ACE opened for YES at Roosevelt Stadium, Jersey City, NJ in 1975 and was booed from the first note to the last. I also remember seeing The James Gang with Tommy Bolin in the band get booed at The Schaefer Festival in Central Park when they opened for Peter Frampton. It wasn’t that everyone wanted Frampton, cause this was Frampton’s Camel era, it was that people realized Joe Walsh was gone from the James Gang and not many knew Tommy Bolin back yet. Shame.

Saw them at the Keystone Berkeley ,only reason I was there was BC.
Everybody else thought it was a Dead concert.
A

My wife and I walked out on The Red Hot Chili Peppers, they shouldn't have had the Foo Fighters open for them. FF totally stole the show. Two songs into RHCP we bounced.

And going back to something mentioned earlier about the Philly crowds. I was in a band years ago that was excited to play our first gig in Philly (had played a lot in NY & NJ, but 1st time in PA). The crowd tried to Boo us off of the stage before we even started playing. They loved us by the end of the night, but Philly is tough, "City of Brotherly Love" my ass.
P

in seattle in the late 70's/early 80's they had up and coming $2 shows at the paramount. local bands would open and often get trouble from the crowd. saw tom waits get boo'd off stage opening for frank zappa (roxy tour). saw local artist play a festival in seattle and kill it, same guy in same building a week later opening for jeff beck gets boo'd off. opened for tower of power and our singer got cute at the end of show and got us some boo birds.

Ghostin one said:
I saw that too, at the Cap Center in Maryland, but I think it was the tour before Eliminator, the El Loco - Motion tour. Very awkward.
Click to expand...

I think you are correct. Looks like the show I was at was in January of '82.

Aerosmith opened for Sha Na Na early 70's Suffolk Downs in East Boston. I think their first record had just come out, but not charted yet. They were getting
good airplay on the Boston stations so they had a good home base of fans which made up most of the crowd, and after their set the crowd wanted nothing to do with Sha Na Na

I think I may be the only person on earth that liked Bobby and the Midnights; both the album and their show.

Rich K. said:
I think
I think I may be the only person on earth that liked Bobby and the Midnights; both the album and their show.
Click to expand...

I actually do like Bobby lol , longtime deadhead here , But they were just aweful that night, totally out of synch and not grooving at all. Bombs away bobby!!

Yes...Humble Pie got booed from the stage back in the 70s because Edgar Winter Group tore it up. There was a 45 minute delay between groups to set the new stage. In that 45 minutes, 70% of the audience left and the rest booed them after such a long wait...

Gino Vannelli and his band were the front act for ELO, during their "spaceship" tour. Gino's band rocked the place. The crowd was dancing in the aisles. After intermission, when ELO walked out of their spaceship, the band was totally uninspired, and acted like they didn't want to be there. After a few songs, the audience started chanting, "Gino, Gino, Gino!" After the concert, ELO said they would never come back to that city again.
Last edited: Jan 12, 2021

Vince Neil, right after he went solo, and opened for Van Halen.

afwdrums said:
Prince was booed offstage opening for the Rolling Stones in 1981...it was pretty early in his career and he wasn't well known yet, but still, Prince 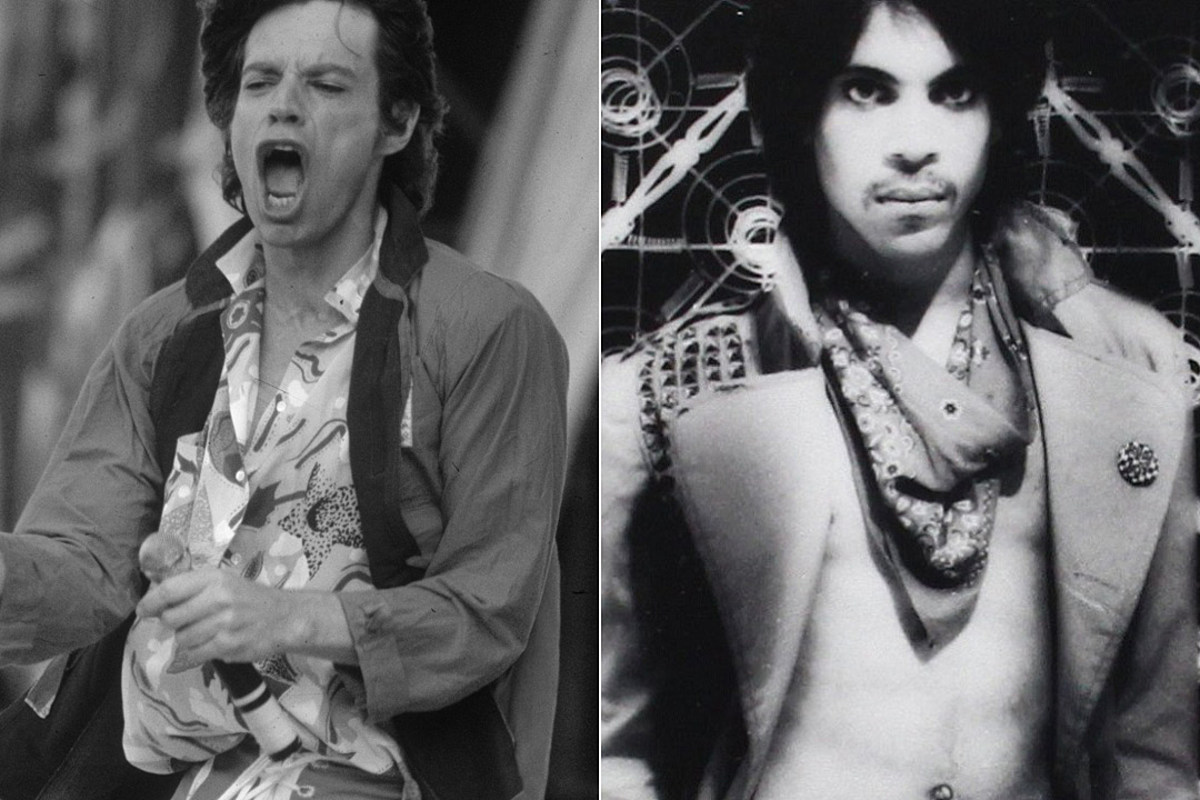 That Time Prince Got Booed Off the Rolling Stones’ Stage

Prince wasn't yet a huge star when he opened for the Rolling Stones on Oct. 9, 1981. Fans booed the singer off the stage while throwing food at his band.

worst I've personally seen was James Brown's last wife Tomi Rae, they had her out during the beginning of the show, backed by James' band but before James first came out...she was singing some Janis Joplin tunes, and got heavily booed...I don't think putting her out there was a good call, for a variety of reasons, not sure how long that went on
Click to expand...

I was at that show. Biggest food fight ever!

I saw Areosmith in 1987 and Guns and Roses was supposed to be the opening act. When we got there the opening band was some band nobody ever heard of called Extreme. It turns out that Guns had gotten so big so quick that they left the Aerosmith tour to do the Monsters of Rock in England. This happened to be Extremes first ever big time show and the crowd was not too happy especially since Gary Cherone was prancing around and humping the mic stand. I guess we all felt like the only one allowed to act that way was Steven Tyler. I don't think Gary even realized how many people were angry that he wasn't Axel Rose.... Lol

I walked out of a Neil Young concert in the late 80's. I was right up front in blistering hot sun and we had to wait an extra hour so some old guy could tune a piano! Neil was not happy to be there and I was so close I could hear him mumbling how unhappy he was and how he just wanted to leave. The sound was terrible and his harmonica almost left me with total hearing loss. I was probably around 18 so my ears recovered after a few days. I lasted until crazy horse came on and after a few songs said forget it. It's funny how one bad concert can leave a lasting mark. I have always tried to remember that because I know Neil does some decent things but that experience of hearing him complain and put on a crappy show soured my whole image of him that I still think of today.

I watched the band Better Than Ezra get booed off stage in the middle of a Jets game back in the mid 2000s. The boos over powered the stadium’s sound system and the flying bottles had them running off stage after the 1st song haha. It was quite entertaining!
You must log in or register to reply here.