Vater maple Super Jazz (although the name irks me!) and ProMark 7A Select Balance Rebound are my favorites... until I can get my Regal Tip Jazz again!!!

Yes I’m not sure if they make it any longer

I preferred Zildjian Super 5b for general purpose use forever, but after a long layoff from playing the new ones seem heavier than they used to and I don’t like the balance. The best I’ve found since are regal tip bernie dressel and Ludwig Rock, which are both extinct so still searching.

For when a little more authority or volume is needed I love the balance of Vic Firth American Classic Metal wood tip. For quieter stuff I like regal tip 5a but will need to find a replacement soon
A

LA Backbeat MW-B565X, thicker feel in the hand with a long taper that lightens the stick to feel like maple with the sound of hickory., I’ve tried a lot of Frank’s sticks and after talking to him he suggested these, he was spot on.

In the seventies I briefly played Pro Mark, then Regal Tips. I stayed with Regal tip all through the 70s and 80s. Eventually they changed the coating, and I didn't care for the "new" finish at all.

In the 1990s I was playing in an oldies band, I decided that I preferred the sound of wood tips on cymbals. I tried a bunch of different sticks, trying to find something that really worked for me. For a while my stick bag had every different brand and size you could imagine.

Then I tried my first Vic Firth. Vic was the first to "crack the code", figuring out how to consistently make sticks that were not shaped like a banana. Younger drummers don't realize what a problem this used to be. You might have to roll forty sticks to find one straight pair. Today all of the major manufacturers have this sorted out, but Vic Firth was clearly the first. I've played nothing but Vic Firth since 1998 or 1999. As I think more about it, it could have been as early as 1996.

For a while I played a bunch of different sizes, probably eleven or twelve years ago I settled into 5As. I've been playing only Vic Firth 5A since about 2009. I play rock 90% of the time, and VF 5A sticks just work for me.

My wife buys a brick of sticks for me every Christmas, she doesn't even have to ask anymore. I keep a brick at home and a brick where my band rehearses.

I play DW, Gretsch, Slingerland kits, my snares are from Dunnett, DW, DW/Craviotto, Gretsch, Joyful Noise, McKenzie, Leedy, Ludwig, Noble & Cooley, Slingerland, and Spawn. My Hardware is all DW, my cymbals are all Zildjian, and my sticks are ALWAYS Vic Firth.
Last edited: Jan 12, 2022
M 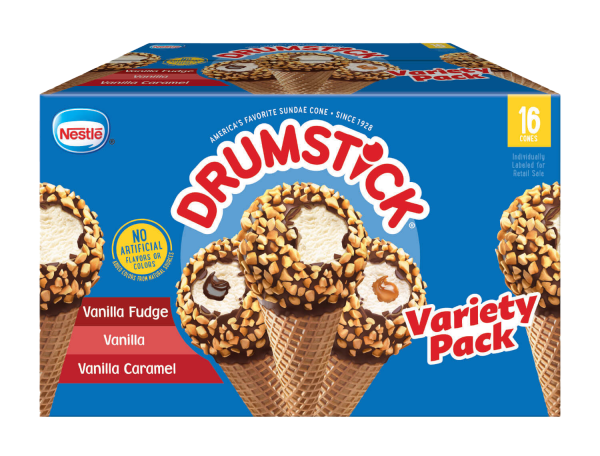 Vic Firth AJ1. Love the feel of the long taper. Feels faster with the rebound to me.

Cut my teeth on Pro Mark Oaks, 2B, 5B, 808, 747.
When I played years back I got into Vic Firth Harvey Masons I think, dark brown stain with the small round tips.
Vater - Marvin Smitty smith's fusions are nice

My favorites are Rod Morgensteins sig stick by Vic Firth, yet I can't find them on the site? Being a long time endorser, wonder why they are not produced anymore.
S

ppfd said:
Cut my teeth on Pro Mark Oaks, 2B, 5B, 808, 747.
When I played years back I got into Vic Firth Harvey Masons I think, dark brown stain with the small round tips.
Vater - Marvin Smitty smith's fusions are nice

My favorites are Rod Morgensteins sig stick by Vic Firth, yet I can't find them on the site? Being a long time endorser, wonder why they are not produced anymore.
Click to expand...

Starting using Regal tip 5A about a year ago. Its become my favorite stick.

Used to be:
ProMark 808 Cobham in the late 1970s
Cappella Jo Jones L & Cappella Fatback in the 80s,
then ProMark 721 Marco Minnemann in the 2000s,
currently Regal Tip 9A Maple,
now I don't know what I'll do since Regal Tip is non-existent.

Covid screwed up everybody's ( us, we) Stick choice(s. Threw it in to a tumbler.
Prior what once "didn't question".. Started 'questioning"..
Now we all play Covid sticks; All a compromise;

Promuco 2B Maple
and the Ultimate Covid Stick:
the Vic Firth MJC4 maple.

All thru Covid.
I tried to replace the SD4

and hardly better off than I was 2.5 years ago
with the SD2 Bolero being the "next" step (two steps) up from an SD4

Same place I was 2.5 years back.
With new only being the horridly weird VF MJC4 ("where's that balance point?") and the highly conventional Promuco 2B maple
the only -since covid- progress (I) made.
Last edited: Jan 14, 2022
W

I wanted to find something in-between an SD4 and a SD2.
What do think that would be. Think. Still thinking?
done?

So far my favorite are the Vic Firth American Concept Freestyle 5A. They're 17" long and 0.570" in diameter. I just love the extra length without the increased diameter. It makes a big difference in my playing! 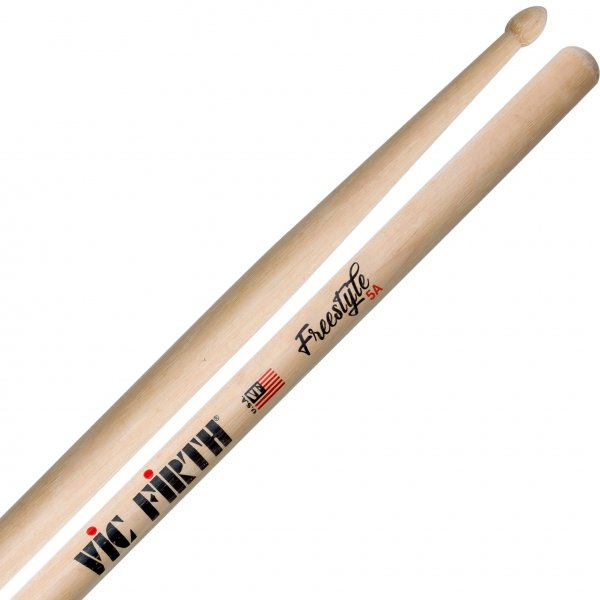 With the whole Regal Tip situation, I've been all over the place with sticks... I hate to think about how much I've spent looking for replacements.
Right now I'm using ProMark Rick Latham sticks with 2 coats of Bullseye shellac. Seems to be working out pretty well for now.
S

AustinFitz said:
So far my favorite are the Vic Firth American Concept Freestyle 5A. They're 17" long and 0.570" in diameter. I just love the extra length without the increased diameter. It makes a big difference in my playing!