Anyone gig with mismatched kits? I’m thinking of trying it. Maybe a DW bass drum and vintage Ludwig toms. Why not?
I won’t need to bother with the vintage bass sliding everywhere that way. I’m a fan a vintage drums, but I think the real differing factor is in the toms.

I might be gigging a Pearl early 80s maple 22 x 14 with Gretsch New Classic toms. The Gretsch kit doesn‘t have a large bass drum like that. Reasonably similar colour, red stain lacquer, and the sounds should work together, too.
A

I remember an article with Levon doing that. At one time, he was doing some Ludwig/Gretsch combination on the same kit.

Love doing that. Its common in the studio, but don't see it as often, live.

All the time. Sound/tone is what matters. 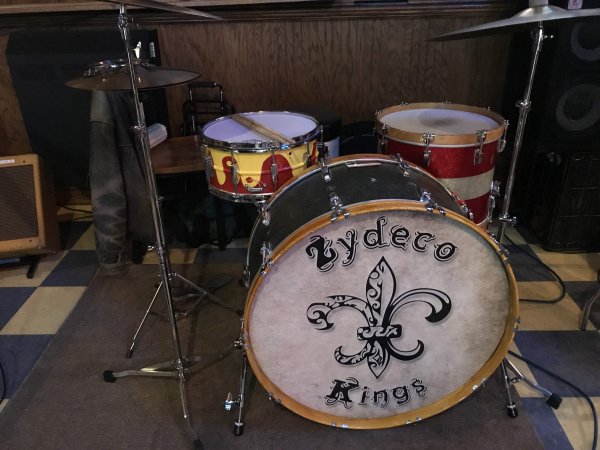 I've seen me do just that, plenty of times. 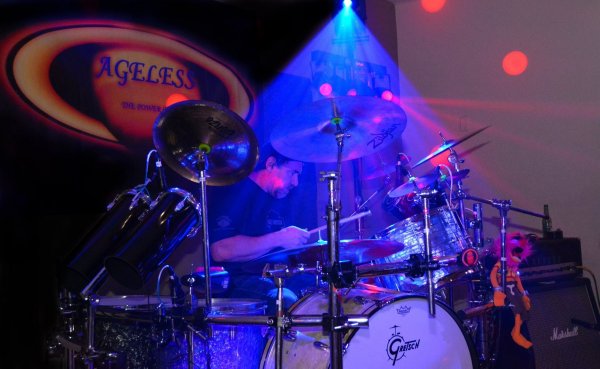 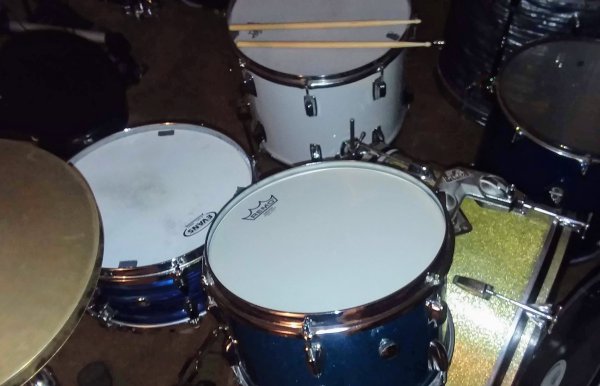 every gig. set up changes with each room

Variety is the spice of life.

Do what you want and who cares what people think.

frankmott said:
All the time. Sound/tone is what matters. View attachment 420868
Click to expand...

You're in a zydeco band? Holy crap!
What are the drums?

When one of you wants to put a kit together, I’ve got a 24x14 PDP Maple Concept Classic Bass drum in Natural Maple with the darker wood hoops if you want.
I just got my 22 and don’t need it. Shoot me a PM if you have a need. 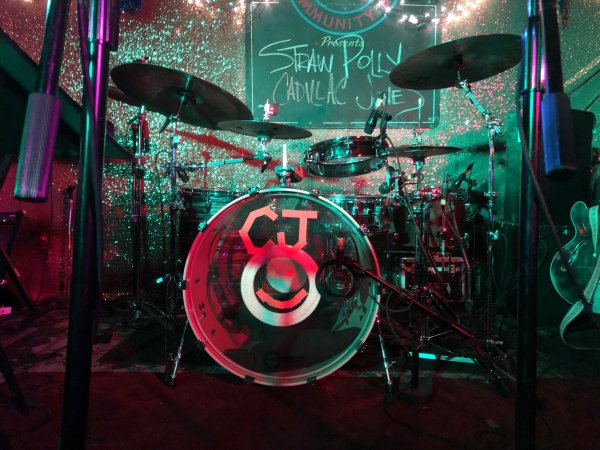 D. B. Cooper said:
You're in a zydeco band? Holy crap!
What are the drums?
Click to expand...

Yup. That's a Slingerland 12x26 shell, probably from the 40's or earlier. It was originally single tension, but I put Ludwig classic casings on it.
The floor tom is a '67 Ludwig 3-ply 12x15 marching tenor drum that i put legs on. Later, I found a pair of 15" wood hoops. I'm pretty sure it started life with conventional triple-flange hoops.
The snare is a 6.5 Supra that most of the chrome had come off of, so I did a whimsical spray paint job. I usually use a 7x14 WFL zephyr lug snare from the 30's with single-flange hoops. It sounds like crap all by itself, but works really well with the Zydeco band for some reason. Here's a better picture. 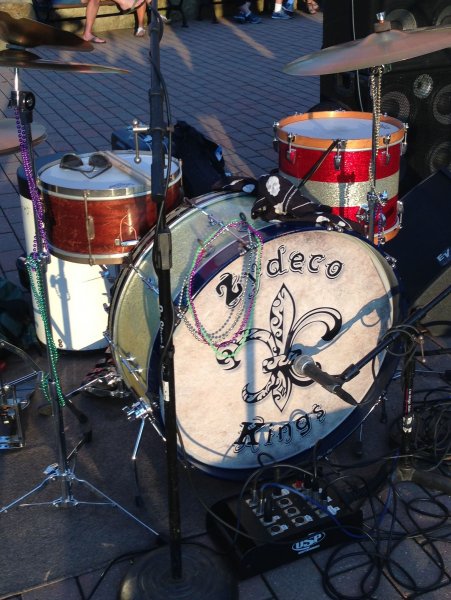 Currently gigging Ludwig bass/snare with Gretsch toms. Fun combination. The warm mahogany bass and the toms really cut.
You must log in or register to reply here.