Gigging on a full stomach: Eat BEFORE or AFTER you play a show?

I try to go light on whatever I eat before playing, and I always make sure I'm fully hydrated during the gig. 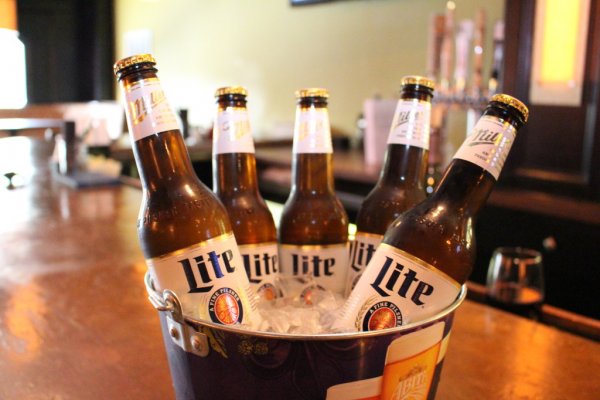 Night/late afternoon gigs I usually eat small meals before and afterwards it makes me feel satisfied for some reason. I must stay hydrated so plenty of water and Gatorade. I don't drink anymore so no alcohol but never drank alcohol during or before a gig. If my wife goes she's always have snacks on her.

Both: I have to "top-off the tank," just before going on (or before leaving the house, or on the way), and I either have a large bag of trail-mix waiting for the ride home, or have to stop and eat somewhere.

No booze until after the first set, and then one, maybe two beers, max.

I consider myself a medium-weight hitter. It doesn't feel like I'm exerting that much energy, but I must be, because I'm always ravenous after a gig. I cycle -- a lot. And a good 4-hour gig feels like a 25 mile ride.

Our gigs usually feed us as part of the deal. It is usually a thing for us to sit down at eat together after we set up.

So yes, I like to eat before we play. That is usually 3 -4 hours of playing with a few breaks.

Being a competitive cyclist as well as a drummer. I eat about 45 minutes or so before the gig, Also I take a Skratch Cherry/ Pistachio power bar in case I need it, we have 3 sets that are 1 hour 15 minutes long. So don't want to run out of gas,

Sure I will eat just before a gig or maybe during a break but I go lite and don’t over do it...

I have to have some food in my system before I play. Food is fuel! And I think it would stink to get hungry in the middle of a set. Hunger also causes you to concentrate on the hunger and make mistakes.

I once ate *during* the show.

DrumKeys said:
I once ate *during* the show.
Click to expand...

Yes! That was me, rather frequently, back when I had a regular gig at a place that fed us for free. It got so bad, I even started bringing another floor tom just for the sake of holding my plate!
S

EvEnStEvEn said:
I make it a Rule to enjoy a full meal before gigging. Very important!

I perform better and have the fuel to get thru setup, soundcheck, 4 sets and loadout.


To me there's nothing worse than feeling hungry midway thru a gig because I'll get cranky, lose focus & energy quickly, blood sugar drops and after that it's a struggle to finish up, load out and get home.
Even a bag of peanuts from the bar is better than suffering thru 4 sets with zero fuel in the belly. At least for me.

Ideally, I prefer eating directly after setup & soundcheck - usually 30 or 40 mins. before downbeat.
Click to expand...

^^^This, especially if it's a multi'set or long gig. To my delight - and good health - many of the venues I play now, particularly microbreweries but even some of the rock and roll bars, have excellent food. And I haven't eaten beef and pork in 40 years and don't partake of the fried death stuff.

Steven's method is about like what I require. Sometimes, when schedules are crazy or I won't need food until later in the evening, I'll order something between the 1st and 2nd set for the break between the 2nd and 3rd. That way, it's waiting for me when I come off, and I don't have to rush, but in those cases I still often will eat a little less= something to take home after the gig.
S

DrumKeys said:
I once ate *during* the show.
Click to expand...

I have done this more than once.

I had some digestive problems many years back and, because you never knew when it might hit, it was a bad idea to eat anytime close to the start of a performance ( no breaks in a 2-3 hour show in that band). That problem cleared up years ago but made me gun shy enough that I still avoid eating within a couple hours of a gig because, well, "better safe than sorry". I don't drink so an empty stomach isn't a problem in that regard. I always figure I'll grab something on the way home, but then when I get close to Steak and Shake, or wherever, I'll end up whizzing right by because now it's too late to stop. So I go home hungry, although these days I have plenty of internal food reserves to draw from.

When we used to travel to gigs as a band or at least a subset thereof I was always up for the post gig meal, That was usually the true high point of the night. Now I usually travel to and fro' solo, not as much incentive to spend the time sitting in a booth by myself at 1:30 in the morning, especially at my age.


The exception is if there is really good free food offered at the gig, particularly BBQ, I'll take a chance, pre-gig, on that if there's time or stick around and eat after I get torn down, if that's an option.
Last edited: Sep 14, 2019

vintagemore2000 said:
Being a competitive cyclist as well as a drummer. I eat about 45 minutes or so before the gig, Also I take a Skratch Cherry/ Pistachio power bar in case I need it, we have 3 sets that are 1 hour 15 minutes long. So don't want to run out of gas,
Click to expand...

I'm a bikie also.But, I find it's very different requirements. Probably depends alot on the gig. Mine are usually jazz/blues/cover stuff. I don't like to eat much before gigs. Did a casino gig that included buffet passes. I'd do Caesar salad with a pile of shrimp.
OTOH, did a lot of gigs next to my fav taqueria. Always went and grabbed a burrito before gig. Put away for after! Burritos, beers and hot tub!? How much better does it get after a gig?

CSR said:
Always after a gig, never before. Tonic & lime or water during.
Click to expand...

I drink tonic water while I play too. I didn't know anyone else did. lol

BTW I usually eat a moderate to small amount before the gig - as long as that means it's consumed at or near a regular meal time for me. For example if my gig is a festival and we start mid afternoon then I'm not going to eat a meal right before playing. In that case I'll just have a snack and my supper can wait until after the gig. Heavy meals with red meats and cheeses are something I avoid at least a day before a gig. Chicken, fish, salads, and the like are my pre gig menu items.

Side note: It's not always possible but I try to have one very good beer sometime between set-up and playing. Why? Well because I really enjoy that, and it puts me in a happy place to start.

lite before, after gig we usually had dinner negotiated into the contract for the band....supplemented the low gig pay, and no sweat for the bar/restaurant to "bury" that expense...

I am always on the move, so sometimes I don't have time to eat anything. I keep a supply of protein bars just in case I haven't eaten in 5 or 6 hours. I rarely drink alcohol before I play and if I do it's only one beer. Unprofessional to be drunk while playing IMO. I keep water with me and hydrate as needed.

I have to eat before I play, otherwise I start feeling sick. I like a good grilled chicken breast with veggies and mashed potatoes or a pasta, but really I'll eat anything. Sometimes if I didn't get a chance to eat before the gigi I'll eat something on break, even if it's pistachios I leave in my car.

I think all we've determined here is that everybody is different -- even a bunch of drummers!
T

Never thought about it.
I eat when I'm hungry. Usually too busy before, so I'll order something after the 1st set. I'll eat after 2nd set. I'll always have a pitcher of water next to me, Cramping up is no fun during a gig.

"potential to put new meaning into the phrase "crappy drum solo"......
You must log in or register to reply here.