Hats that are dark and low pitched, but crisp and quick?

Meinl Byzance Traditional 14” Light Hats are just what you described. Remind a lot of the old 70’s A lights I had years ago. Fast and funky but still on the dark side.
R

Also, if you can find a set, Paiste Sound Creation Dark 14" hats might work.

I have a pair of 14" K Cons that are dark and low pitched and may work for you....
I can get you pics & weights. They are not sloshy enough for me.

Paiste Signature Dark Crisp or Dark Energy. The 15" DE's are magical, and the 14's aren't bad either if you don't care for the larger size.

There’s a couple sets of Sound Creation Darks on ebay or Reverb right now, but heavy and no sound files, so I’m reluctant. As I mentioned earlier, the “Dark” Crisps are too bright in reality. A set of Dark Energies are on their way to me; actually it’s a prototype set with intense hammering and coarse half-raw spiral lathing. I took a big gamble on how they’ll sound, but the hammering and lathing are right in line with what I usually like.

I second the Dark Energy suggestion- love em. Also recommend a pair of Bettis strong edge hats- super quick and crisp and depending on the pair- get a thin heavily hammered pair- super dark.
E

Being a Meinl guy I can recommend the 14" extra dry medium hats or the traditional hats. The Sand hats also have a dark but quick response. Most Meinls are dry and Dark the begin with.
M

So the DE prototypes I got are heavier than I usually like, at 1015 over 1350 (14”). But they have a killer dark woody stick sound that cuts, and a loud chick. I tried every combination of them with my 50’s As, mixing and flipping tops and bottoms, and the combos all sounded bad. The smoothness of the A with the metallic complexity of the DE just sounded jarring, rather than blended.

Then I tried the Agop Sultan bottom (1170 g) with the DE top, and that was it. All the crisp woody stick, with a complex but smooth open sound, and a dark clear chick. It was an expensive experiment, but I played that mixed set at a loud gig tonight and they sounded great.

Update: I ended up preferring one of my 50’s As as a top, even though it didn’t have as strong of a stick click, but the DE top was just too brash when barking on it, for my taste. If I played in a louder band, the DE would’ve stayed on top.
Last edited: Aug 16, 2019
T

funkypoodle said:
I recently tried out a pair of 13" Sabian HHX Groove. Nice quick action, very funky, not bright. If i didn't own 4 pairs of hats I'd have found a reason to justify the purchase, still might!
Click to expand...

I just got a pair in the mail.
A little heavy but yeah nice and dark.
Like dark new beats.

funkypoodle said:
I recently tried out a pair of 13" Sabian HHX Groove. Nice quick action, very funky, not bright. If i didn't own 4 pairs of hats I'd have found a reason to justify the purchase, still might!
Click to expand...

How about Sabian HHX 14” xcelerator hats: they have a rippled bottom for supper chick but are a lot heavier than 2002 sound edge (I have both)

Sounds like the OP has found a good combo. I'd also recommend the Istanbul Mehmet Sahra hats. That's basically exactly the reason I bought them.
T

kallen49 said:
How about Sabian HHX 14” xcelerator hats: they have a rippled bottom for supper chick but are a lot heavier than 2002 sound edge (I have both)
Click to expand...

I realize it's comparing apples, to oranges, but which of the 2 are more pleasing to your ears? The 15 2002's, although not dark, but are my favorite hats to play.
TK, described them as "dark New Beats". New Beats have always fit any situation. I'd love to own, or it would be sweet, if they made Dark New Beat hats.
I may have to go check these out 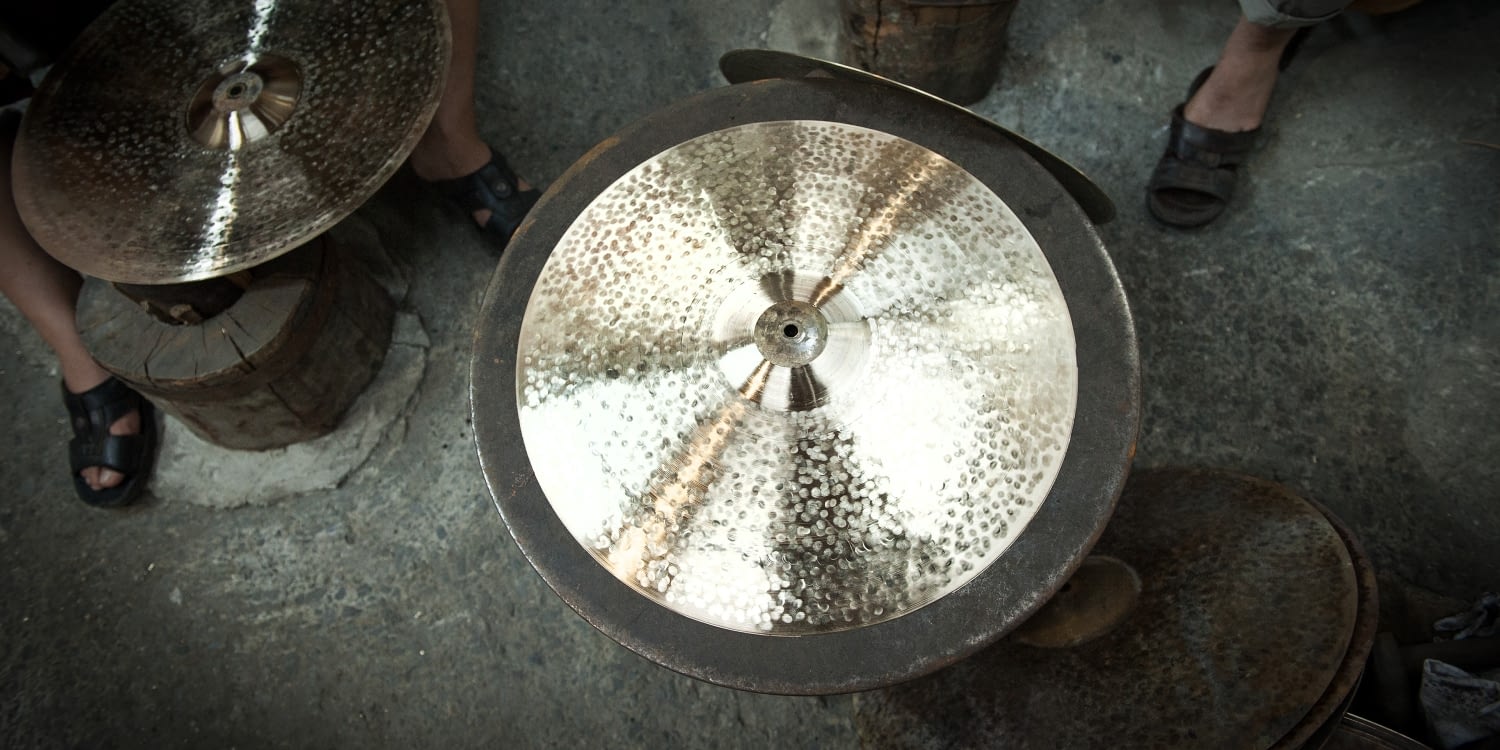