So I picked up this boat anchor of a Super Sensitive snare a while back (4-digit serial!) as I was itching for a project and, against my better judgment, picked this one... for some reason. What a mess this thing was. Rust, severe pitting, green crud growing on it, bent bits, you name it it had it... but, I was already invested so I dove in. I found a place locally that would strip the chrome, I had initially intended to have it brass plated afterward but, well, that wasn't going to be an option after I saw what shape the shell was in after stripping. I don't know if this thing lived in an acid factory or if its past owner liked to play it while eating salty chips and sweating profusely but, this things was pitted so bad the base aluminum was actually eaten away in places. Check out that lug even! They weren't all this bad but, still, this thing had a rough few years under its belt for sure. Total bummer when I got it back from stripping as I now had no idea what to do with it. Figured about the only choice I had going forward was to just try and cover it all up as best I could so I slathered it down in a bondo skim coat and sanded it back to try and fill the pitted sections. Along with a follow up of filler primer, it worked surprisingly well! Shot it with a couple coats of rattle can white lacquer, polished up and de-rustified all the bits and bobs, and she's up and running, and looking pretty cool if I do say so myself.

Oh, and I also fashioned some wires out of a more modern style set that works so-so for now, seeing as Puresound decided to discontinue the replacement wires for these early model SS's. I posted about it in another thread: https://www.drumforum.org/threads/help-i-need-snare-wires-puresound-ps1412.177112/post-2073481

Anyhow, always just like to show off pictures of fun projects so I figured I'd share it here. 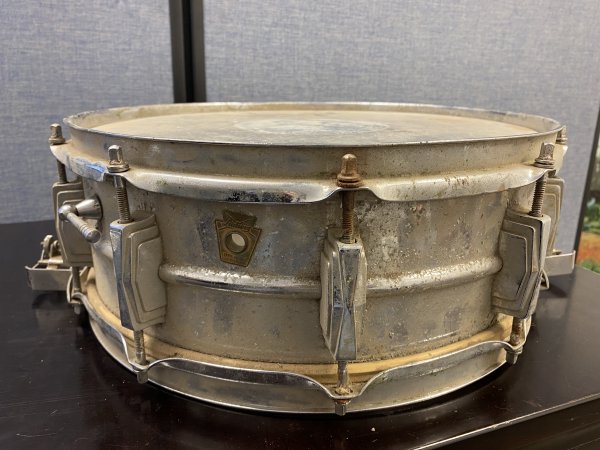 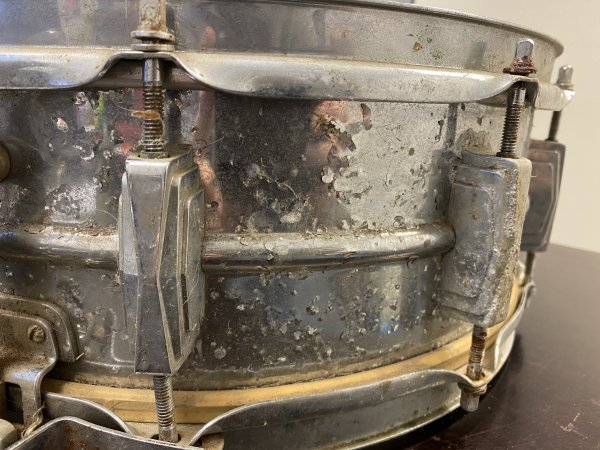 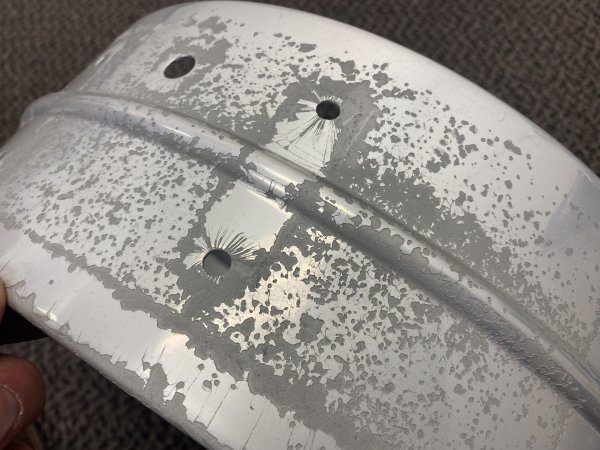 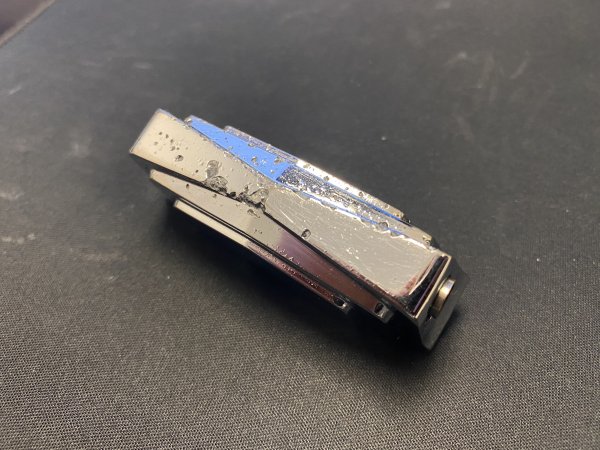 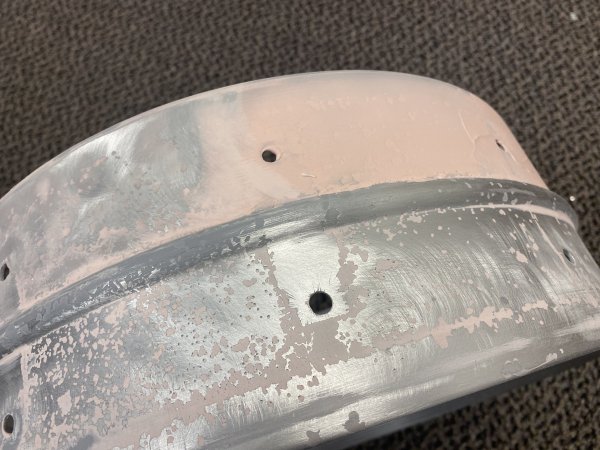 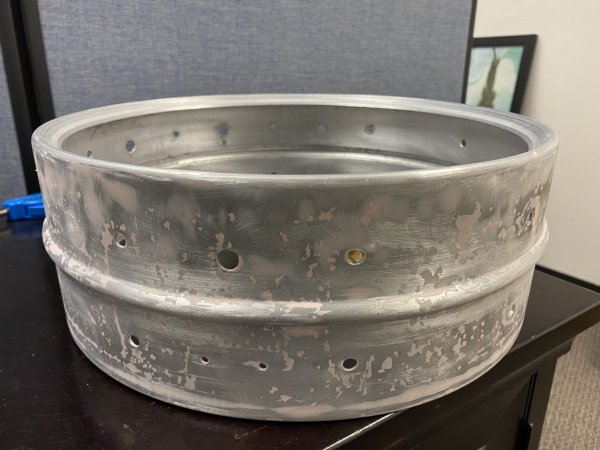 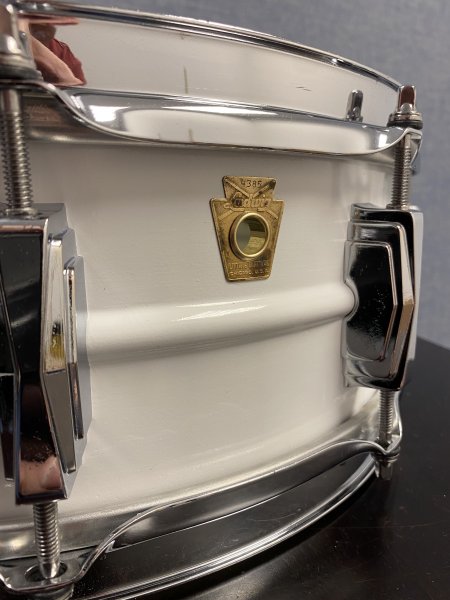 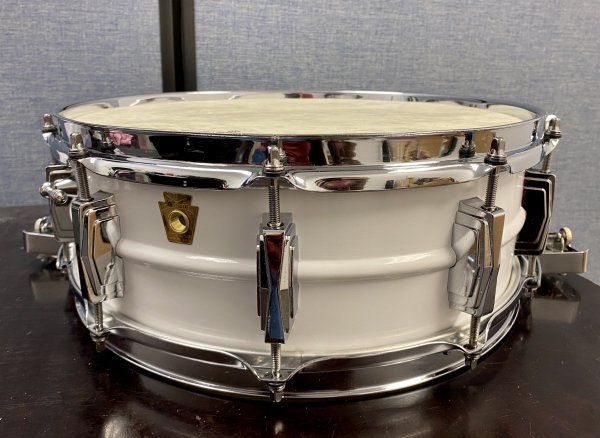 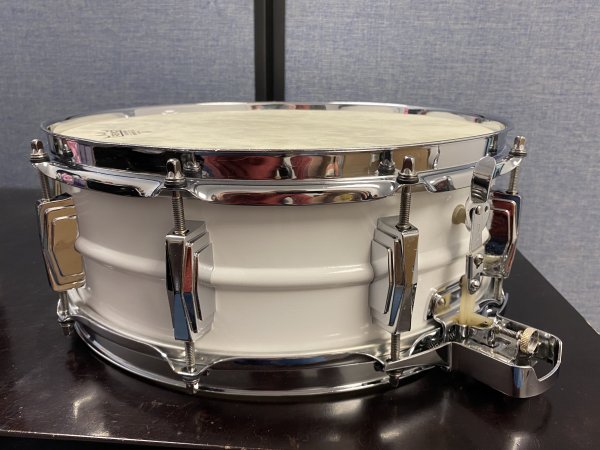 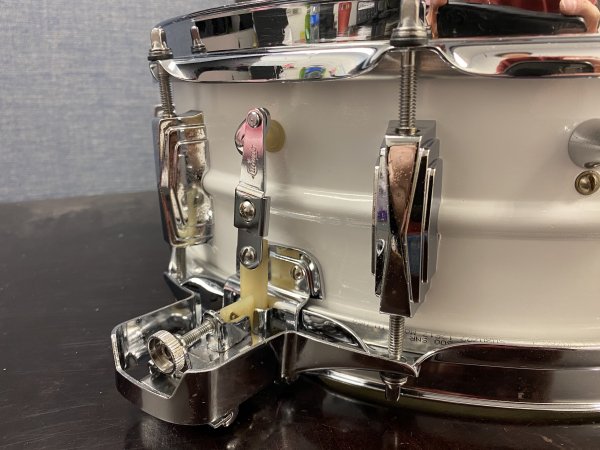 Bravo!! That thing looked like it spent some serious years at a saltwater beach gig.
P

Update: it actually plays great, the wire mod worked better than I thought it would... sounds really good actually! 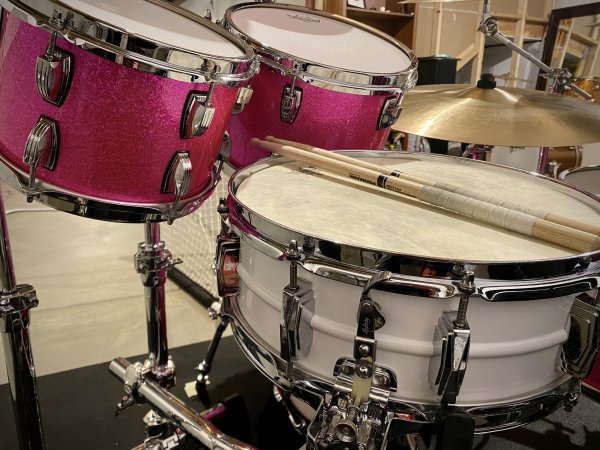 "That doesn't even look like the same car." Jimmie

Excellent work. Drum looked like came from the bottom of the sea. Now you could eat off it.

Beautiful save! What did you do with the chrome?

JazzDrumGuy said:
Beautiful save! What did you do with the chrome?
Click to expand...

Overnight soak in vinegar followed by some Flitz and a buffing wheel attachment for the little Ryobi bench grinder... the cob hoops came out great, most of the other rust was superficial and polished out pretty nicely.

How did you sand the shell? I have a '69 SS that is pitted and I converted to a Supra, but I'd like to dump the wrap (vinyl naugahyde) and try to refinish it, but make it smooth.....thanks!

JazzDrumGuy said:
How did you sand the shell? I have a '69 SS that is pitted and I converted to a Supra, but I'd like to dump the wrap (vinyl naugahyde) and try to refinish it, but make it smooth.....thanks!
Click to expand...

After it was stripped I scuffed it up a bit with some 220 to give it tooth and and help the bondo grab. Then gave it all a very light skim coat with bondo glazing putty. The glazing putty is easier to sand than regular bondo and works great for light fills. I did the bulk of the sanding with a little 2” sanding wheel drill attachment I got on Amazon (https://www.amazon.com/dp/B07H7DZXHK?ref=ppx_pop_mob_ap_share) with 180 grit followed by some hand sanding with 220 sheets to even things out and define the edges of the bead. I then shot it all with a coat of Rustoleum Filler Primer and sanded that back again with a maroon scotch brite pad to get smooth... then of course the finish of your choice

Looks nice as is but some pin striping might be cool...it is a hot rod! : ) Nice work, enjoy!

Most of my current drums I clean, polish and preserve. I like it when the battle scares tell a story. HOWEVER, in your case you made the correct decision to restore and you did a PERFECT job.

You did an excellent job on this! How did you get the chrome parts to look that good? And the paint job looks like it was sprayed in a body shop with top notch equipment.

jccabinets said:
You did an excellent job on this! How did you get the chrome parts to look that good? And the paint job looks like it was sprayed in a body shop with top notch equipment.
Click to expand...

Thanks! Chrome was just polished with Flitz and a buffing wheel... my first time using Flitz and its amazing stuff. It polishes pretty well with just some elbow grease, but put it on a buffing wheel and it really works, shines up like a mirror... highly recommend. I do work on cars, but just for fun, and incidentally not body work. I own/sort of used to own, a custom furniture/wood refinishing/antique restoration business so I have a good bit of experience with lacquer and refinishing tricks. This was just rattle can though as we've downsized the biz lately and have done away with our spray booth/finishing shop. It's not 'factory fresh' but looks pretty good for what I had to work with.

You're a chef of resto, meaning that I could follow your recipe, but the meal wouldn't taste nearly as good

Ive had Supras like that and am impressed.
Great job!
You must log in or register to reply here.

Your super group or all star band.

Yesterday at 1:02 AM
Bigwerm
B