How much does "Celebrity Owned" affect value?

I recently came accross a modified/rewrapped Gretsch Roundbadge kit that was previously owned by two different notable drummers. I'm curious if obtaining empirical provenance would be worth the trouble? Does the attachment raise the value of an already modified kit, or just provide a fun fact to tell potential buyers down the road?

For reference, the kit is an all 6-ply 13/16/20 w/snare rewrapped in green sparkle; It's in decent shape but is missing a few bits.

I've never purchased (or even considered) a rewrapped kit, so I'm kind of in the dark as to it's value.

Depends on the drummer and situation. Did they play it once at a clinic or were they part of a big tour with a lot of exposure? Even then, probably a very small handful of drummers that could majorly jack up the price of a kit. You see these celeb kits sitting for sale for ages at super high prices all the time.

that's worth something I'd want that to know..for later on

Generally, I think the more history the better, especially for a modified kit, notable drummer or not. There are a million re-edged, re-wrapped, holes-plugged kits out there. Knowing the work was presumably done well, and the instrument went on to serve (again presumably) discerning players might make a difference in resale value - but it's all down to the specifics, and how much weight they carry with a potential buyer.

The "notable" drummers (and in turn where/how it was used) would definitely shape the narrative and enthusiasm though. If this was a kit Mark Guiliana or Jason McGerr kept around, I'd be markedly more interested than if Drummer X toured these with So-And-So. For someone else, the opposite might be true. Also, depending on the drummer, there's a big difference between "one of Ken Coomer's drum sets" and "the kit Ken Coomer used on twenty Wilco tracks". We've all owned great drums, and less-inspiring drums - so have the pros

It sounds like the seller might think the story is enough, which means: a) they think that's all the value-add there is - hard proof won't move the needle, now or in the future b) the story is all they can offer/verify, despite their efforts, or c) they are uninterested in digging deeper. Two of those three don't bode well for any sort of increased value beyond where it sits now as presented to you. For many, this will only ever be a re-wrapped kit.

Long-ish discussion of this back in September:

My reaction: At this point, there's no gear I'd pay any kind of serious premium on any piece of gear.
V

Like others have said, it depends on the "celebrity". I bought a kit once that was "celebrity owned", but I've never even heard of the guy. I just liked the kit and the price was right.

Unless I was a collector and the drums were used on a historically important recording or tour, I certainly wouldn't pay extra for the novelty of a celebrity kit - especially one I planned on playing.
R

Wouldn't matter much to me, except as an investment. Then I'd be awfully picky.

Depending on the celebrity has a lot to do with the price. It generally makes the price increase.

Well Neil Peart's chromey set sold for half a million dollars. Not owned by him was probably a $5000 kit max with all the accessories. So i would say it affects price a lot depending on the celebrity

I recently came accross a modified/rewrapped Gretsch Roundbadge kit that was previously owned by two different notable drummers. I'm curious if obtaining empirical provenance would be worth the trouble? Does the attachment raise the value of an already modified kit, or just provide a fun fact to tell potential buyers down the road?

For reference, the kit is an all 6-ply 13/16/20 w/snare rewrapped in green sparkle; It's in decent shape but is missing a few bits.

I've never purchased (or even considered) a rewrapped kit, so I'm kind of in the dark as to it's value.

I’d agree that it depends on a number of factors. One would be the desirability of the kit without the celebrity element - would the kit be valuable even if a celebrity DIDN’T own it? If it is a Gretsch 12/14/18 set, then yes. 13/16/20, not so much.

Collectors also want documentation that the kit was owned by the famous drummer. And photos of the drummer playing the kit is even better than a COA. For a while, Donn Bennett has been selling kits owned by Elvin Jones. The drums that sold the quickest were all things that Elvin was photographed and filmed playing.

Also, collectors prefer gear played by a famous musician during said musician’s heyday. One of Ringo’s Oyster Black Ludwig kits that he used in the 60s with The Beatles would command WAY more than a Ludwig kit he used on a mid-2000s All Starr tour.

I would expect there is a short list of drummers whose past ownership would really increase the value if they were also iconic sets that said drummer used a lot. I'm thinking the Ringos and Buddys of the world. Another short list of a second tier of drummers that the same circumstances would make some difference in value, and a vast majority of drummers with some degree of fame where it makes little or no difference.

There's so many variables involved too, between, say,a set Ringo played on the Ed Sullivan show and a set that Carmine Appice played one time at a drum clinic.

Ultimately it would come down to how much a potential buyer is willing to pay. If he's a superfan of someone maybe he'll pay a big premium. He might get stuck though if he can't find another person similarly enamored with that drummer when it's time for him to sell.

CLMacPherson said:
I recently came accross a modified/rewrapped Gretsch Roundbadge kit that was previously owned by two different notable drummers. I'm curious if obtaining empirical provenance would be worth the trouble? Does the attachment raise the value of an already modified kit, or just provide a fun fact to tell potential buyers down the road?
Click to expand...

I would say For The Latter....because it will help 'push' the Sale when that day may come. Even if it's just for Conversation with a potential buyer. Not because of --in this case- a dollar reason.

It's a Talking point which which is in essence can become a Selling Point.
By stirring creating Interest. Even if it doesn't become a dollar increase..it's still nice info to know and pass on.
And can tweak and solidify a Sale. When the time came.

From what and how you say it- the two notable drummers aren't of a "keith moon" or "mitch mitchell" level.
That's Ok.
It may just be the drummer from "the Delphonics" or "the Five Stairsteps'.
It's a tidbit of trivia
That "sparkles" the Sale. When that time comes.
You may want to keep them for 20 years.
The little any and all tidbit of info will help
or at least spark the eventual sale

But do you have Jon Voight's car? 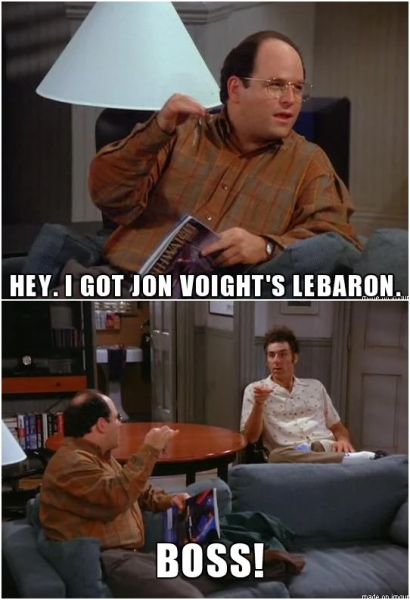 gmiller598 said:
But do you have Jon Voight's car?

I truly appreciate all of the responses. FWIW, the two drummers I mentioned are John Wicks (Fits and the Tantrums) and Aaron Sterling. I'll admit Sterling's association with the drums peaked my interest, but probably not enough to own the set for long. After mulling it over, I think I am going to pass. My OCD would likely start to rear it's ugly head every time I caught a glance at them. I'm a one set kind of guy and would rather own an original vs. a rewrap.

As a drummer for nearly 40 years, I've never heard of those guys or band.....so likely zero plus factor unless selling to a fanboy/girl.

Also, mods kill value in general unless done by a famous #1 or at a famous #2 (eg: Moonie's smashed Monterey Pop kit, etc).....

Also, brand is a consideration. I looked up A.S. on wiki - it says he plays Sugar Percussion? Never heard of them either. Is he "known" for that gear and it's a fluke he owned a nice Gretsch kit? If Travis Barker had a RB kit I'd think nothing of it, bit if it was an OCDP kit (which he's known for), it'd be different. Again, excuse my ignorance here.....
Last edited: Jan 5, 2021

Aaron Sterling is kind of a heavy hitter. He's played with numerous artists. I've personally seen him on tour twice...with John Mayer. Anyway, I appreciate the insight from everyone that posted.
R

Thursday at 9:00 AM
MaskingApathy
M
K
How Does Rewrapping a Vintage Drum Affect Value
2 3

P
How are closing jazz clubs changing the music and the profession?
4 5 6