How to stop paint from flaking/chipping off..

My WFL duco kit is in pretty decent shape but has a couple of troubled areas where quite a bit of paint has flaked off..is there any way I can stop it? Could I apply a bit of clear varnish, or flat urethane to the edges of the chipped area to help it adhere to the shell? Would that work? clear nail polish?

other than clear coating the finish, the only thing I can think of would be to treat the painted surface with a quality guitar polish, but there may be another remedy for chipping of old duco finishes that I'm not aware of. I suspect there must be some type of paint restoring treatment out there as a solution this issue.
You might try a furniture repair expert, antiques expert, or google "Duco paint care & restoration" as I'd be interested in more info as well.

thanks. Not sure how it works with drums, but with furniture, any sort of work or additional finish other than the original finish is desired..I'm not sure if I would undertake covering all of the shells with something, as it is a lot of work, but if I could discreetly touch up a few areas so the blight doesn't spread that would be great..I'd like to take these out to gigs, on occasion, so it would be nice if I could prevent further finish loss..

drumaniac said:
Adhesion of a coating on top is only as good as the original coatings adhesion.
Click to expand...

True indeed.
The blu/slvr duco finish on this early 1950s drum was in remarkable shape when I acquired it but inevitably the old paint was going to begin flaking and cracking. I decided to prolong the inevitable using several coats of polyurethane to make the finish more durable for gigging, and it worked, except it gave the drum an almost amber hue once the poly had fully cured. Lesson learned, and looking back now I should have left it alone and tried to find something that would treat the aging paint and give it back some measure of elasticity, not certain what could do that but I bet some product exists. Many guitar & instrument polishes claim to penetrate dry & brittle finishes but who knows. 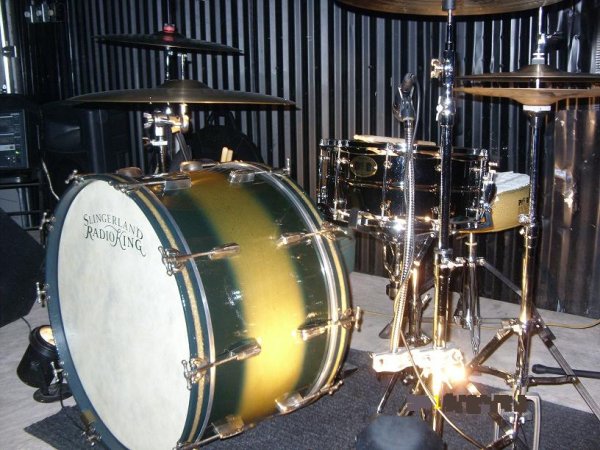 drumaniac said:
Adhesion of a coating on top is only as good as the original coatings adhesion.
Click to expand...

I was saying that if I took a small brush and just covered the edge of the finish where it was peeling off..created a bond with the edge and the unfinished shell underneath..it may not lift and spread..

That would be DuPont Duco lacquer which was a brand of nitro lacquer that is no longer made. Almost no one uses that type of paint anymore (except Gretsch high end drums and some high end guitars).

I'm not a paint expert but my dad used to spray old school lacquer on cars. The solvents in each new coat of lacquer will also dissolve or "melt" into the previous coat. I suspect that a new clear coat of true lacquer could help re-adhere the paint to a degree...but then again it might just create a big mess. You can still buy spray cans of clear "lacquer" at most home depot type places but I'm not sure what exactly is in the can...probably not nitro lacquer but maybe something that would have the same effect.

I guess I would research old school lacquer further to see what might help save the original paint. Probably a good place to look would be with folks who refinish vintage guitars. What I wouldn't do is mess with modern enamels or polyester or acrylic based paints, at least until after exploring other options.

Seems like duco is a painted layer on the drum. What makes you think that even if you clear coat it, it won't just chip off again? If there is air under the finish, or the outer layer of paint has shrunken & dried, it would be semi-floating on the shell I would think and a bump on a weakened area will shatter the finish and cause another area to flake off. At least that's what I understand from damaged duco drums I've seen listed......I'd like more info here.

If you have a lacquer finish what you want to use is a “re-amalgamator” such as Howard’s. http://www.howardproducts.com/product/restor-a-finish/

It works by dissolving a portion of the top layer, very slowly, then you rub it with steel wool to redeposit some of the finish in the blank spots. This is a slow process whedo it right. Lacquer thinner will work as in the video, but it’s very fast and so it desolves to much. You can also top coat lacquer with lacquer which will melt into the top layer. But you MUST use a real nitro-cellulose lacquer (hard to find these days).

I just tried a little experiment on an old Duco painted Slingerland.
As it is the paint scrapes off easily with my fingernail, it just feels rough and crackly, brittle.
I took a sponge paintbrush and went over the paint with lacquer thinner.
The paint softened and, while I could scratch the surface with my fingernail due to that softness, I could no longer scrape it off the hoop as easily. It also looked shinier but I suspect that is just short term until the lacquer thinner completely evaporates. Lacquer can be polished so that might not be an issue.

I did this many years ago to a snare drum that had a cracked and flaking surface. Eventually the surface seemed a bit duller but it did stop flaking and some of the visible cracks closed up. I still have the drum (1940 Leedy) and, as of the last time I looked at it, the paint was still there, far from perfect looking, but still attached to the drum.

I don't know if the lacquer thinner re-adheres the paint or maybe just smooths out and softens the top surface enough that my fingernail can't dig into the surface enough to flake it off.

So...is this the magic bullet that will fix these sorts of problems on any and every drum? Doubtful. Would I recommend dousing your drum with lacquer thinner...do so at your own risk. But there does seem to be some potential worth exploring there, especially on a drum that is already showing signs of flaking (I would not do this to a drum that was still in good shape).

KO, impressive testing and video, and so fast! I cringe thinking about the lead paint on those old drums! Anyway, I'd strip it and do a new duco finish.........I am looking for a duco project next........

I took another look today at the area of the hoop on an old (pre-1955) Slingerland that I had doused with lacquer thinner last night to see what it was like after drying completely. I can't explain what has happened chemically or physically but I can say that the paint, which would readily and easily flake off under my fingernail prior to the application won't do that now.

I can see the area I scraped with my fingernail last night while the paint was softened. That area is dulled but did not flake off. The rest of the paint seems to have returned to it's original state more or less but is somehow now sticking to the wood better.

I can't say categorically that this is the answer to this problem or that it would work in any situation but it does seem to have helped with the old lacquer on this particular drum. In my case I had nothing to lose as my plan is to eventually strip that drum down to natural maple (if anything I've made that task harder as I seem to have made the paint harder to get off). I'd say this might be a last resort on a drum where you were trying to save a finish. Maybe a 50-50 chance you will save or destroy the finish, not to mention the dangers of dealing with slopping lacquer thinner, which is a fairly harsh brew of solvents, around.

As I said in my earlier posts it seems an avenue that is worth exploring (slowly and carefully) if you have this problem.
T

I bought this on eBay last week. I was literally able to just blow off the paint finish in most spots. I tried saving what I could by using some spray on clear coat. I used two cans and it seems to be holding up just fine. 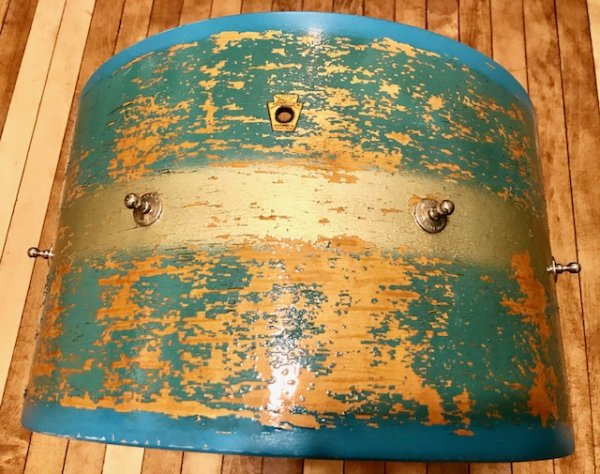 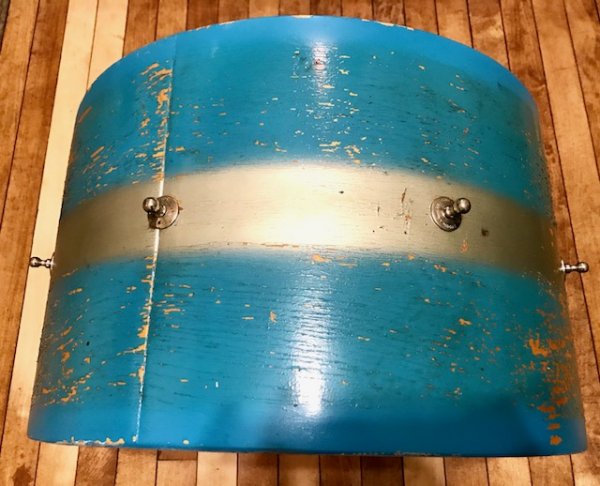 Scratch doctor type products used to heat the paint chemically enough to fill the scratches on cars. Might work on the edges if it’s still made with the same principle?
T

drumaniac said:
The clear coat will only work on top of paint that is still adhering to the substrate, regardless of what the substrate is. The flaky paint will not re adhere lol Its plain friggin basic science lol. I am back selling coatings and we have nitro cellulose lacquer clear coats, colors and can color match. We grind the pigment to a small particle size as it is typically screen printed. Coatings are very smooth!
Click to expand...

when I received the drum I was literally able to blow the finish off of it. I am now able to run my hand over the finish and none of the flaky bits are falling off.
You must log in or register to reply here.

Guess where I am!