I bought my friend's Joyful Noise and Radio King from his widow.

I am sorry to hear about your friend. I think it is a great thing that his favorite snares are with you.
R

Lovely story of good friends. Sometimes things just end up where they belong.

I remember "wcbrown" he used to post a lot here and seemed like a pretty cool guy.

Yes they do. Yes, they most certainly do.


If ever any beauty I did see, Which I desired, and got, 'twas but a dream of thee. (Thank you Michael!)


I first saw drummer5359s big-belled beauty on the DFO a while back and thought to myself If only. I was amazed by the size of the bell in relation to the diameter of the cymbal (6" bell for a 19 3/4"), and spent a lot of time (a lot of time Lol!) wondering and imagining what if. I actually messaged drummer5359 to ask about it, but he told me that he had it for about 37 years and had no plans to sell it. That was to be expected, because after all, who lets go of their old Ks? Well, as we all know, not many. I appreciated his response and felt a little closer to the cymbal anyway by just receiving a polite response. Cool I thought.

Anyway, I had difficulty stepping up as the new owner of this beautiful 20" K. Zildjian Istanbul Type IIa because I feel like I won the lottery. How do I begin? What should I say? I thought and thought, stopped and started over, then thought that maybe I was making too much of a big deal and thought Hey, the guys and gals at the DFO are a good bunch, so just tell it like it is. So here we go. I am amazed and beside myself. After drummer5359 informed me that it wasn't for sale I continued to dream about it for a while (I'm obsessed with old Ks) until the realization crept in that it wasn't going to happen. Not the first time, right?! Then suddenly, seemingly out of nowhere, I started to think about it again, but this time with a vengeance. A number popped into my head, and as quickly as it had, I sent a message. Then BAM! as Chef Emeril Lagasse would say, drummer5359 got back to me (after a slight delay Lol). It is as Michael says it was - like it was meant to be. Sometimes things just line up right. I am very happy for Michael - that he was able to acquire the Joyful Noise Beacon Bronze and Slingerland Radio King snare drums (he's a Radio King nut!). What beauties! And what a beautiful story there. Indeed special. This is one of those times where I feel like something intervened to help out an event. I hope that Bill is smiling from above as we are both very happy campers. And I have a new buddy! A guy to learn a lot from regarding snare drums. Thank you Michael!! Finally have a glorious, magnificent, amazing big-belled beauty. I have a few others, but this one is perfect in many ways, to include condition. Only took, what, four decades?! LOL 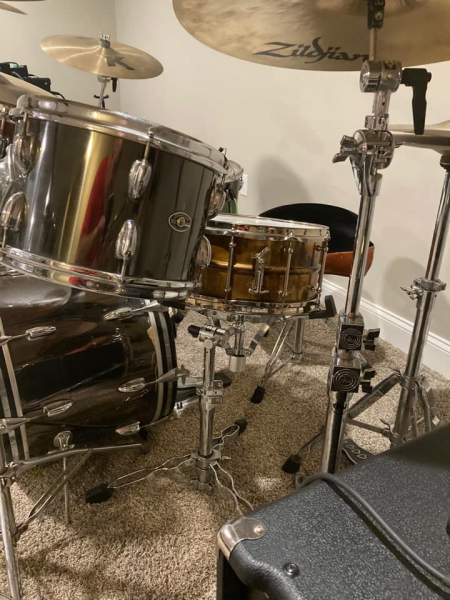 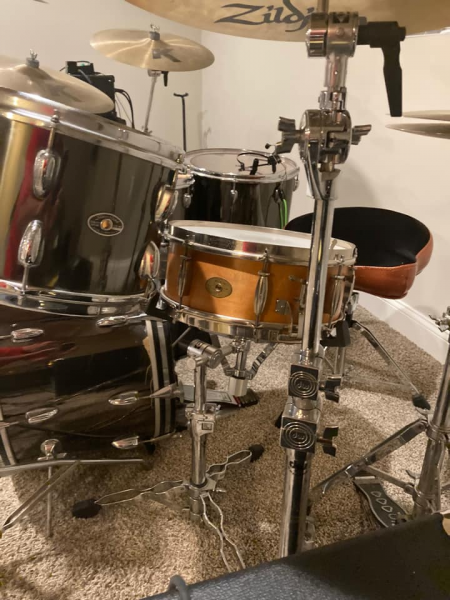