I had an audition tonight, I'm in a new band.

I was in two bands for years, one was very busy, and the other was busy enough.

Near the end of last year both bands fizzled. Honestly, one I was glad was done. I took a few months and was ready to audition for this new band in March when the world shut down. We just reconnected this past week and tonight I auditioned. It was one of those situations where you play the first song and all look each other and go, "Oh yeah, this is going to work out fine."

I really missed playing with a band. I've been doing this forty-five years. I have to admit, I wondered briefly if my run was over. Tonight I'm thinking that I might have a few years of gigging left in me.

Good for you.
What type of music?

snappy said:
Good for you.
What type of music?
Click to expand...

I've played behind female Vocalists before, but doing pop standards, or country rock. So, it was fun to play some of these songs for the first time. Nothing tough, simple stuff for the most part.

They are good players that have played together for years, with a new singer, and a new drummer. (Me.) Their previous drummer passed away the end of last year. The lead guitarist, bassist, and original drummer had played together on and off since they were teenagers in the eighties.

Wow. Those are big shoes to fill. They must be psyched.
Congrats.

That's awesome news, congrats and shoot us some live clips when you guys are up and running... have fun and play well!

Congrats and have a blast!

inspiring...I'm also a little surprised bands are still getting together these days...all 4 of my projects are still at a halt (well, ones done a few outdoor practices)

Congrats and best of luck!

Congrats to you. Good luck with new band.

Congrats, sounds like a good band, and good music.

Yes, congrats. I stepped away from drums for about 25 yrs, didn't know if I could pick it up and be anywhere as good as I was in my youth. Might've lost a few clicks, but vastly more mature playing now and loving every minute of it.

Thanks everyone. I'm using my 1975 Slingerlands for rehearsal, it feels so good to be back behind a kit. 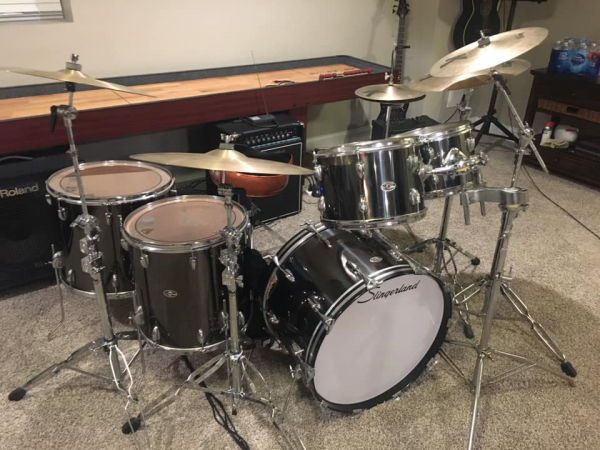 Last week I auditioned using an older Yamaha DTX electronic kit. I set up the Slingerlands last night, and it was a lot more comfortable for me. 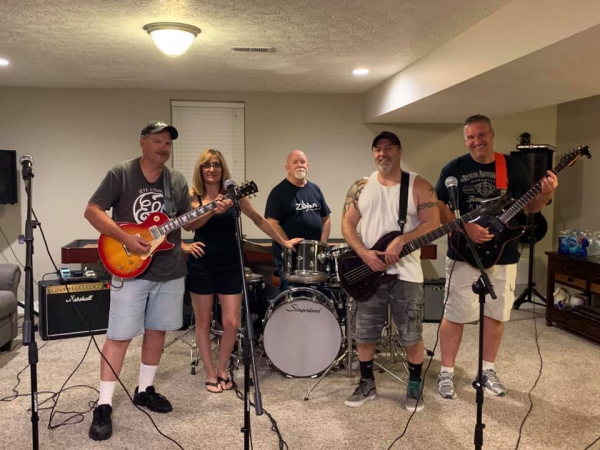 Here is the kit from another angle. 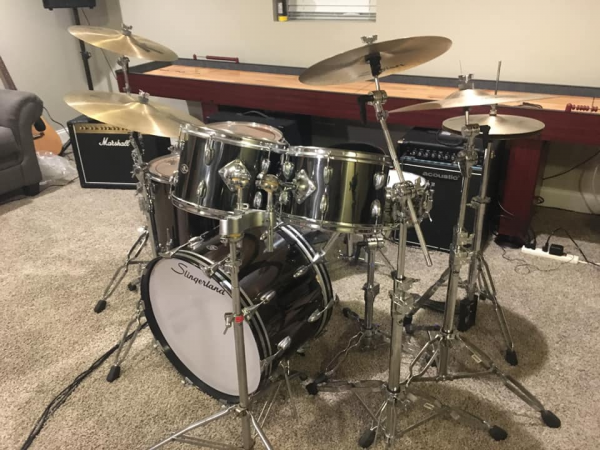 The new band is classic rock, I started playing classic rock when when it was just current music.

Over the years I worked a lot with a particular guitarist, or guitarists of a similar style. We played English rock, southern rock, blues based rock. It always seemed to be the usual suspects when it came to bands that we covered, not a lot of variation.

The new band has a female singer, which opens us up to a lot of music that I've never played before. Their influences are also a little different, more in the direction of 80s arena rock acts. The music has a lot more "big tom fills", which is different, but fun. I dusted off my double pedal, and I'm practicing with it.

It's great to be playing again, but it is particularly fun playing different material.
K

Cool, man!
Have fun! Sounds like a bunch of great material to play too.
You must log in or register to reply here.

Carry As Little As Possible
2 3

J
Allow myself to introduce...myself