This story from AL.com is too good not too share. I had to trim it down (as indicated by ellipses). Get the whole wild tale with the link at the end. Absolute legend.

This is an opinion piece.

With Dusty Hill’s death last week, I was reminded of the time - 35 years ago this month – that I had the pleasure of meeting ZZ Top backstage after a concert. I got to be one of the band members for the night and I made some new friends. I wrote this story about it.

I’ve been an unofficial member of ZZ Top ever since I was musically baptized by La Grange, a blistering, guitar-driven song about a Texas brothel.

In the deepest, throatiest vocal a 14-year-old Kentucky boy can muster, I would growl “that home out on the range, they got a lotta nice girls there … you know what I’m talkin’ about” while playing air guitar on a tobacco stick not knowing the first thing about what I was talking about.

With trash can drums and mop handle guitars, the Hoover brothers – Mitchell, Winifred and Bruce – helped me form a ZZ Top cover band: ZZ Mop. Winifred, who even in his early teens looked like Dusty Hill, played bass. (The name ‘Winifred’ doesn’t hold up well in rural Kentucky. His name was phonetically shortened to ‘Winfurt’ for a few years in elementary school, but it finally just became ‘Wurnt.’ Last time I saw him, about 20 years ago, Wurnt was rocking a full-on ginger Dusty Hill beard.)

Little did I know that one day I would get a chance to stand in for a real member of the real ZZ Top. We’ll get to that part of the story in a hot mess minute ...

Let’s skip ahead to 1986. I was a twenty-something young ‘un working at my first job as a cartoonist for the Fort Worth Star-Telegram. That Little Ol’ Band from Texas had blown up into one of the biggest musical acts in the world, having scored huge success on MTV with their chart-busting Eliminator album a couple years earlier.

They were now on their Afterburner tour of the U.S. which was set to end with several homecoming concerts in Texas.

There were rumors this might be the last big tour for the Top. They weren’t getting any younger - the band members were pushing 40, for cryin’ out loud.

The Star-Telegram wanted to send someone with high musical intellect and cultural credibility to cover this event. Instead, they sent me ...

After the show, I found myself backstage face-to-face with my icons, stumbling for words. Dusty Hill and Billy Gibbons were giants in my eyes, but at this moment, Budweisers in hand, they reminded me of my buddies back home: Just laid-back guys drinking a beer after work ...

The conversation was going fine with Frank. But then I made the mistake of asking why he didn’t have a beard and would he ever grow one. This was a question he had heard way too many times.

“No. Never. Right now I’ve got it made,” he said. “I can go into supermarkets. I can buy groceries!” He pointed towards Billy and Dusty. “Those guys can’t go anywhere” ...

That’s about the time the groupies were released. A throng of fans – mostly young ladies with a few stray dudes mixed in – stormed the room like Walmart shoppers on Black Friday. They were a sight. Most of them swarmed around the two guys with the beards. A handful gathered around the corner where Frank and I were talking.

“Which one of you is the drummer?”

Frank looked at me with a ‘see what I mean’ smirk.

“This man right here,” he said, grabbing my shoulder. “Have fun, Frank!” said the real Frank as he slipped out the back, leaving me to represent...

A couple of grinning girls who had been watching all this walked up. They each grabbed me by an arm and said, “You’re coming with us, Frank!”

I soon found myself on a tour of nightclubs in downtown Phoenix. First, a country music club. Then a rock n’ roll joint. Then a pulsating disco. We wound up at a huge house party with all kinds of music blaring and good times-a-flowing. My fun-loving kidnappers knew all the hot spots.

I feel like he left out some details on what happened that night.
S

This is a great story. Like the best dream I could imagine. No details please- as Paul Simon said in Kodachrome, “I know they’d never match my sweet imagination”.

Houndog said:
“ good times a flowing “
I believe that means ………you know what ..
Click to expand...

That’s exactly what I was thinking … 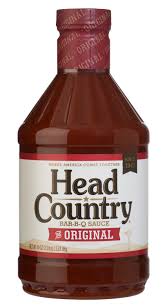 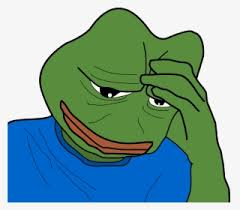 One of the perks being a drummer....the general public doesn’t know or care who you are so you can retain your anonymity.
There have been a number of times over the years, when travelling back home on the ferry, I have heard folks raving about our band, I’m sitting a couple of rows away, and am just another joe blow reading a book.
I must admit it....insert ego here...it is interesting and validating to witness “gushiness”, but even better when the gushers don’t know who they are gushing about....except the singer...
This band, plus another from years ago (catalog keeps getting rerereleased) have done very well for ourselves and I cherish my relative privacy. I know and have worked with folks who can’t live normally....no thanks.
bt

This is all true cause this same story was relayed at the board meeting when he was President of General Motors Corporation.
You must log in or register to reply here.

Fun gig with the Club Customs