If You Could Play Drums for One Night with One Group, Who Would It Be?

Mr Panda said:
For me, it would have to be a performance with SADE. I wish I had done the gig of the recording of the "Lovers Live" dvd on September 20, 2001. She is nothing but Class on stage.
Click to expand...

At first I thought you said SLADE. THAT would be who I would want to play for. Their music is so fun.

I'd be too scared of the lead singer Brody Dalle.

Three bands, two local, one international.
The Bishops from Alton, IL. Favorite local band of all time, and just missed an opportunity to join in the late 80's. I was in another band and supposedly they didn't to take me away from them.
Small Ball Paul for St. Louis, MO. Another one that I just missed out on because I was in another band, and they picked the former drummer for The Bishops!
Truth is, maybe I just wasn't talented enough?
And finally, The Clash! After Topper was kicked out, instead of them bringing Terry Chimes back. That would've been a blast, considering I was 16 or 17 at the time.
C

So many, Badfinger, Led Zeppelin, Slade, Aerosmith and the Stones. How great and easy would it be to do Charlies gig.

Probably have to say the black crowes

My vote : The Mystic Knights of the Oingo Boingo.

I gotta be me. Let’s Take The Whole Day Off!
H

Chicago, with the original lineup. And I would LOVE to do a drum duet with Danny Seraphine!
M

cobaltspike said:
So many, Badfinger, Led Zeppelin, Slade, Aerosmith and the Stones. How great and easy would it be to do Charlies gig.
Click to expand...

kidfods88 said:
I'm diggin' the RUSH vibe. I can play most of Peart's lines with minimal gaffs. The only one that REALLY gives me a hard time is the YYZ solo from "Moving Pictures". The trips kick my ass every time. and I absolutely LOVE Buddy Rich!
Click to expand...

Oh man, I really dig that solo ! It took me 2 years to get it right.

Incubus. I didn't learn all their songs for no reason!

cobaltspike said:
.........and the Stones. How great and easy would it be to do Charlies gig.
Click to expand...

There's a can of worms.....like Ringo's gig with those other three fellas for example.....??

Make sure to pick the right night.

I would playThe Ed Sullivan Show with The Doors in September 1967. After the show, Morrison was told they would never play Sullivan again. 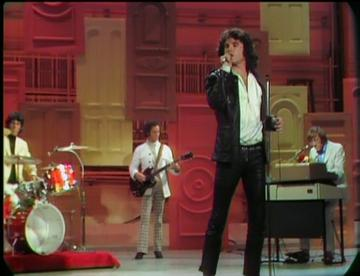 dave.robertson said:
I would playThe Ed Sullivan Show with The Doors in September 1967. After the show, Morrison was told they would never play Sullivan again.

Rush! And I'm sure they'd get rid of me after the first chord is played, LOL!
And I'd have to say Iron Maiden as well. I'd be happy to be on the stage with them for just two songs: Powerslave & The Rime of the ancient mariner. Definitely on Nicko's kit playing one of those massive stadium shows that they do!
Last edited: Aug 4, 2021

Tull any time up to and including the Stormwatch tour.
You must log in or register to reply here.

If You Were To Play With The Rolling Stones

Alert: The New Drums Have Arrived.