I do have a 20" Paiste Dimensions thin china, it just isn't in that pic. Lol

I have the setup I want except for the crash/ride. So my next purchase will be either a 22” 2002 Crash (or Medium) or a replacement for the 22” Giant Beat prototype I stupidly sold here on the forum.

I’m saving that for later this year

I thought you were playing baseball.

type85 said:
you don't have the GERMAN versions!!!
Click to expand...

was that hammered and lathed and finished at a German location?
Are there pictures of a German Paiste workshop? That'd be neat to see.
Or how did that work; Sound Formula's etc. marked Germany

Right. We believe you.

JDA said:
was that hammered and lathed and finished at a German location?
Are there pictures of a German Paiste workshop? That'd be neat to see.
Or how did that work; Sound Formula's etc. marked Germany
Click to expand...

Ok so, apologies for going way off topic on this one but here we go:

The German factory is ground zero for what we know as the "modern" post war Paiste.
From the information I've researched: the Paiste family fled Poland in 1945 where they had worked under Nazi occupation during WWII, they were placed as refuges in northern Germany (in this case to the Schleswig-Holstein area in north west Germany). From what I found, the family (Michail the father, Robert and Toomas the sons) setup in an abandoned barn to start producing cymbals around 1947/48. By 1950 they found a more suitable location and in 1951 they moved to Schacht-Audorf outside the city of Rendsburg (this is the current location of the German factory). Michail Paiste would spend the rest of his life there living with his wife Lilia in a small house next door and running the factory until his passing in 1963.
The German factory has always been renowned for its gong making, it's the only location where the gongs are made. The facility is much also smaller than the Swiss factory.

So to answer your question: traditionally, the German factory produced all the lower lines of cymbals that were made from nickel silver, brass and B8, they never (with one very small exception) produced any B20 cymbals or B15 cymbals. Until 1986 these cymbals were all hammered into shape and then lathed, the same process as the Swiss factory (there was a major shift in how lower lines of cymbals were produced causing the 404 & 505 to be discontinued and replaced).
They produced 2002's up to about 1986 from what we can tell (pictures and serial numbers), this is when Paiste tried to phase out the series. It is a widely held belief that the German 2002's (and the other 70's/80's B8 cymbals) are slightly heavier and slightly darker in tone, I'm sure they used the same B8 blanks since Paiste only had one source for material. So this comes down to the hammering and lathing process and the master cymbals they tested against. We have lots of documentation for the weights from the two locations and the difference is small by very clear.
Also, the German 2002's were originally for the German market and the few eastern European countries that were not behind the "iron curtain". They were never imported to north America, so that makes them very rare here!

Currently the lower lines of cymbals (and all brass cymbals), are made there by stamping machines, I do not have 100% confirmation, but I believe the PST series are stamped there and then sent to Switzerland for lathing and finishing. The German plant also makes dozens of off brand and OEM named brass cymbals for other companies, the big one is the "BSX" series for the monster European distributor GEWA.

The German factory's forte is it's gong making: they are the world standard for gongs and have been since opening in 1951, that was Michail Paiste's legacy, gong making, he had already produced distributed and sold gongs internationally before WWII! Little known fact was that during the interim period between world wars and for a time after, Paiste was more famous for it's symphonic gongs than for it's cymbals! 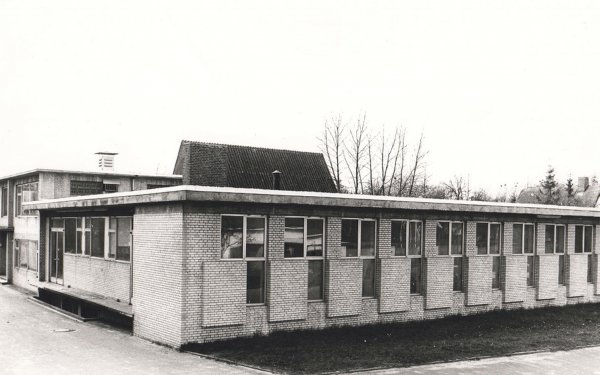 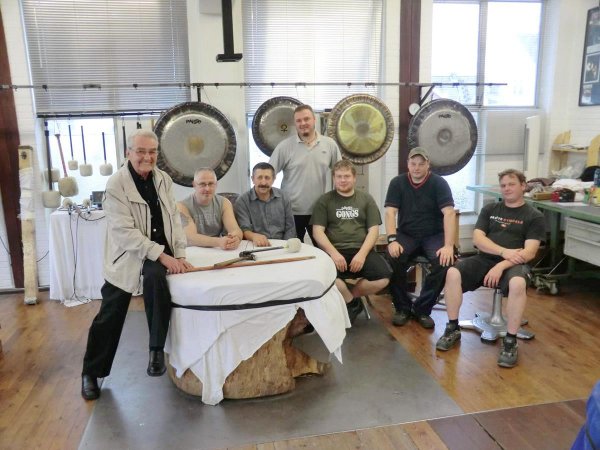 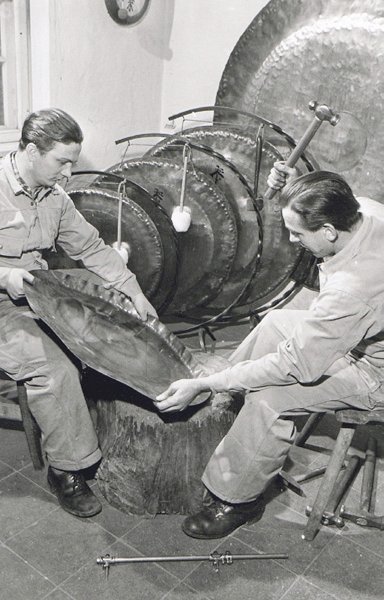 Gong making today (with an audience) 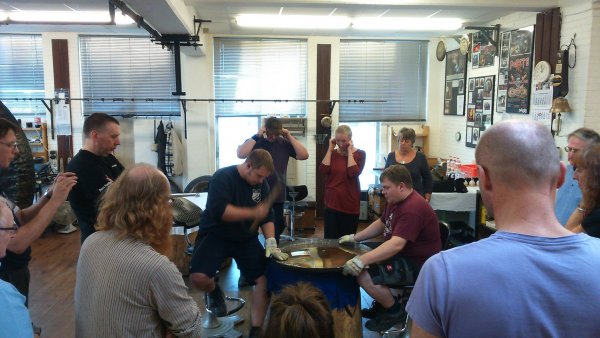 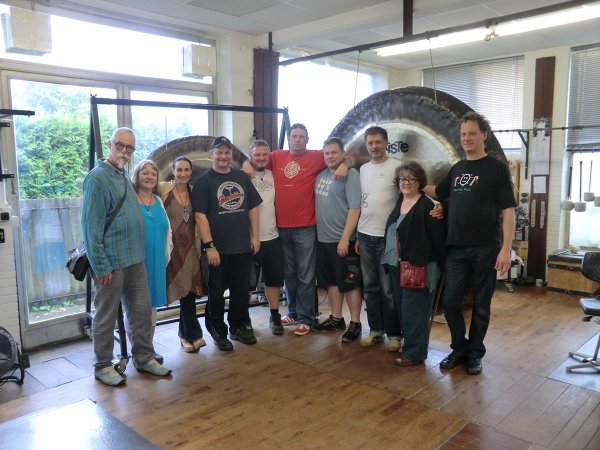 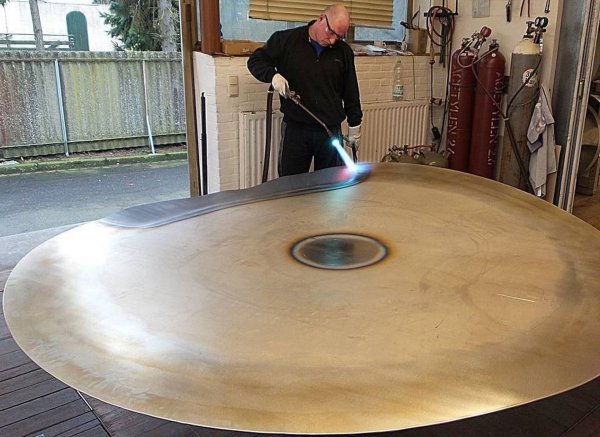 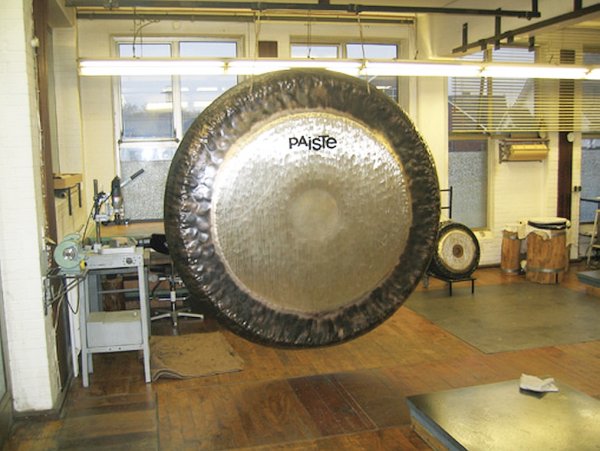 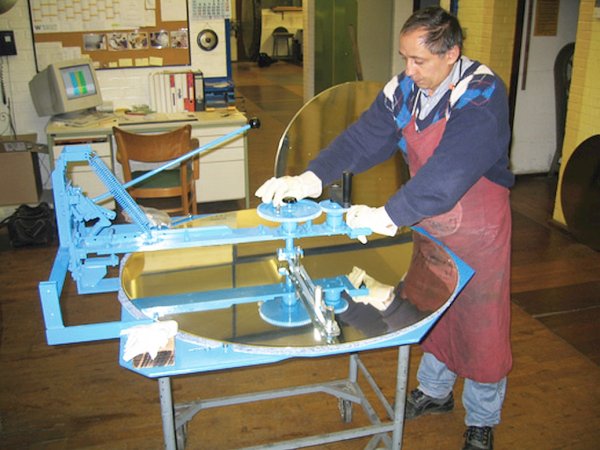 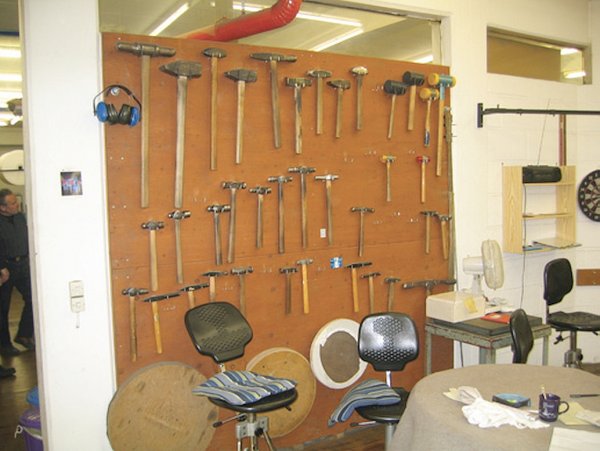 type85 said:
The German factory has always been renowned for its gong making, it's the only location where the gongs are made. The facility is much also smaller than the Swiss factory.
Click to expand...

type85 said:
they never (with one very small exception) produced any B20 cymbals or B15 cymbals
Click to expand...

the small exception being the paiste alloy Sound Formula?
You didn't mention SF did I miss it?

JDA said:
Got it.

the small exception being the paiste alloy Sound Formula?
You didn't mention SF did I miss it?
Click to expand...

You're right, I missed that one!
Good question, there are German sound formulas and they're made from B15!
So apparently the German factory did work with B15 after all!

You and Zen need me as proofreader. But Can't afford me
I remember now reading the German works was where the gongs originated

Rivot said:
Na what i mean is im done with cymbals got all I need.
Click to expand...

Your secret is safe with us.

I’m out too (until my next purchase).

JDA said:
You and Zen need me as proofreader. But Can't afford me
I remember now reading the German works was where the gongs originated
Click to expand...

To follow up because you have a very valid question: From the source I have that's visited the German factory several times, they don't have an oven for annealing B15, this is necessary to press in the bell and hammering (see below).
Speculation: I think the Sound formulas were partially completed in Switzerland, that could be just hammering or both hammering and lathing then shipped to Germany for finishing. It would be logical to assume they did this so they could sell them tariff free domestically in Germany (a very large market for them) and possibly eastern Europe, most likely the tariffs between Germany and eastern Europe were a lot less than between Switzerland and eastern Europe during the 1990's... 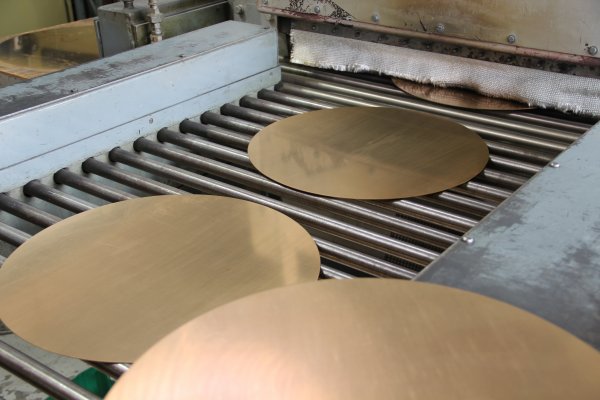 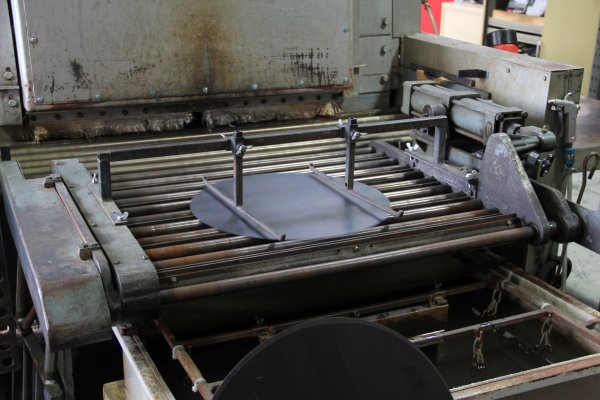 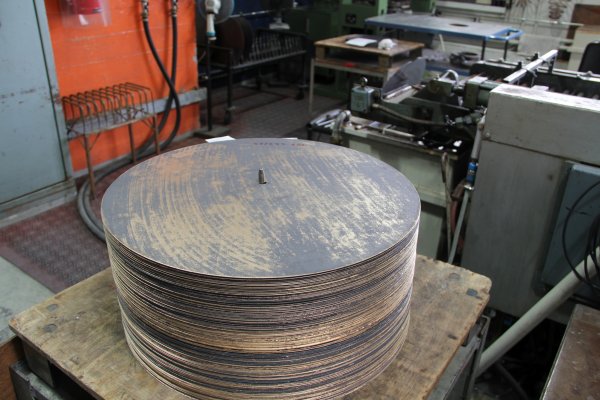 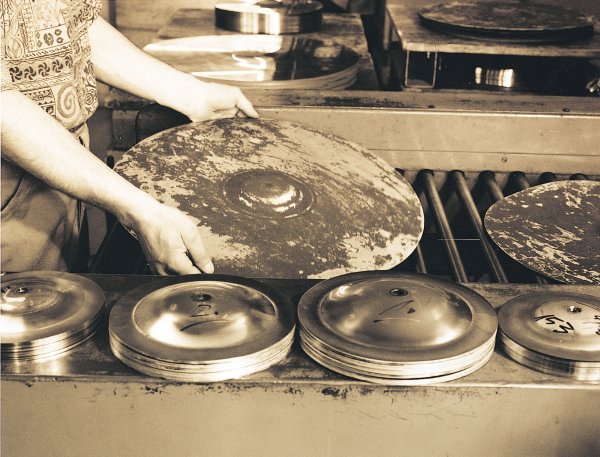 that's what I like about guys who think their story or their research is complete
they miss the most obvious...' )lol

Haha. Yeah, that's what I keep telling myself. And then...

I have every cymbal that I could possibly play in my remaining years even if I swapped out sets every three-four months. So what did I do in the span of a few days this week? Purchased a circa 1950s pair of Zildjian hats, another pair of Zildjian hats of unknown pedigree, and a Zildjian small stamp 20" ride. I am also bidding on a Zildjian small stamp 18" crash/ride. I am the guy who sold off all his Zildjians and went a totally different route. Yet, here I am, making impulse purchases of cymbals that I am not sure will go into rotation. I am the same guy who said, in essence, "I'm out" more than once on this very forum. I'll probably say that a few more times ... and will continue to succumb to impulse.

This thread inspired me to do an inventory of all my cymbals last night. Turns out I have 41. 1 of them being a 40” gong! I cataloged the model, size, year, serial number (where applicable), and weight. Currently Im working on taking pictures to fully document what I have. Only one cymbal I didn’t have on hand to weigh and write down its SN…my 23” A Custom ride 25th anniversary. My current cymbal weight total is 44040g (around 97lbs). This is not including the 23” and or the gong!
Curious if anyone else goes this far in their documentation?

Going in to this, I thought perhaps I had enough…..buuuuuuuuuut I definitely don’t! Haha

I am not going to say I'm Out (I know better), but anyone following my, er, antics the past week or so knows that I am probably at my high water mark with cymbals ... for the time being. The latest entries in this thread pretty much document my craziness:

I,like most, miss my cymbalholics.com fix. so here is a small attempt to connect to some of the stuff we had over there. so tell me what you got most recently cymbal wise.... I slipped up on a nice jewel recently. I bought a 60's avedis 24". seller mentioned that it was around 3400 grams. a...