i started profesionaly in chicago , played in new york 8 years with great players, lived in rio and met some of the great players there and in brazi the last 33 years or so. for sure living in new york really tightened my jazz knowlwdge to the max, rio really honed me in on samba and the start of learning about the incredable cultures in brazil. in various trips to salvador and working extensivly with an afro brazilian dancer , i played a lot of afro brazilian drums for dance music and candomble was one of the cultures i learned. candomble is the most powerful contact in brazil with people brought over as slaves from where they were in africa , retainging contact with their religion and the drums and danced that go with the religous rituals. there are various nations of candomble , angola, nago , jeje etc and one of them is called "ketu".

but to my surprise, basicly because ketu us the candomble that uses sticks on the drums not hand drums, i started perceiving that various rhythms they use, matched very powerfully with jazz rhythms evolution.
for example, bravum is and art blakey/jo jones lick (actualy the other way around) with the swing beat embedded right in it. here is a beat that has the whole swing era in its base.

there are huge other relevations that i would love to discuss , but they would take lots of time and breakdown. but this is one big reason i am coming into this forum.i very much want to share with you all, these tremendous discoveries i have made, make no mistake, no one else has made this detailed connection. there is a big band in salvador called rumpilezz that uses these beats over the authors big band songs and arrangements of his, and a group in rio led by a french guy called ketu jazz, but they are improvising over the beats, both not connecting how powerfully these ketu codes are all over all of our populoar rhythms , from jazz innovation evolution , blues, rock, funk, hip hop, etc.

i think if im going to make as bold a statement as im making,its a good idea to establish some kind of crdibility so you know what im talking about
B

i started profesionaly in chicago , played in new york 8 years with great players, lived in rio and met some of the great players there and in brazi the last 33 years or so. for sure living in new york really tightened my jazz knowlwdge to the max, rio really honed me in on samba and the start...

that was my new york crdibility and here is my brazil crediblilty. this is my lable with a whole bunch of cds that have great brazilian artists as well as some great american artists i have played with

i am sharing this information because it blew my mind in a huge way and there is no , absolutly no information about these hookups with black american culture and innovative evolution of beats grooves and dances in american music with ketu candomble beats and concepts

this information needs to be known
B 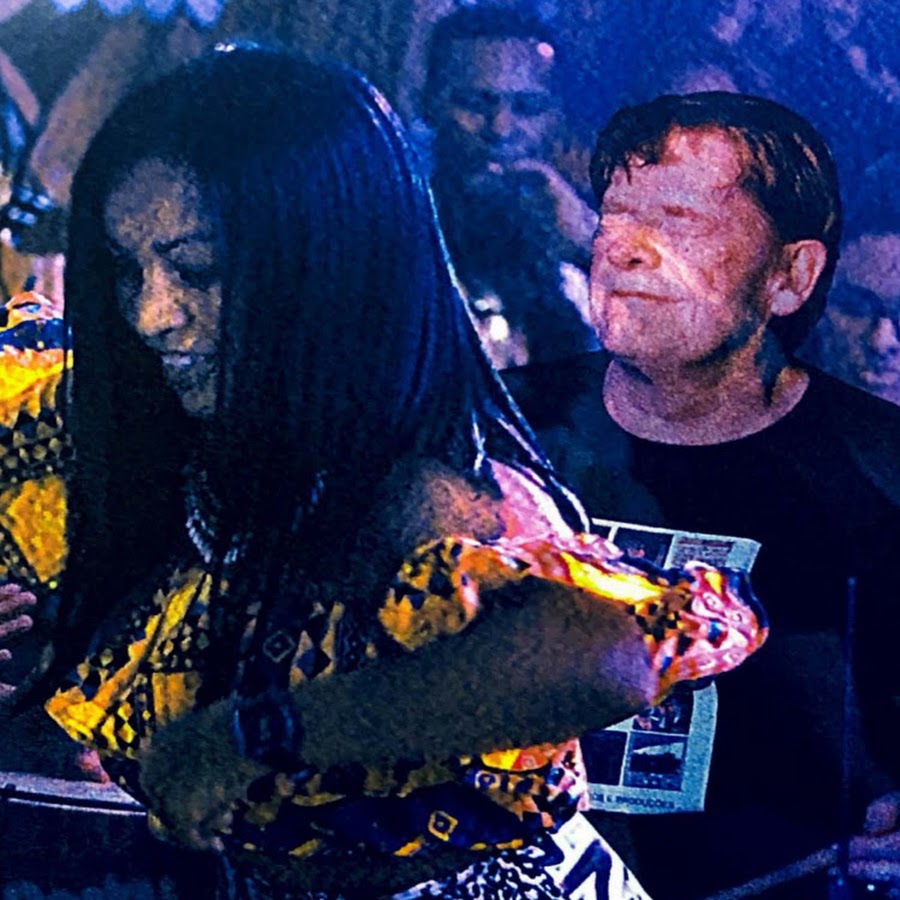 made a mistake ,this should take you there

Fusion meets at
Brazilian, Cuban and Jazz music
Which all go back to the African slave trade.
3 major ports
Brazil
Cuba
New Orleans
All western styles are descendents of
Samba
Rhumba
Jazz
Draw a connecting line thru them all.
Michael Spiro and
Mark Lamson
released this record 25 years ago.
If you are a fan of rhythm I suggest it.
Singing, drumming only.
Just like what had been going on on the
Dark Continent for millennia.
They kindly brought David Garibaldi into their circle and nursed him along.
(4:20) mark takes off into beautiful Samba.

thanks for bringing those clips in. jorje alabe is doing great work in san francisco , portland and i think he got to seattle. he used to play the oba oba shows in rio.

this clip shows kind of aguere , sato with a kind of bata version, a samba which the roots could be samba de caboclo or samba da roda , with rio instruments and the last is a ilu with maybe added cuban influences which the title implies

and i want to make it clear, these clips here arnt showing what im getting at about the clip i brought in. no one is making these connections. i hooked these rhythms to jelly roll, joplin, armstrong, ellington, bird, miles, trane , wayne . im just scratching the surface, i have huge amounts of material to show , like with art tatum, the whole hot fives , the charleston, all swing, modal with miles and trane , if it stays in aaba or 12 bar form.

its very easy to generalise about the connections between cuba, brazil, usa, jamaica, etc etc and africa. but no one has broken it down this deep

im not trying to ego trip at all, or diminish anyone elses work. wynton put out a fantastic dvd with african drumming. its great, but, the hookups are much deeper than equating 6/8 to jazz, and early congo square explains it

im getting that the people brought over in slavery had his culture, they tried to ban bury and destroy it , yet these codes came through. they didnt know brazilian ketu, which is more detailed and specific about the nature of the drumming and dance concepts. because it was banned ( it was banned in brazil also, but, the brazil slave trade was too big to bury it) they couldnt form a specific expresion. i find it mish mashed in black american culture, sometimes being the groove, sometimes the phrasing in the horns or soloist piano guitar too, and written into the compositions.many big bands just regurgitating what louis did.

in hot fives he did a lot of opanije.....who can tell you that or show you that? i dont know anyone who has made that connection, but , i have. people like jelly roll tried to call it the latin tinge, and you bet caribean rhythms were hitting new orleans, but, its deeper. its more like this opanije rhythm than 2/3 clave ,which you could also count in that. the opanije just covers it deeper.its not the latin tinge , its the yoroba tinge, and they got the words floating around in the caribean and south america meaning varius things , like rum in rumba, they call the solo in ketu rum.

check my record out and the next few things i bring in so i can try to lead you deeper into what this is all about. this is not an ego trip, this can shed deep light on swing and many ingrediants in black american culture. i cant listen to jazz the same way anymore, im hearing the ketu in it all over the place
B

check this out. this is deep dish bloco afro from pelorinho, with a bunch of guys from olodum who formed a farm team to break in new guys and grils. this is one of the best recordings of the sound of bloco afro mixed in pelo by vanderson and you will feel like you are in the middle. if you are going to delve into some of the afro brazilian rhythms , you cant leave out bloco afro, and this recording will put you into the middle. im on drum kit
B

there are verious styles on here, but coco from pernambuco( most of the north east actualy) . the folklorico groups are the real deal and speak to the past in brazil and music that was going on in slavery. its powerful , check it out
B

now i want to bring you back to ketu..i showed my jazz influences on the jazz standards afro brazilian rhythms, now i want to show you an in depth look at how i aplied these ketu rhythms to a back beat culture on drum set with the actual atabaque and bell. im not changing the sticking of the groove at all, im just putting in a back beat.

some of these beats should feel very familiar, but, there is no drummer playing drums exactly like this and its totaly coming from ketu candomble
You must log in or register to reply here.