I have an old John Grey banjo, made in England, probably c. late 1950s. The cool thing about it is that it is finished in the same drum wrap as used on John Grey drums - maybe Olympic and Premier as well. Just curious, what is the name for this color wrap (a purplish/brownish strata type finish)? Also, does anyone have a picture of a drum in this wrap? 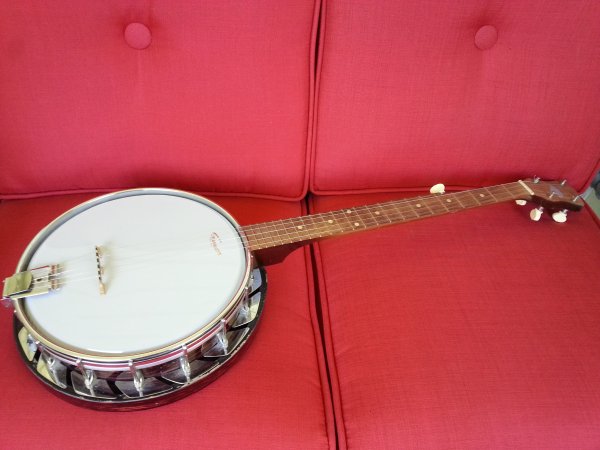 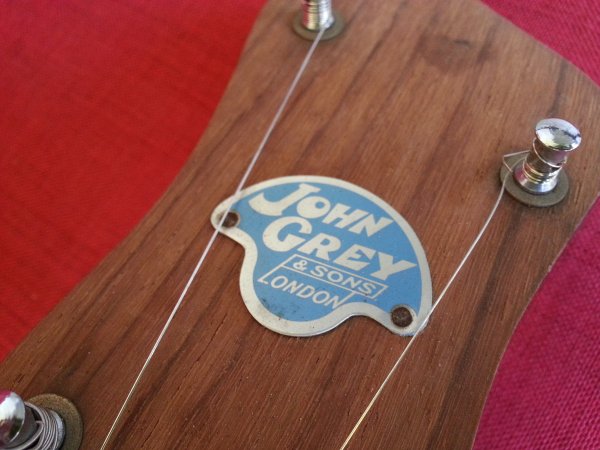 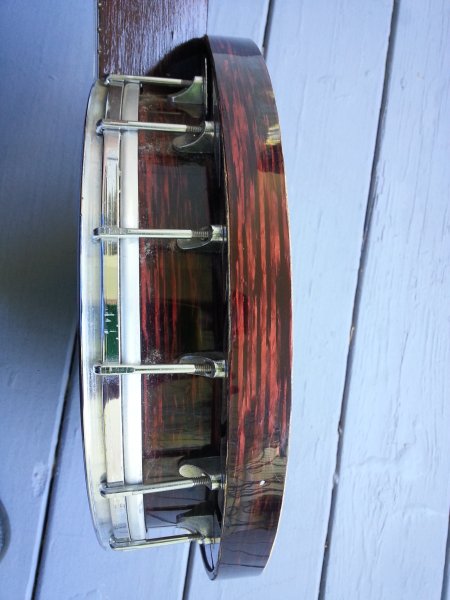 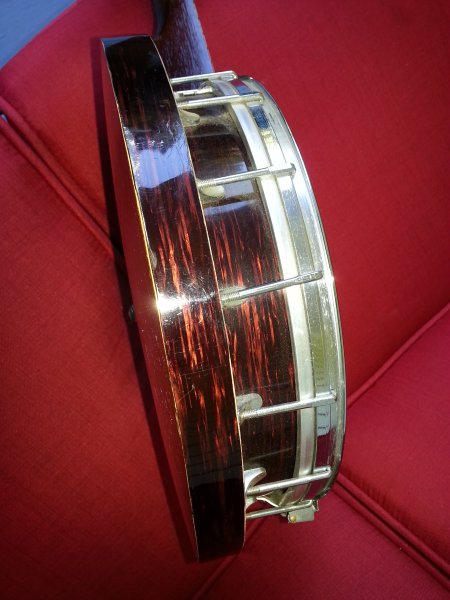 I always wanted to learn to play banjo. Never did. Cool looking banjo for sure.

Drums and guitars (sometimes just the pick guards and sometimes the entire body) often used the same finishes. I don't know enough about British banjos to comment on this particular example. A few months ago I purchased what I believe to be a British made piccolo snare in the same wrap shown on your banjo. It looks like an Olympic, but there is no badge.

Doesn't look much different from Premier Mahogany Duroplast, as used on Ringo's kit: 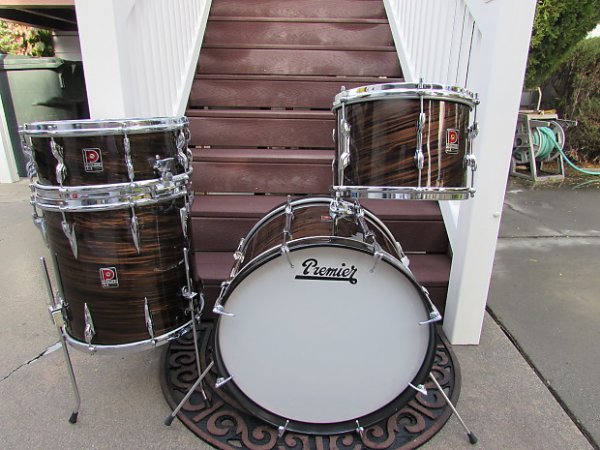 I think it's called red silk pearl. I had an Olympic 60's kit in that wrap. I use the floor tom as a very close match to complete a Sonor kit of the same era.