The pictures and description speak for themselves. Interesting concept, but I would think that it would take a lot of finger strength to achieve any higher tuning ranges.

Similar to what Trick has been doing with bass drums for years. I think there's another company what did this with bass drums. I've never seen it with smaller drums. 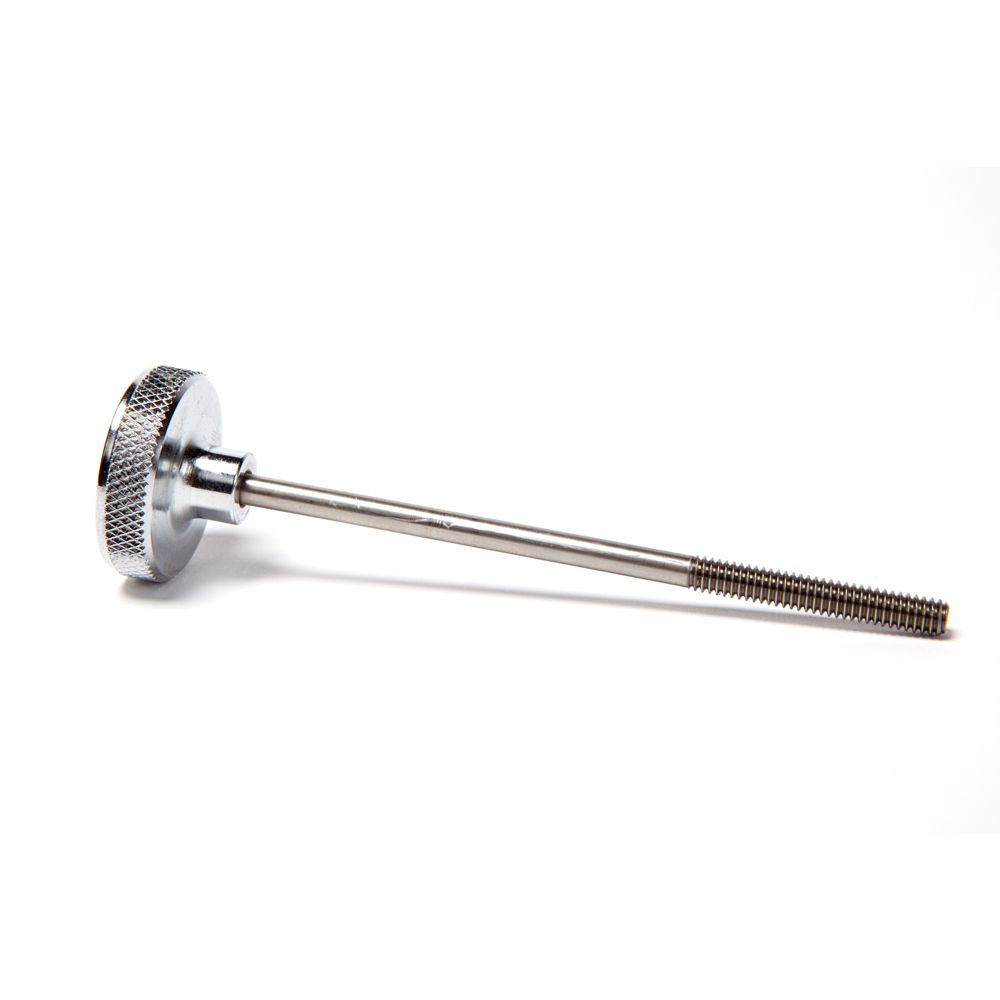 Built in house, standard on all Custom AL13 Bass Drums.

Great! Now every drunk moron and the bars who "thinks" they can tune drums will have their hands all over your kit re-tuning it. No drum key required.

That system has been around for quite a long time. Calf skins didn’t require the high tensions.
S

Yeah, why stick with something that has worked for a century? Or even longer in the case of wingnuts on timpani.

I always enjoy true innovation on our instrument, but all to often it's just reinventing the wheel! This is neither revolutionary nor orgional, but high marks for the attempt. And I know, the fact it claims to be patented would argue my last point, but it may just be they were the first to submit the paper work.

Not a new thing, and this iteration doesn’t really look like a good thing either. This has been done in quite a few variations, none of them about to replace good ol’ rods. A solution looking for a problem... I don’t think Ive ever had the thought “Dammit, if there was only some OTHER way to tension these drums!! Something not requiring this infernally effective drum key”

This version looks like it will have a couple issues - for one, it looks like metal on metal where the wheel hits the underside of the lug. As you tighten, you get friction and the wheel and lug grind away at each other. I don’t see them keeping tension terribly well either - that would require a second ‘wheel’ snugged up against the first, which quickly becomes overly bulky and less convenient. The wheels are going to want to loosen as the drum is played, and I’m sure you could fix that, but to what end? Why?

We could sit down for an hour and come up with a dozen viable ideas for securing and tensioning a drum head... The thing is - would any of them be an improvement on an already elegantly simple, effective method?

As far as revolutionary tensioning methods go, there are some very sexy and well engineered systems out there and some not so sexy. What they all have in common (so far) is that they aren’t really a categorical improvement on lugs and tension rods. It’s true that sometimes an accepted technology remains stagnant and unchanged due to laziness and lack of innovation. But sometimes it just works so well for its given application that it can’t really be improved upon without sacrificing this or that benefit. Such seems to be the case with our beloved lugs ‘n rods.

For all its flaws, I'll take the Arbiter AT "single lug" system over this in a New York Minute!

I was going to mention Arbiter AT. With good heads and bearing edges, this system should in theory trump t-rods - that is if you prefer even tuning all around. Anyone using them?

Just thinking someone should build a combination of Peavey radial pro and Arbiter AT.

Seb77 said:
I was going to mention Arbiter AT. With good heads and bearing edges, this system should in theory trump t-rods - that is if you prefer even tuning all around. Anyone using them?

Just thinking someone should build a combination of Peavey radial pro and Arbiter AT.
Click to expand...

I sold my two Arbiter kits years ago; I used them a lot, really liked the way they sounded. The bass drums particularly needed careful attention to proper head seating, especially if you tensioned up, then dropped the tuning to a lower pitch. And yes, the heads had to be good - if you were a heavy (or sloppy!) hitter, you'd be replacing them often. The bearing edges were perfect, all of them ..... on my kits at least.

I still have (and use) the first Arbiter drum I ever bought: a 12x5" snare. It's really a cool little drum!

Mike
You must log in or register to reply here.