Is this the oldest New LUDWIG AND LUDWIG drum ????

Wow! Serious collector piece. I bet it has a heck of a cutting sound to it.

Is there a Troll in our Midst?

D. B. Cooper said:
Is there a Troll in our Midst?
Click to expand...

Me? Don't start with the accusations, that could really get out of hand quickly...
C

D. B. Cooper said:
Me? Don't start with the accusations, that could really get out of hand quickly...
Click to expand...

Aw, Forget about it. I'm thinking of seeing what it sounds like with S-Hoops...

Commodore. YOU ARE A GOOD SPORT!
C

@KCJazz
I accidently deleted this in cleaning up the thread: The snare stand found with the drum has been dated 1888-1912. The Hamilton company was founded in 1870. 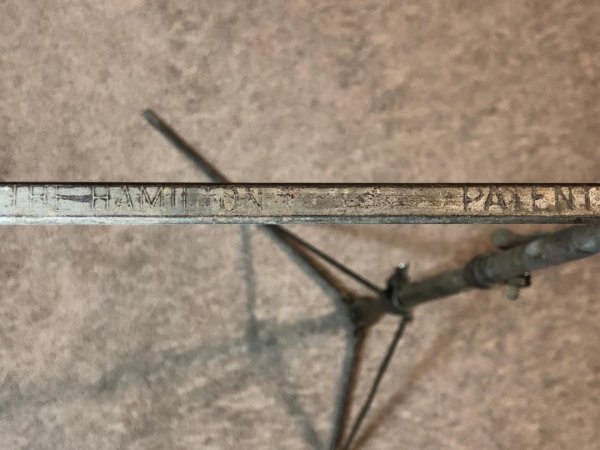 I’m just gonna add the Lyon and Healy Archives to my bucket list. How do I get there?
C

flatwins said:
I’m just gonna add the Lyon and Healy Archives to my bucket list. How do I get there?
Click to expand...

Ha Ha. You need to keep up!
…actually said ….one alternative to explain the state of the drums preservation.

What I’m telling you now …DON’T GO THERE! 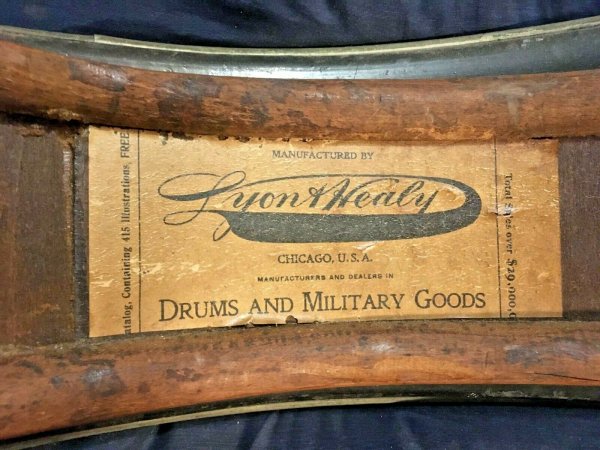 Lyon & Healy was retailing drums made for them by other vendors for quite a long time... This one is circa 1900.

ONE MORE TIME ...this drum is …not a Universal…