Local Craigslist ad asking $450 bucks for a cracked and key holed set of hi hat cymbals.
Don't know much about the cymbals,but why would a seriously damaged set of cymbals be worth $450 bucks?

The damage shown is very minor, and they're Istanbul Ks. That price isn't out of line, when compared to going prices.

I’d play those in a heartbeat.

They're worth what someone will pay for them.

pgm554 said:
Local Craigslist ad asking $450 bucks for a cracked and key holed set of hi hat cymbals.
Don't know much about the cymbals,but why would a seriously damaged set of cymbals be worth $450 bucks?
Click to expand...

Because if they didn’t have those flaws they would be in $700-800 range I guess.

Uncracked sets of 14 have been available the past year in the $450-$600 range. $450 for that pair seems like all the money. I sold a 14" bottom cymbal stamp III with numerous bell hole cracks for nearly $200 on Reverb. For many, it's still cheaper than trying to wait for a pair with no issues. If you want a "perfect" pair in the "right" weightings with stickers and signatures, then they might indeed go for $700-$800. I had a shot at a set of Type III 15's last year meeting that met the "perfect" criteria (except for sigs) at the $650 level. Deal fell through when seller disappeared.

I guess if you play with brushes they might last.

Just for a point of a comparison, I bought my 14" New Stamps at the perfect weight of 795g / 990g for $600. No cracks or concerns. Signature fully visible under bell. 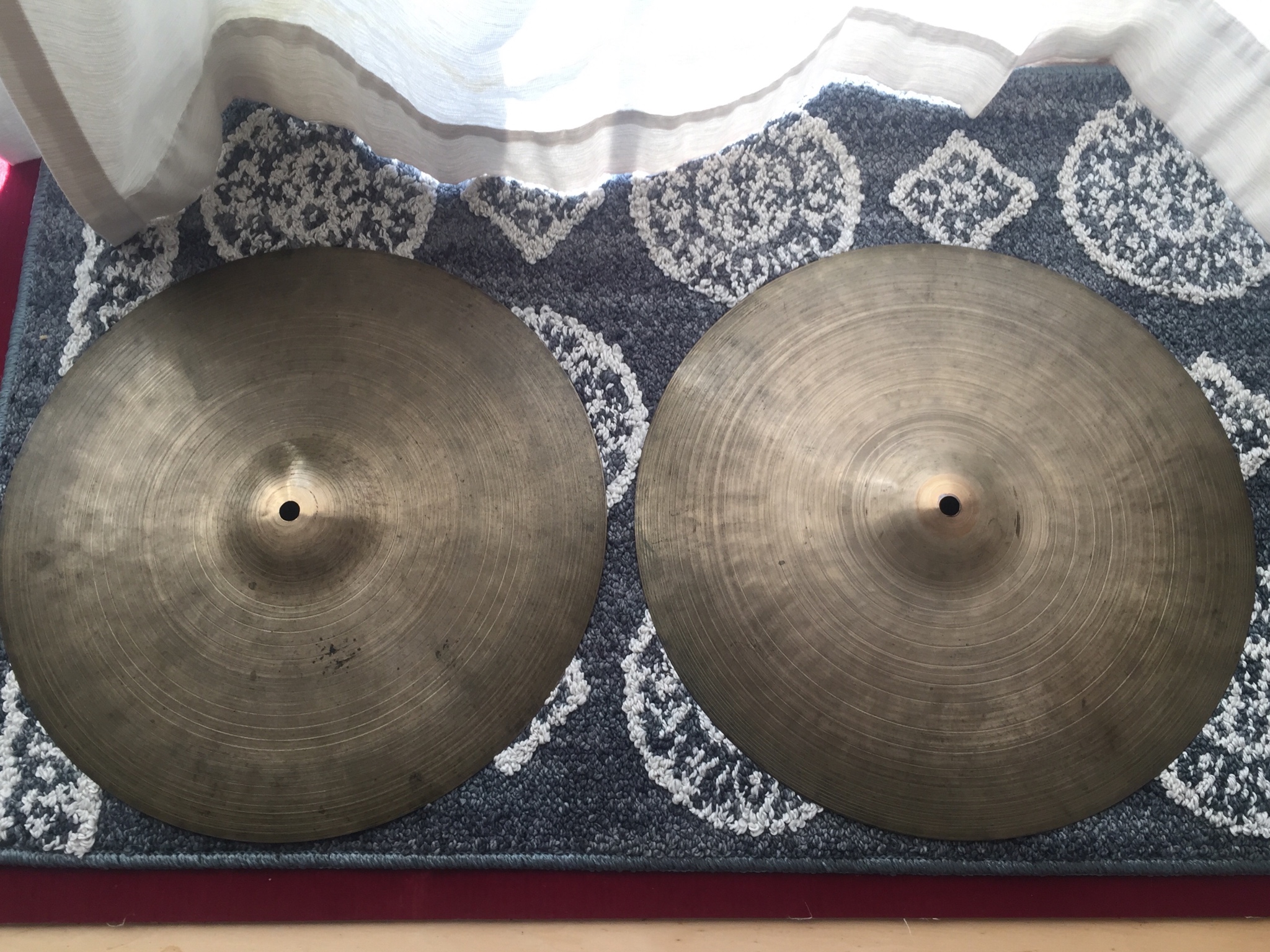 Some don't care about the little cracks on the hole. If they aren't a big deal, you might find a holy grail sound wise. I've owned several Isty K Zildjians. Out of the best-sounding ones, many had cracks. There was one that I had that had a bit of cymbal material gone from the hole from cracking. Nonetheless a great-sounding cymbal. In the end it is about the sound. That's why the imperfections can be overlooked, especially if the price is better. These old cymbals (especially the thin ones) often have cracks. It's just an occupational hazard for old Ks.
G

I just got these 13’s. Top is a K, bottom is an A
The holes are oval shaped w no cracks
Paid $350, and they sound great
After reading this post, I feel a bit better about my purchase

Those hole spiders didn't happen over night. I surmise they happened over 15 to 20 years of prior use on lesser stands than we use today..
In the 12-15 plus years I've owned gigged and played them , none have budged none have gotten worse.

They're Zildjians remember and (from either continent) are as tough are as equal to, are comparable to any and every A from the same time period. Sound wise they're a whole nother complex deep dive but yet equal in strength. And that's a good thing. Celebrate it.

One thing you must always have to remember about Old Ks in comparison with modern cymbals is : They were not Tailored. They were not tailored to be "drumset" cymbals for "drumset" usage as we know "that" today. (whatever "that" is)
At most/best they were (are) Classical cymbals meant to be played in pairs.

With that said, well, that's about it.
the fact that some of them are awesome and some are just good/great is just a byproduct
happenstance. The odds are always very high. The standard was high. Not that they knew it.

Because they had nothing (much) to compare (themselves) to. Once the type of viewpoint and marketing specifics began to become prevalent, they were ceased closed down.

But they're definitely -in root construction- Zildjians. American Zildjian took from them
and carried on and ran concurrent with the now modern conception: input from drummers and with drum set ideas. It was just happenchance some (most, if not all) Old Ks thrived as suspended single cymbals.

I'd like 59 cents for that speech
please send remittance to:

Yesterday at 12:09 AM
dustjacket