Whitten said:
I have a similar drum. I didn't know they were rare and to be honest I've never had that great results with it, as opposed to the rest of the kit which is....killer.
View attachment 407013
Click to expand...

Nice drum! Is it refinished, by any chance? Interesting that you haven't been enamored with the sound. When I first purchased mine it sounded great, then I changed the heads and it sounded not-so-great. I went back to the heads it came with and now I am happy. It may be a combination of head type, but also how broken-in the heads are. I tend to like heads that are broken-in (including real "vintage" heads), as long as they aren't abused. For new heads I like Aquarian coated (unless the shell is oversized, and then I go for the American Vintage). I also find that while people extoll the tuning range on Oaklawn drums that my 6.5 inch snare drum really shines with a medium to medium-high tuning. If you tune for a low, fat tuning, it probably is going to disappoint. I'd be interested to hear your experience, although it might be advisable to start a new (non-Jim Gordan) thread about Camco Oaklawn 6.5" snare drums at this point...
W

Yes, the whole kit was covered in White House paint. So I stripped it off and quickly protected the drums with danish oil.
I've tried the snare a few different ways. I find that a coated Ambassador works well on most drums.
It sounds OK, but not amazing. The bass drum and toms on this kit do sound amazing though.

i must revive this thread to ask, specifically the now owner of the kit, was it the real deal?

I don't have a ton to add to this other than a cool story from a friend of mine. Back in the early 90's my friend decided to move to San Francisco to try his hand at music in a different area(we are new England). When he got out there he ended up befriending a guy that was actually in AA or something like that with Jim Gordon. I'm still kind of foggy on details but in a nutshell, Jim had a storage unit with all of his drums and stage clothes from all the years back. this also included stuff that was Eric Clapton's and what not. The storage locker had a Ludwig set and a Camco set though I don't know the full details as my friend is a guitar player that does not pay close attention to drums much. I think he does now more so because of me. Anyway the storage unit lease was running out and since Jim knew he was never going to get out of jail, he had this friend of his (who was now rooming with my friend) clear out the storage locker and sell all the contents off.

This was all early 90's and at the time this all happened, I was off trying my own music thing somewhere. It was way before cell phone too and my friend tried to get hold of me to see if I wanted to buy one of the sets cheap. Of course I was not anywhere where this guy could find me so I only heard about all this much later when we both moved back to New England. My friend helped this guy sell a full storage locker full of stuff and I think he ended up with a small 60's Fender practice amp that supposedly belonged to Clapton. Of course none of this had any paperwork so proving any of it would have been tough. Though now I see that his Camco set seems to be the real special set, my 20 something year old self probably would have tried to buy the Ludwig set had one been offered to me as my Ludwig collecting bug was just starting to hit full swing.

I only say all of this as I can totally see how this Camco set may have ended up floating around with no real back story to it. I'm sure it probably sold cheap back in the early 90's too if this is in fact the same set. On a similar note, I did an article for Not So Modern Drummer about John Densmore's Mod Orange set he used with the Doors. It seems unthinkable to me that something like that would leave John's possession and he doesn't seem to care much. I did my article on the surviving floor tom and as far as I can tell, the 20 and 12 have been lost to time. From my research I can gather that John traded the set to Robby in the early 80's. from there the drum(s) was in a storage locker owned by former Doors roadie Vince Treynor. The contents of that storage locker were then sold off at some point and this is how the floor tom wound up in the hands of a collector. I saw the drum in person and using pictures was able to match up the swirl patterns in the finish much like people here are matching up wood grains. I would have no doubt whatsoever that the Camco set in question was Jim Gordon's given all the evidence shown here. 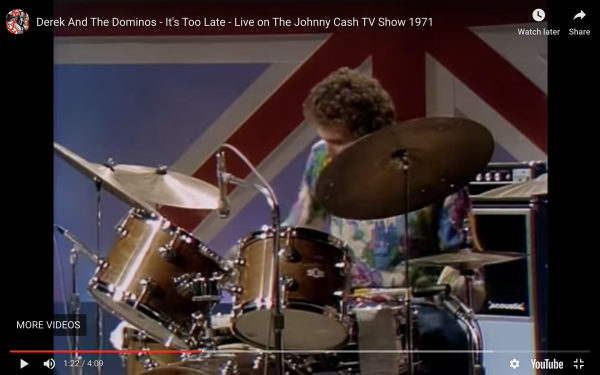 Its wonderful to look back then drummers often brought their own personal kit everywhere, no matter where they played. We can identify their link to it.....whether its Bonhams green sparkle Luds, or Gordons' Camcos, ....
I know its more practical but I find that less satisfying nowadays seeing a drummer play with a different and often 'brand new' company-sponsored backline kit in every appearance, TV show, concert whatever.....

That's not the same kit as the auction.
J

Didn’t somebody in this thread at some point ask if they could just see the floor Tom seam they might know an identifiable mark on the drum? Or did I just imagine that?!?! Haha 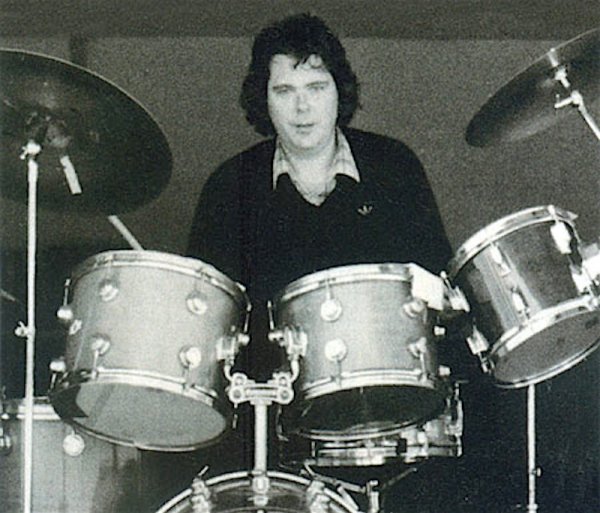 If you look at the lower part of the floor tom in this image you can see a light line that runs around the floor tom. There is a very pronounced line that runs around the center of the shell in the pictures that you posted. It appears to be in roughly the same spot and similar in size. I wouldn't necessarily hang my hat on that but it is similarity in the two images.
J

If you look at the lower part of the floor tom in this image you can see a light line that runs around the floor tom. There is a very pronounced line that runs around the center of the shell in the pictures that you posted. It appears to be in roughly the same spot and similar in size. I wouldn't necessarily hang my hat on that but it is similarity in the two images.
Click to expand...

Well let me know if there are any other close up shots you want me to take of the drums and in which areas..I’ll post them.
Last edited: Apr 16, 2020
J

Jpollard8 said:
Well let me know if there are any other close up shots you want me to take of the drums and in which areas..I’ll post them.
Click to expand...

I know of a picture that’s pretty much proves that it’s his set It’s hard to find though. I can try to describe it if you want .it’s a daytime shot of the shf concert outdoors. And jim has sunglasses on Playing that set. The woodgrain is a dead on match on the hi Tom. It should pretty much authenticate your set as being it. Please send me some pictures of the set as I would enjoy that.

SFH? I don't know what that stands for.

thin shell said:
SFH? I don't know what that stands for.
Click to expand...

I think he meant "SHF", for the Souther-Hilman-Furay Band.

"New" pic I found.. Check out the scuff over the badge.
This must be the Oaklawn with the 24 inch bass. 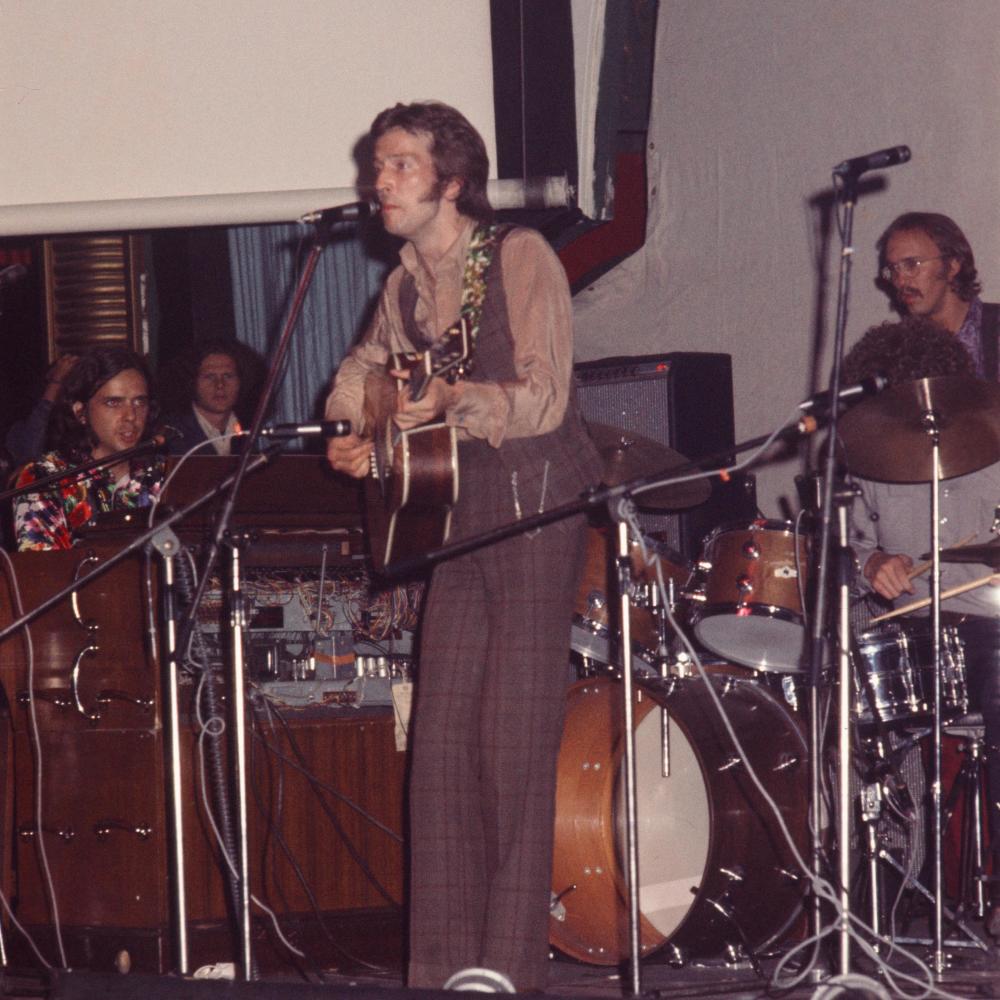 Didn't go through the whole thread, so apologies if this point has already been made, but I notice that, between the b&w MD pics of Jim on the kit, and the pic provided from the ebay ad, that the badge moves from the 12 to the 13.
...just an observation. 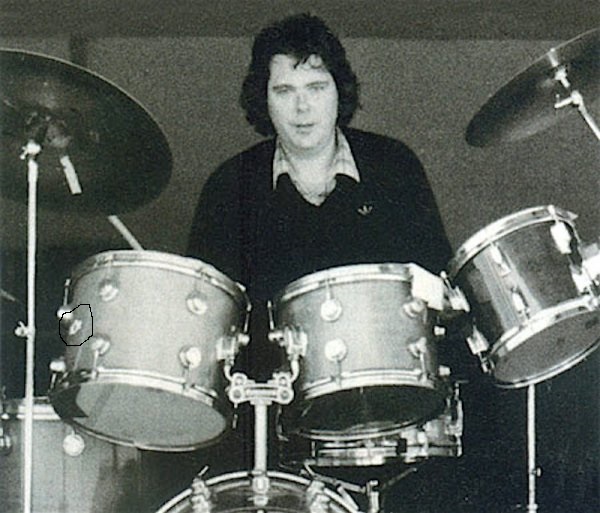 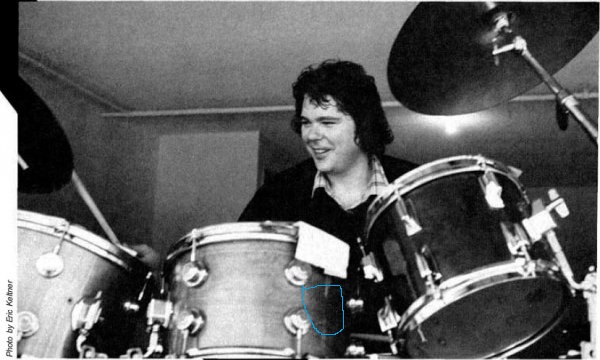 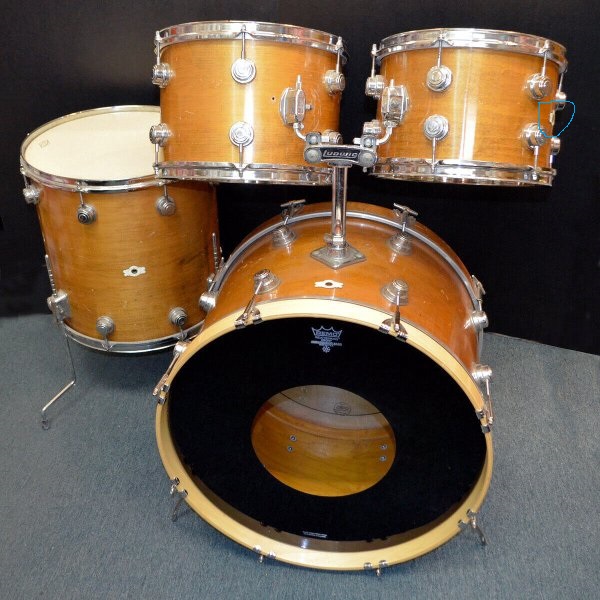 The small rack Tom was mounted upside down on the old pictures. This is how he used it. In the auction photo it is mounted right side up.
J

thin shell said:
SFH? I don't know what that stands for.
[/QUOT
Click to expand...

Jmccorm665 said:
The small rack Tom was mounted upside down on the old pictures. This is how he used it. In the auction photo it is mounted right side up.
Click to expand...

Jmccorm665 said:
this picture I’m talking about 100 percent proves that Tom is identical with the woodgrain The drum had stickers on it saying (xr2)or something It’s a daytime outdoor photo I used to come across this photo but can’t seem to find it now
Click to expand...

I was replying to Elvis.

Hopefully we can come across this picture that you describe. Thanks for providing more information on the picture.

thin shell said:
The small rack Tom was mounted upside down on the old pictures. This is how he used it. In the auction photo it is mounted right side up.
Click to expand...

Then how did all the grain features of the shell match up, like you showed in your one post?
if the shell is flipped over, wouldn't the grain patterns have changed, too?
You must log in or register to reply here.