I've never seen anything like this...anyone know who made it...Rogers? That Italian company maybe?

Hole in nylon ball which he used for a straight and boom cymbal stand Note:(cymbal parts not included just. ).
www.ebay.com

think so, Fibes used the hardware in 70 too. 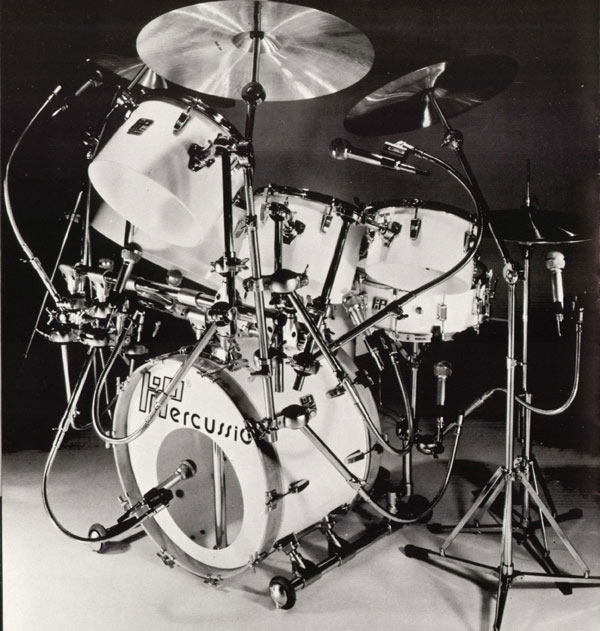 5 Drum Innovations that Never Caught On

From too ahead of their time to too out to lunch, the drum industry has innovated some truly wonderful flops.

.. scroll to 3
Italians are usually 50 years ahead of time ; )
and then never get credit
only scorn (ha.

I own one and consider it the finest snare stand ever made. Nor do I make that statement lightly, as I have owned virtually every other manufacturer's snare stands, none of which even come close to the Meazzi. Sadly the item for sale is missing two of its neoprene feet, but a retrofit work-around will probably bring it up to snuff for the lucky new owner. 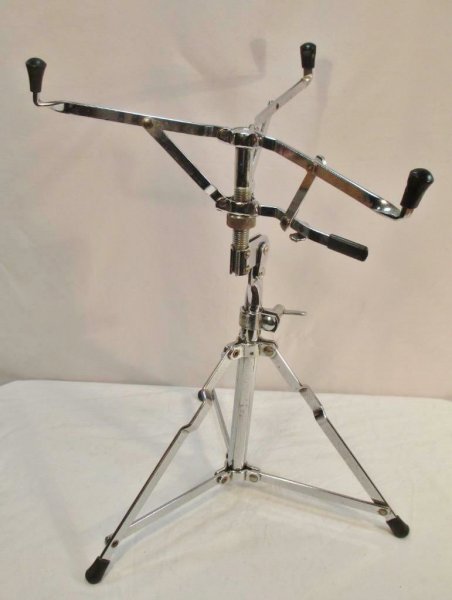 as the 60's -70's Bloody Rich Rocket Slingerland which I always liked (eventhough it would occasionally release and abruptly lower the snare) The Maezzi has a spring tensioner which probabbly holds better. I wonder who stole who's look?

Several features distinguish the Meazzi from other brand snare stands:
1. The tripod has a shorter leg span than usually seen in others and is securely locked from the bottom underneath the tripod base with a large knurled spring loaded thumb screw.
2. The entire stand is designed with a lowered center of gravity and never moves around on the floor or the stage on which is it set.
3. Snare basket height is greatly extendable for standing performance or for use in holding mounted toms. In addition, the actual span of the basket arms can be locked in place with a set pin, allowing use with drums of variable diameters with no movement of the drum once basket arms are set.
4. There is absolutely no movement from side to side of the tripod or other parts of the stand when in use, as is seen in other manufacturer's models.
5. The large neoprene ball in combination with the floating spring beneath the basket section actually provide a cushioning effect when performing. I've never experienced this in any other snare stand.
6. Last but not least, the entire stand quickly breaks down to pack completely flat, weighs far less than most competitors models, and the chrome plating is superb.
You must log in or register to reply here.
Share:
Facebook Twitter Reddit Pinterest Tumblr WhatsApp Email Link