Don't stumble across these very often in the UK....

A mate's boss died last year leaving a lot of drums behind that his widow wanted an idea about price, though she mainly wants them played by people who'll want them.

I won't mention all the bits that were there, though I probably wanted all of them

Anyway I picked up this beauty for a fair price for both of us, and a few vintage Ks as well (I'll do another thread on those shortly)

A few questions for those in the know: Is it a Broadway? Is the finish the original? Is it mahogany? I'm assuming the 54 is the date of make but what's the other bigger number all about?

Anyway it's lovely, a keeper. Die cast hoops maybe choke it too much for me but it has a great Krupa type sound. Happy days.

Good, lad! That drum's a gem and hard enough to find in that condition Stateside.

Sorry I don't have answers to your questions. Someone will likely be along soon...I do know it's a Leedy and LUDWIG, not just a Leedy.

studrum said:
Good, lad! That drum's a gem and hard enough to find in that condition Stateside.

Sorry I don't have answers to your questions. Someone will likely be along soon...I do know it's a Leedy and LUDWIG, not just a Leedy.
Click to expand...

It’s a 6.5” Broadway made in November of 1954. The merge of the Leedy & Ludwig names only lasted from 1950-1955 and for what it’s worth I’ve never personally seen one of their drums stamped later than ‘54. The hoops are original and should be brass under the plating. The tension rods look to be original as well. Usually Leedy & Ludwigs were painted white inside but the occasional unpainted interior shows up. Lacquer finishes were an option though most were done in a striped duco pattern. The finish that’s on it has definitely been there for a long time so it may be original.

Very true! Same drum but Ginger had the 5.5 if I remember correctly.

flatwins said:
Very true! Same drum but Ginger had the 5.5 if I remember correctly.
Click to expand...

He said it was given to him by Kid Ory’s drummer.
F

From the looks of it, I’d guess that to be very possible.

I believe it was a 40s Leedy, yes. Though only the badge would have been different.
F

Ply drum…He would have sounded even better..on a pre July, 1939 solid maple!
F

That was the cutoff point for solid maple..is my understanding…..

I've never been a fan of him. UK drummers of that period I'd put Mitch Mitchell way ahead, and Keith Moon, Bonzo etc.

Beautiful Leedy and Ludwig Broadway. It looks complete and original. I’ve got a 51 that I love. 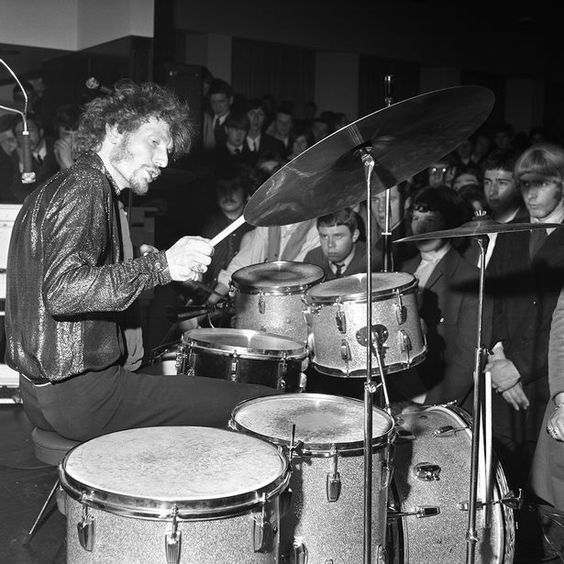 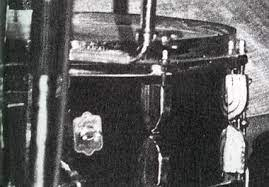